After the three-day sail to Suvarov, with nasty conditions the last 18 hours, we safely arrived and navigated the pass easily. The Cook Islands apparently don’t have a budget for navigation aids so it was 100% eyeball navigation in through the pass. This particular island is a national park of sorts and can only be visited by yacht, as there is no other way to get here. The sole inhabitants are the park warden and his family. This is a unique job as they send you off with six months’ of supplies and then usually send a ship to pick you up at the end of the season. Last year the ship didn’t work out for some reason, so the warden and his family hitched a ride on a visiting yacht to an adjacent island 400nm away that had an airport to get them home. Further, food supplies are haphazardly allocated so most years the “cruisers” supply essential food to keep everyone healthy on the island. We really cleaned out our stores of provisions and made a nice donation as we are now only days away from American Samoa where we hope to do some extensive provisioning. This year’s warden brought along his wife and four young sons, so they were really putting a dent in food supplies and were out of basics like cooking oil and flour. Every other day the warden and family lead a guided tour to one of the motus to explore nesting frigates, terns and boobies, as well as the best snorkeling spots, shipwrecks and turtle viewing locations. Potluck dinners ashore every few days are great social occasions with much international diversity and give the guys a reason to get out the fishing poles and do some trolling around the lagoon for fresh fish to BBQ. We were lucky to catch up with sailing friends on s/v Serenity and make many a new here at Suvarov 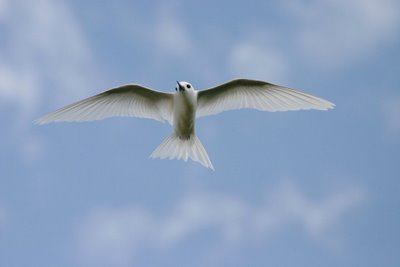