Topor Man! Topor Man! Watch out for Topor man! He comes around in the weeks preceding Kastom (traditional) festival and chases women and children and if he catches them beats them with his stick. The kids are terrified of this villain and run and hide when he appears or is rumored to be lurking. I narrowly escaped a whack on the head just seconds after I snapped this picture. 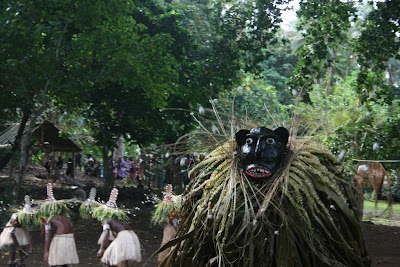 One of the KastomChiefs of Gaua island leads a dance. 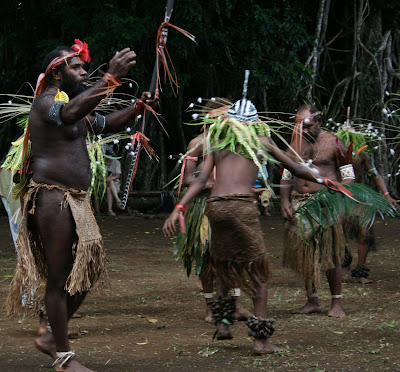 Kastom Sea Snake dances are seen specificaly in the Northern islands of Vanuatu. We were lucky to catch this amazing perfomace at the Gaua arts festival. The Kastom dancers wear elaborate headdresses and paint their bodies with horizontal white stripes, in resemblances to Sea Snakes found in the surrounding ocean waters. Local legend recounts of how the Sea Snake once saved all the fish in the sea, by driving off the shark who was attempting to fill his belly with them. As the fish were now free to multiply in numbers, apparently the Sea Snakes are now seen as a symbol of fertility and homage to the Sea Snake is meant to promote successful fertility among the tribal members. 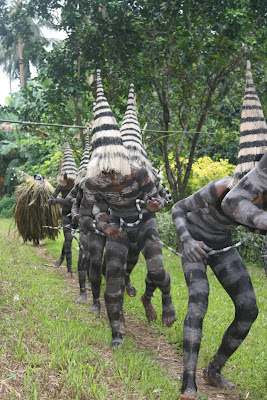 We invited Peace Corp workers on Gaua over for a pizza dinner and beers. This was quite a treat as there there is no pizza or cheese or pepperoni to be found on Gaua and they had been there a long time. 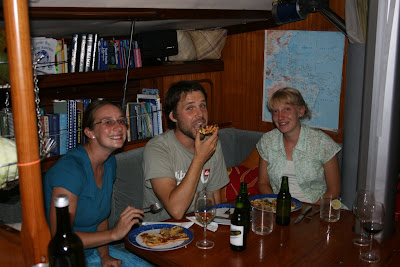 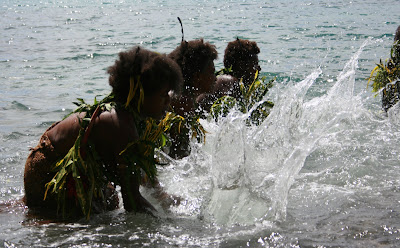