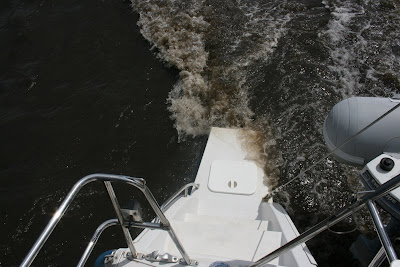 Waters of the Okeechobee. Don't you love to say Okeechobee? 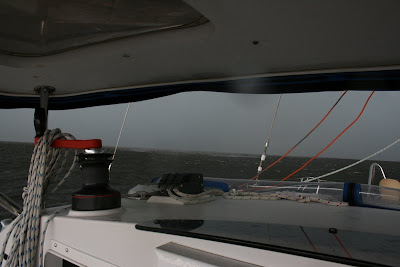 Waterspout approaches Pacifica on Okeechobee. We crossed paths with a huge thunderstorm about six miles from the edge of the lake. We'd been watching it coming and were tracking it on the radar. The tracking was a little futile as the storm took up half of the screen on 24nm range. .. there was no avoiding this thing! As it approached we spotted a water spout and immediately dropped the anchor in about 10' of water. Kathy was on the foredeck attaching the snubbed as the spout approached as I tired to hold the bow into the wind and screamed at her to forget the snubber and get inside NOW! Winds quickly passed gale speed spindrift and foaming water was blown in heavy streaks and stining rain and hail made visablity maybe 50'. Then the wind picked up even more and approached storm force of 48 knots. I saw a sustained 47 knots before I decided there was no benefit to staying on deck and ducked inside. Lightning was crashing down and visibility nil and I was glad we had six miles of sea room before we'd end up on a beach. There was no way to fight this wind which may have peaked near 60 knots. It was by far the most scary thirty minutes I've spent on a boat as I was positive we'd be hit by lightning and maybe even be blown over! It's pretty ironic that after all our ocean passages I found myself most frightened on Lake Okeechobee! 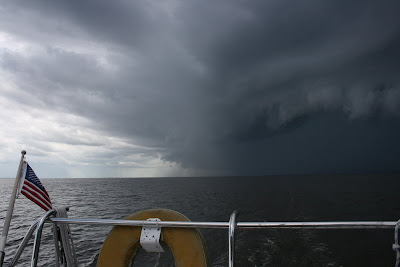 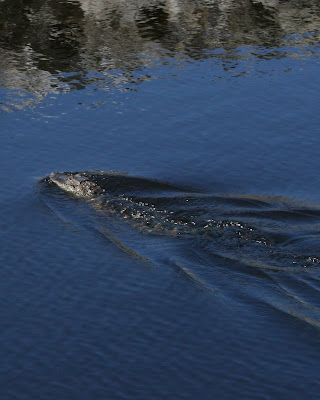 Gator. One of hundreds we saw on the passage 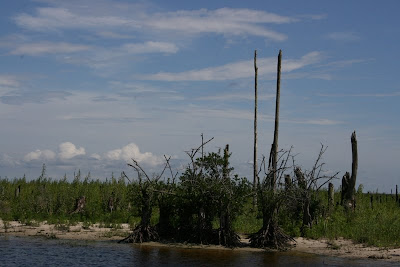 Scenery changes as we approach the lake Okeechobee
Posted by David Kane at 7:43 PM