I took a few screen snips of Cyclone tracks in the South Pacific 1969 to 2010 via an interactive tool found at http://www.bom.gov.au/cyclone/history/tracks/

The tool allows selection of a date ranges and distances from either a major city in the South Pacific or user keyed GPS coordinates. Additional Information is available by hovering over a track and or double clicking a track to download even more info.   Very cool and by far the best South Pacific Cyclone track visualization tool I've found. 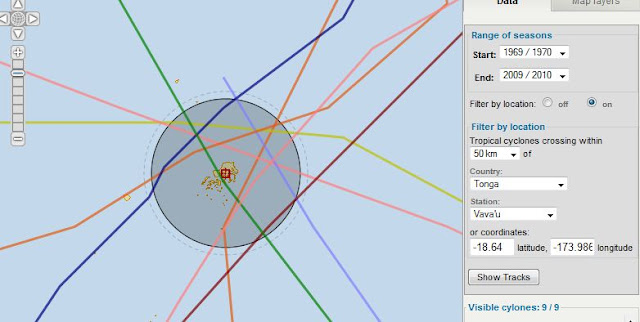 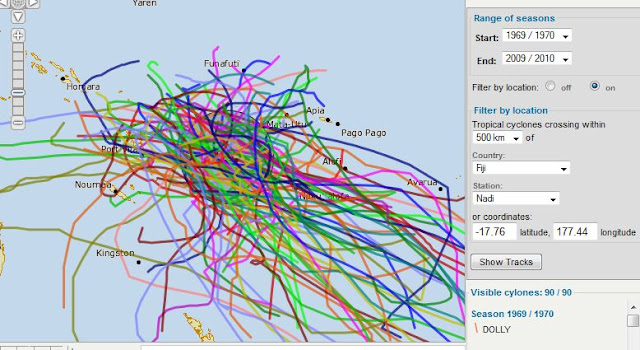