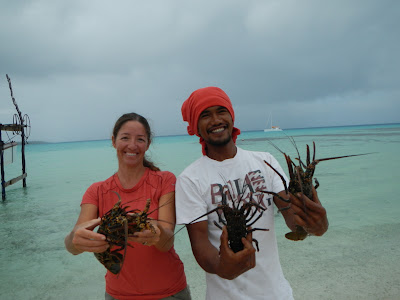 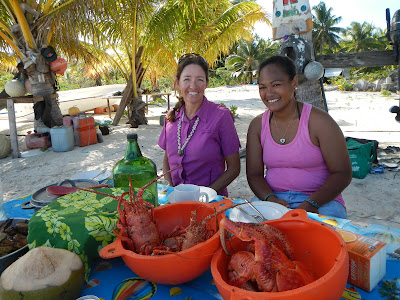 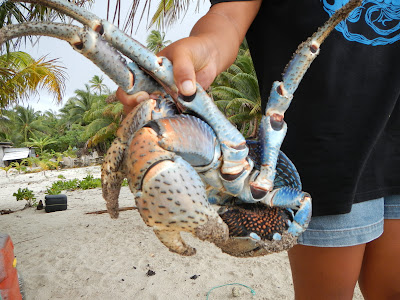 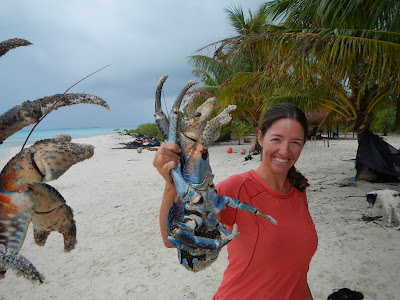 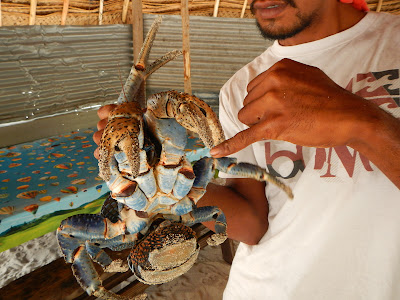 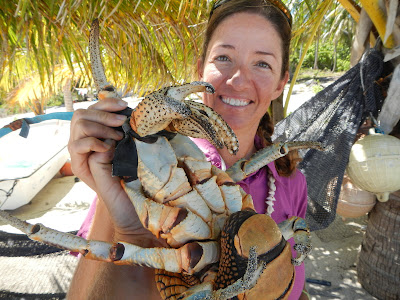 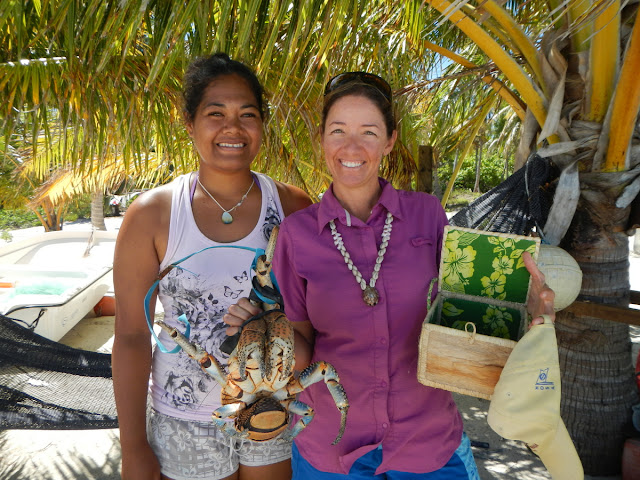 We joined Adrian and her two daughters Faimano 23, Puaiti 21 and son Hio 24 for an amazing breakfast of Lobster, Coconut crab, fresh coconut doughnuts and Kathy's contribution of a fresh loaf of banana bread. Absolutely an incredible spread with more crab and lobster than we could eat at one sitting. Unlike the for profit meals at Anse Amyot, Toau in the Touamotu, this was a genuine show of island hospitality and a reminder that few a pearls of true South Pacific hospitality remain on the fringe of French Polynesia. We reciprocated the kindness with gifts of a sprouting tray and 30lbs of organic sprouting seeds. Kathy gave a lesson on the spouting process and the health benefits of fresh wholesome sprouts. Later the girls presented Kathy with another beautiful shell necklace, this on an extraordinary flower shape constructed of stunning cowrie shells and nearly the size of a large saucer.

To put the remoteness of Maupihaa in context consider it's location near the middle of the Pacific Ocean, lack of an airstrip, non-existent communications links to the outside world, only 12 people and a single supply ship every eight months.

Hio took us for a walk across the motu where we skirted the edge of a mile long rookery of thousands of Terns. Amongst the low scrub with a tenuous grip on the hostile shoreline huge numbers of spotted Tern eggs and fledgling chicks rested under the watchful eye of the wheeling parents aloft. Hio showed off his finely honed skill of spotting a fresh egg vs a ready to hatch visual twin based on scuff marks on the thin veil of sandy soil. With so many sea bird eggs available it's easy to see why the locals don't bother with domesticated chickens.

Today we're taking some of the local guys on an offshore fishing expedition outside the pass in search of Tuna, Mahi Mahi or Wahoo. So far it looks like Hio (Northern motu), Kevin (North central motu) and Mike (South central motu) will be joining us. It sounds like they also want to do some spear fishing which could get interesting.

Like our time anchored at the Tuamotu atoll of Raroia we have enough sharks circling the boat to make us think twice before jumping in the water.