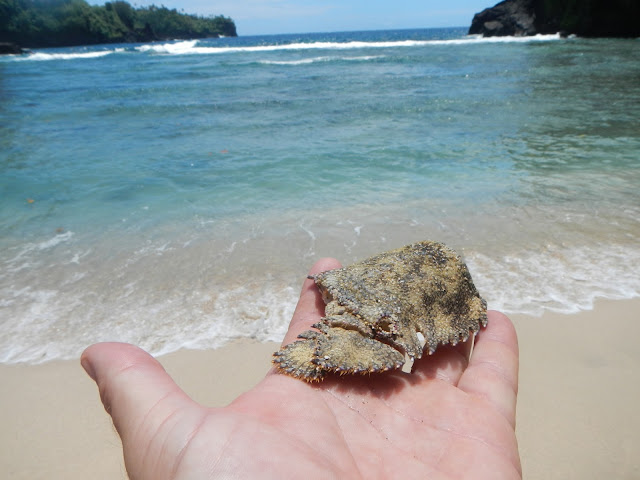 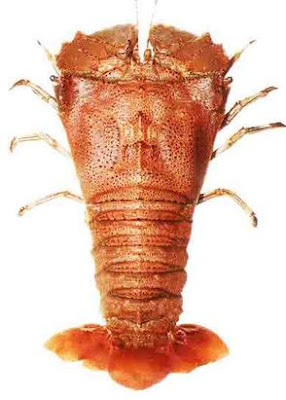 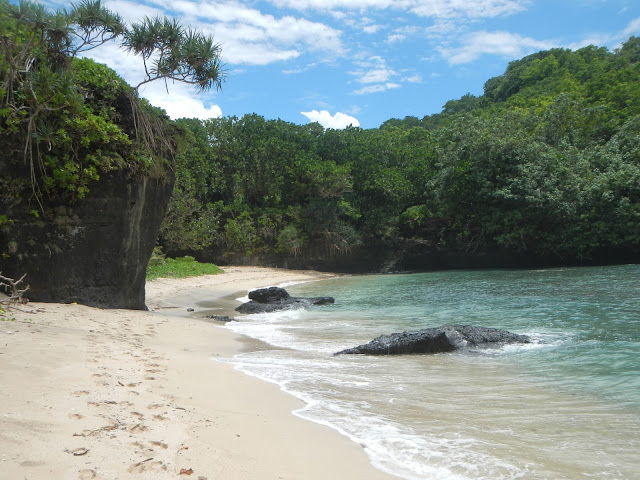 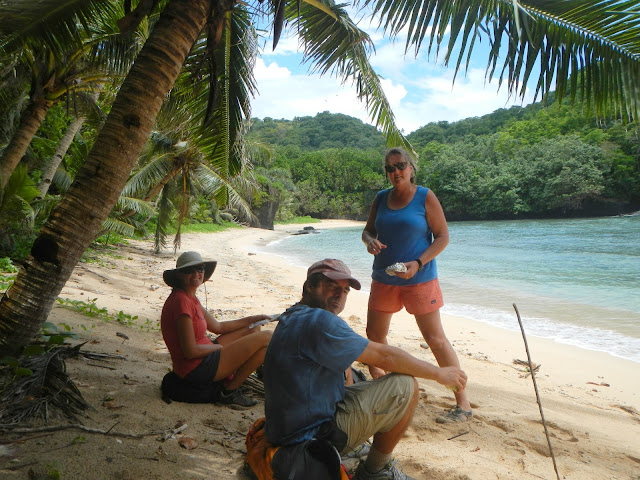 Lunch break at Fogama'a Cove with Kathy and the crew of s/v Songline, Fred and Cinda. 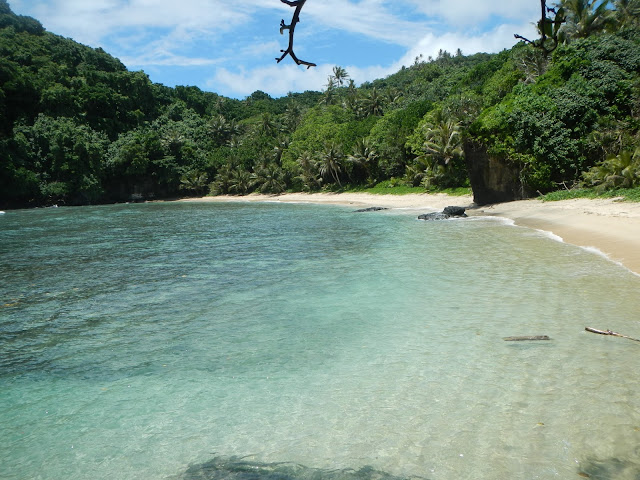 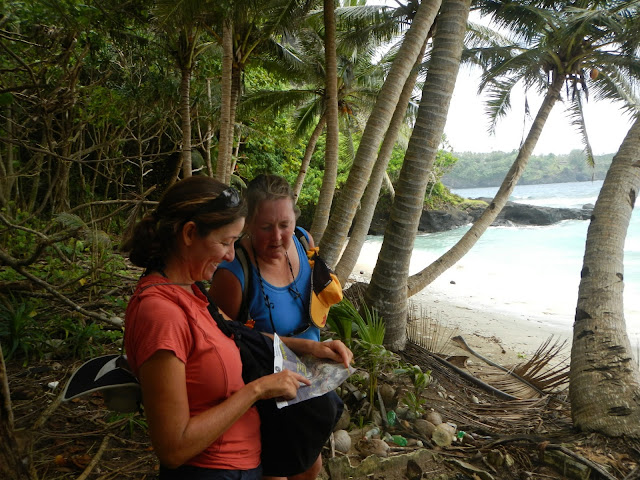 Are we there yet?  Kathy and Cinda decipher our cryptic map as we complete our mission of finding Fagalua Cove where we swam through a sketchy shore break and snorkeled outside of the reef wall.


At one point we got separated from Fred and as we picked our way through some thick jungle a friendly plantation worker with a sharp machete led the way chopping a trail... just like the movies.  Luckily we found Fred and then continued on to Fagalua Cove:) 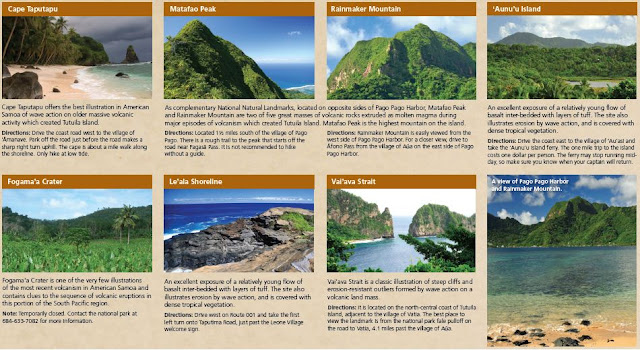 To hike to Fogama'a Crater National Natural Landmark:  Take the bus to Vaitogi and then head West along the road. Before Shark and Turtle resort turn right on a side road and then follow this 4X4 track until it ends in a plantation in Fogamaa Cove. To get the correct road you should ask directions along the way.  Once at Fogama'a Cove walk down the beach and then climb back up the slope at the other end to pick up a trail to Fagalua Cove for which a nice trail leads to the rock quarry where you have a choice to go toward Fagatele Bay or head out Futiga Road to 'Main Road' where you can catch a bus back to Pago Pago.  Wish we had those directions before we started!
Posted by David Kane at 6:41 PM