off the beaten path Anchorage at Niau Atoll, Tuamotu 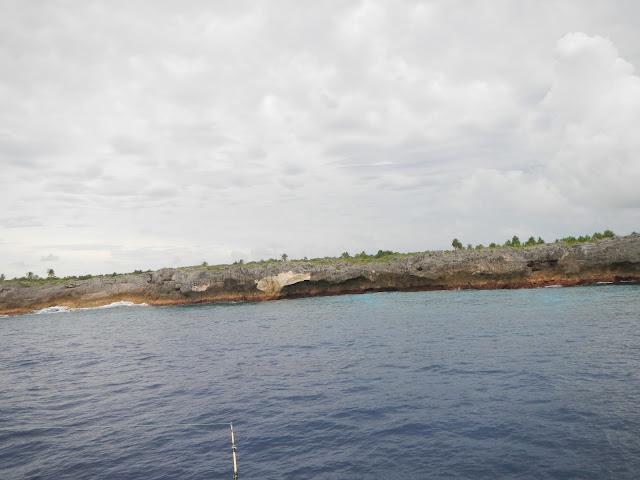 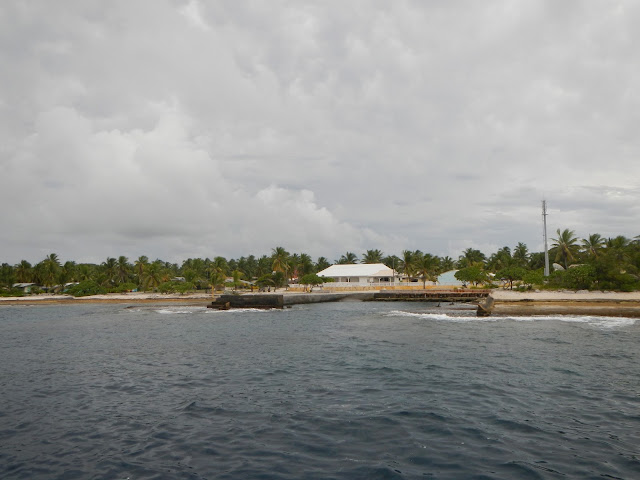 Yesterday we stopped at Anse Amyot on the north side of Toau atoll. The water was clear and the snorkeling around the anchorage quite nice. We would have gone for another snorkel expedition outside the pass, but are seriously low on dinghy gasoline, since I've been fishing so much lately. If our friends on Patriot are reading this, we're 2 for 2 on yellow fin from LightSpeed and 0 for 1 on Marlin. I'm 3 for 4 for live baiting for yellow fin from the dinghy one of which I caught on a lightweight salmon trolling rod with 14# line. The blue marlin was hooked just off the coast of Fatu Hiva and after a big run and a few head shakes our sorry old Penn reel was out of line... spooled.

Weather GRIB's suggest we may not have any good sailing wind for almost a week. With super settled conditions we decided to try anchoring off the passless Niau atoll, something that wouldn't be possible with regular tradewinds and seas. From Anse Amyot it was a leisurely 23 nm motor to the wharf on the east side of Niau atoll. I wanted to try a med moor inside the very tiny basin, but Kathy's better judgment prevailed and we opted to anchor off the NW side of Niau atoll instead. Niau's topography is unique from most of the other Tuamotu atolls as it seems a bit raised with some sheer coral cliff abutting the waters edge and a steep drop off below. We motored just a few boat lengths off the shore for several miles around the island and found depths greater than our ability to measure as our sounder functions to only 300'. Near the west end of the airstrip, that can be identified from sea by the wind sock, we dropped anchor in a shallow area of only 42' but the bottom quickly drops away to the abyss just off our stern. From the boat it was a short swim to shore where we enjoyed a walk along the beach then jumped off the coral and snorkeled back to the boat. Kathy spotted a new to us variety of fish which is quite unusual given the huge number of hours we've spent snorkeling.

It looks like we'll have a lovely calm night here at Niau atoll unless a wind shifting squall upends our tenuously set anchor. I'll be running the SailSafe anchor alarm app on my android tablet, the piercing alarm will definitely wake you up if the boat moves outside the preset parameters.

Tomorrow we may need to do some motor sailing for the remaining 200nm to Tahiti where Kathy is excited to go shopping at the Carrefour supermarket.