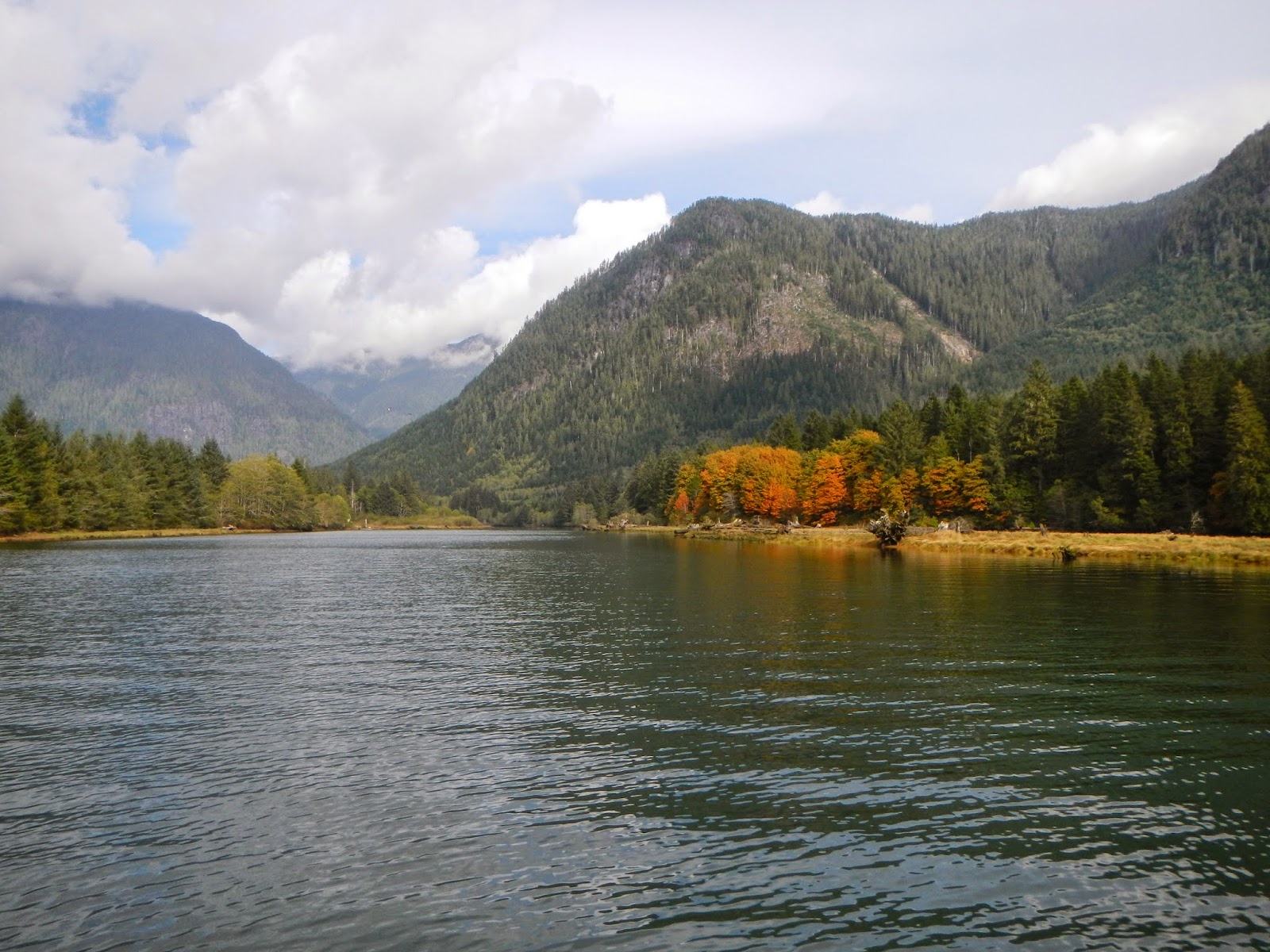 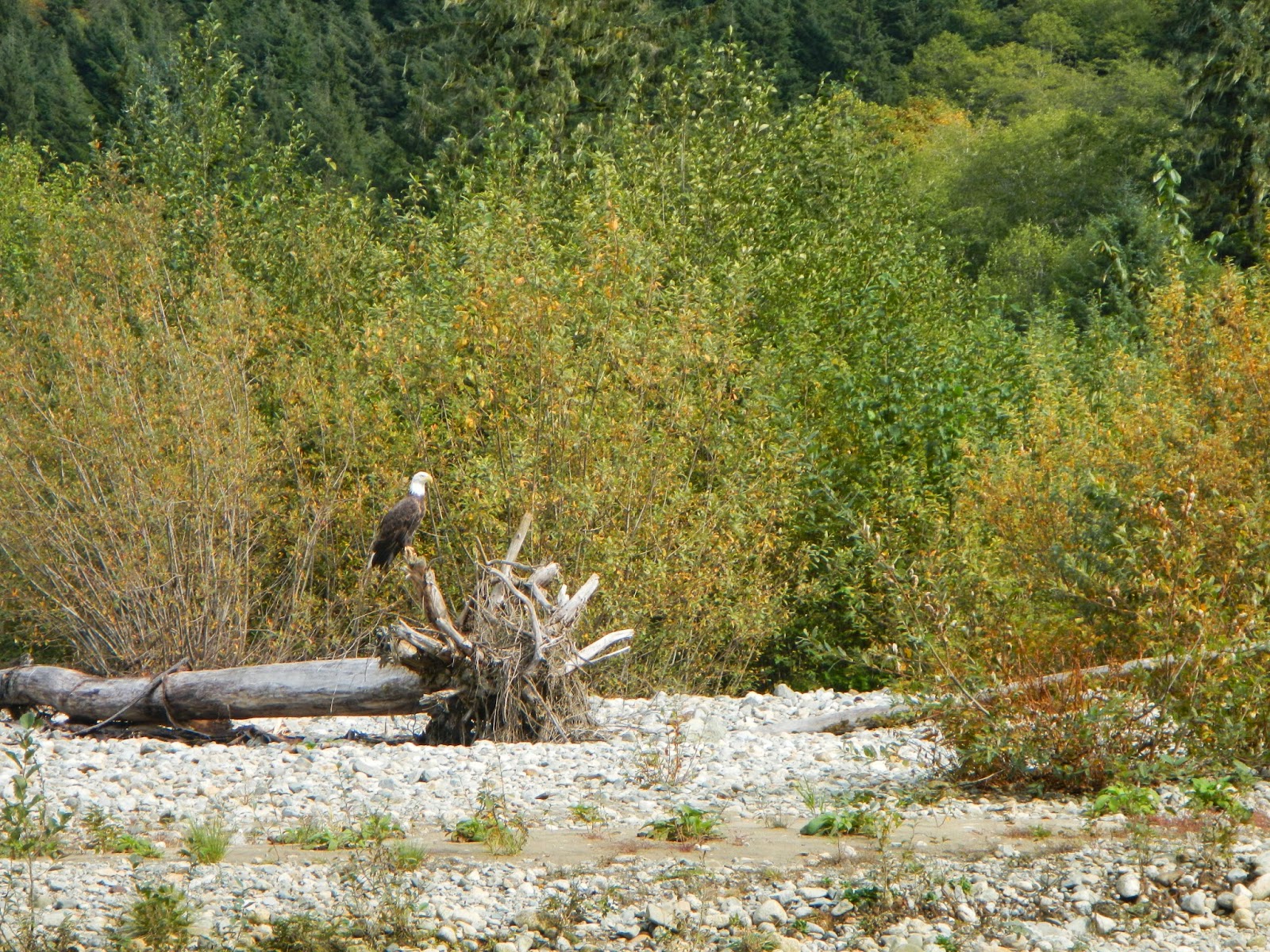 Bald Eagle rests along the banks of Phillips river. 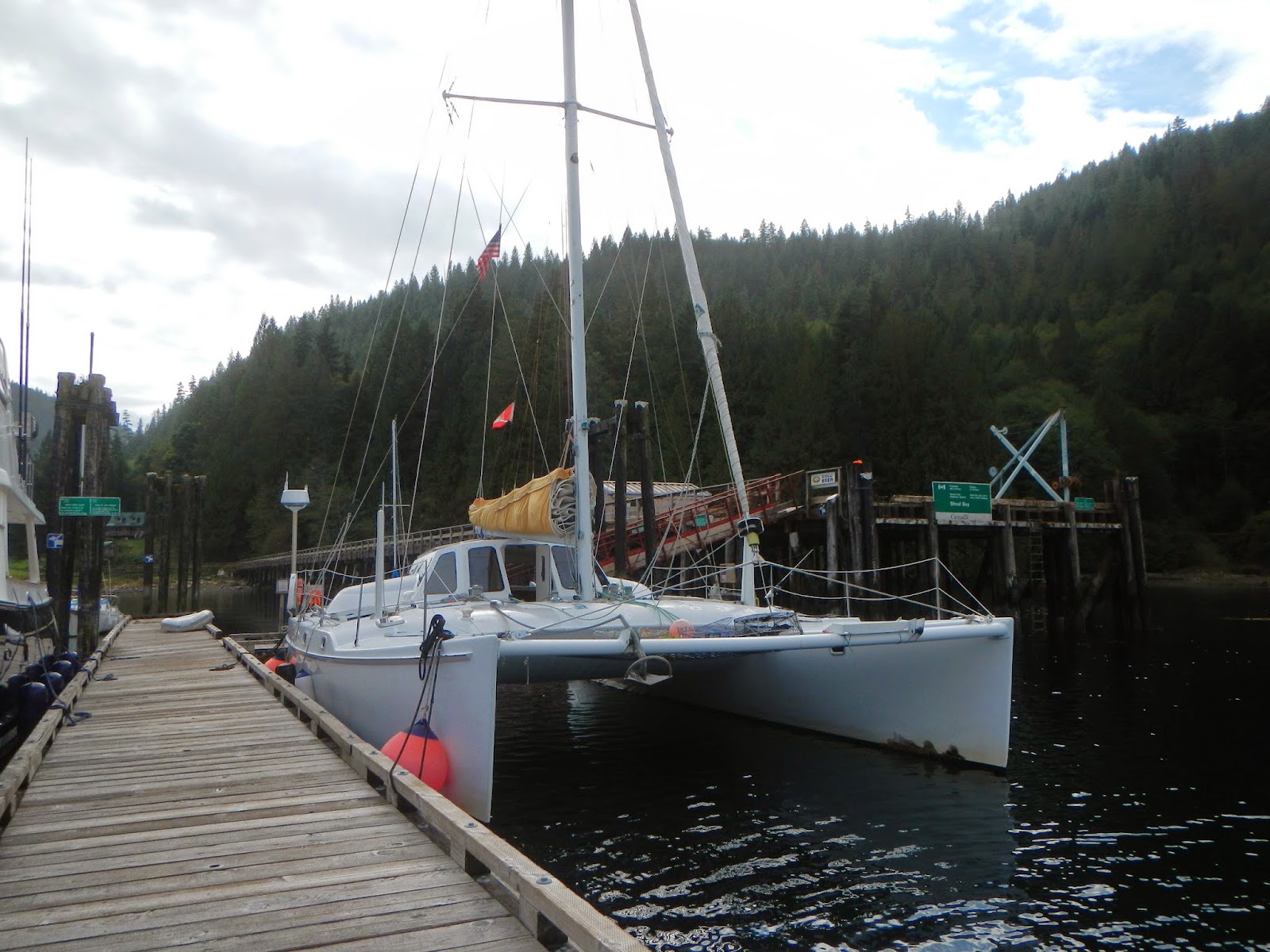 LightSpeed at the dock in Shoal Bay 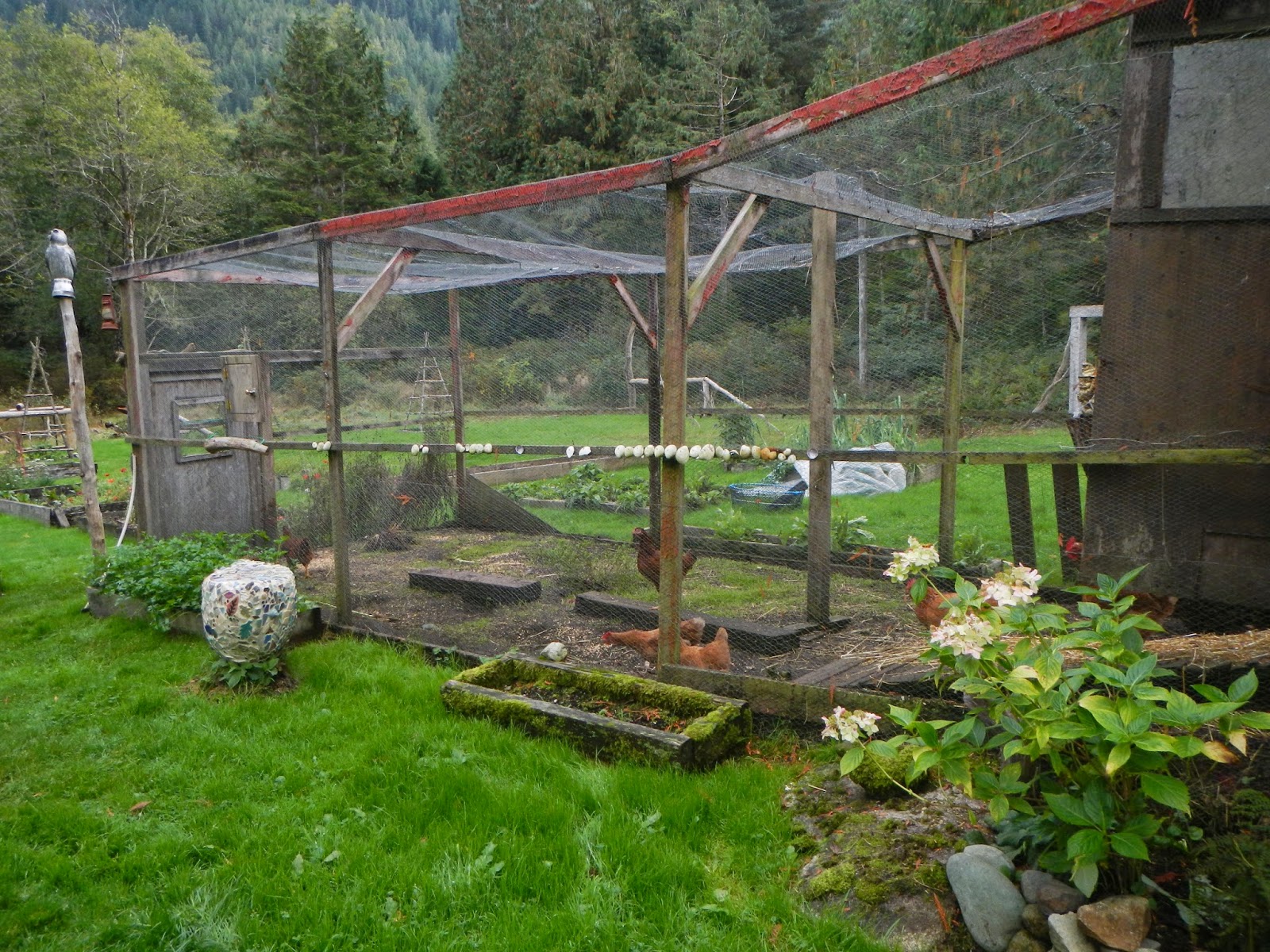 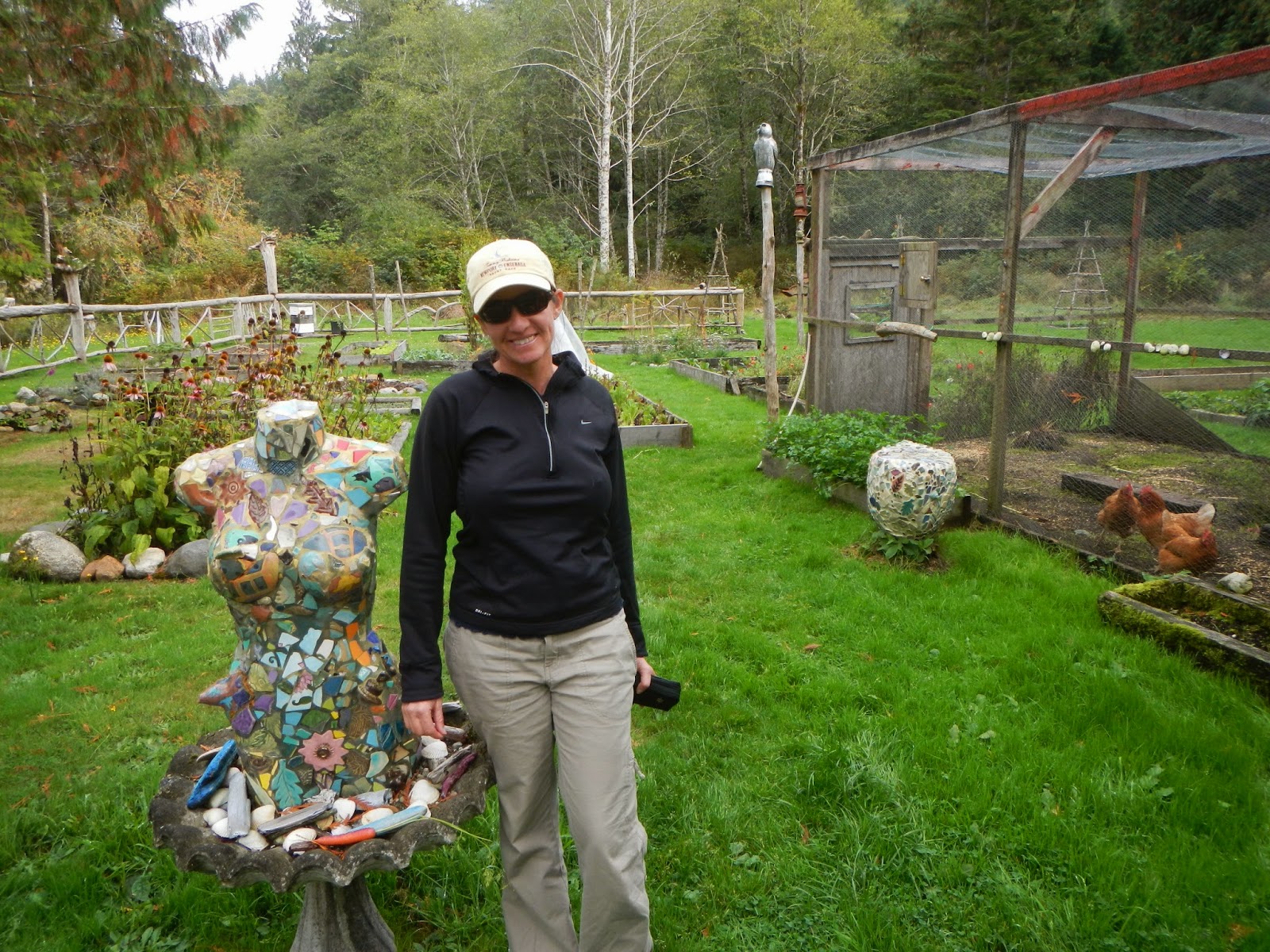 Kathy in the garden.  In season, cruisers can harvest produce from the garden for a donation to the caretakers.  This late in the season everything was pretty well finished. 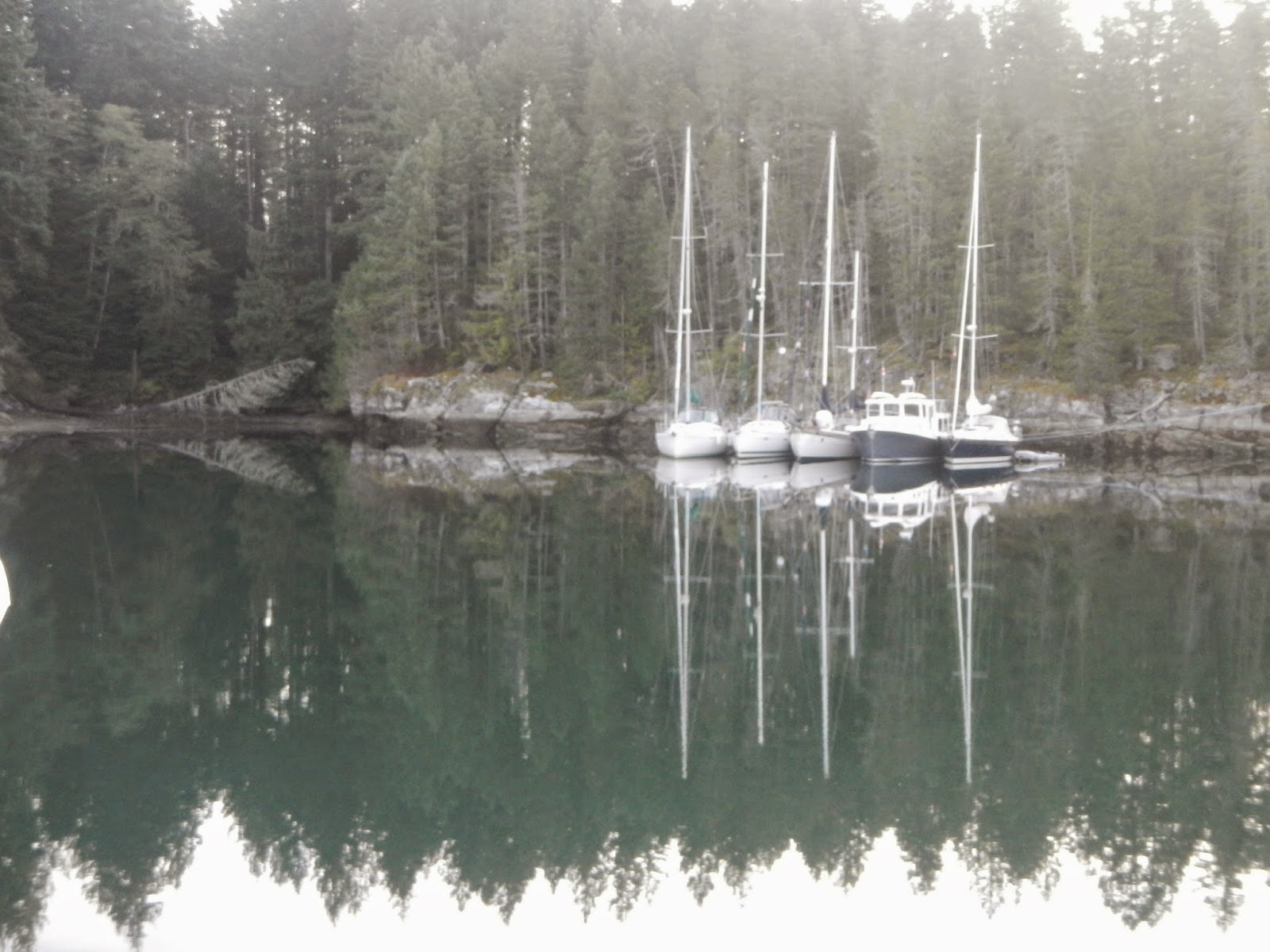 San Juan Yachting raft up in the Octopus Islands.  Raft ups like these are one of the many things we miss about the pacific northwest... this just doesn't happen in the south pacific. 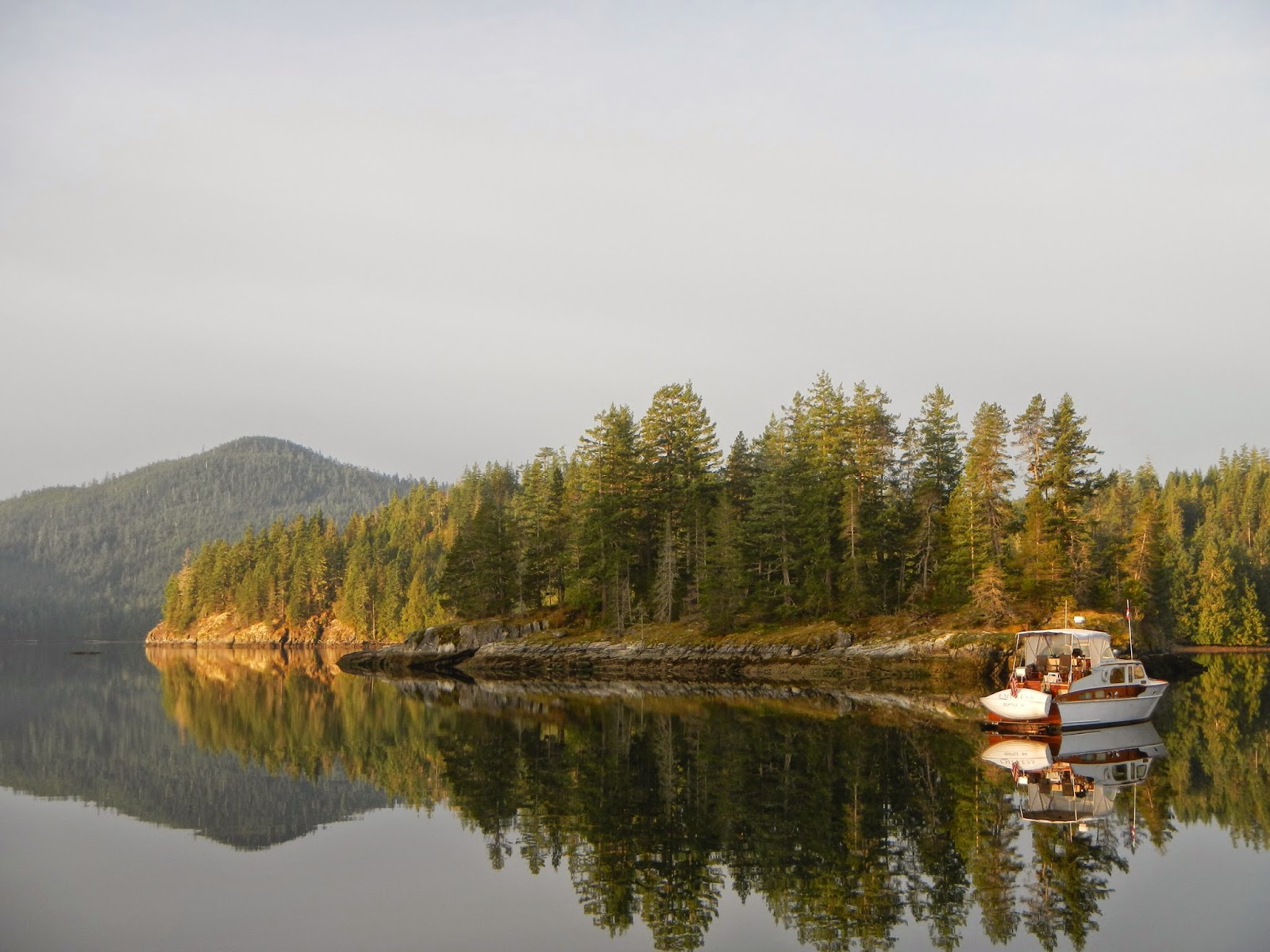 Sharing another anchorage with Randy of m/v Empress in the Octopus Islands.

This section of the inside passage has strong tidal currents and plenty of narrows where the water accelerates, sometimes into rapids.  We pushed through 5 knots of head current at Hole in the Wall and then the next day rode 6 knots of ebb through Beazley Passage.  After the extreme currents and narrow passage of Bikar atoll these seemed very passe'.
Posted by David Kane at 8:31 AM