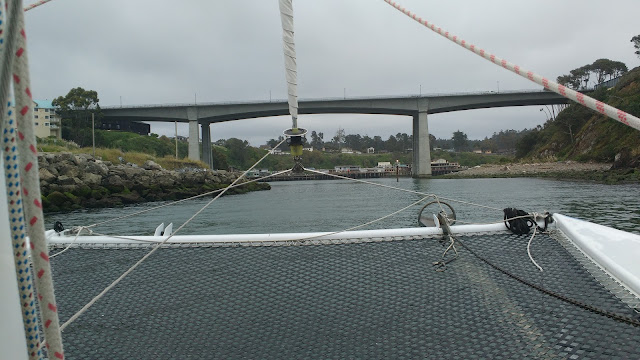 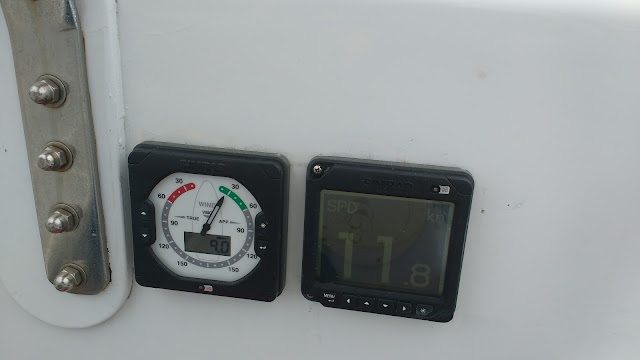 Catching a little surf across the bar. 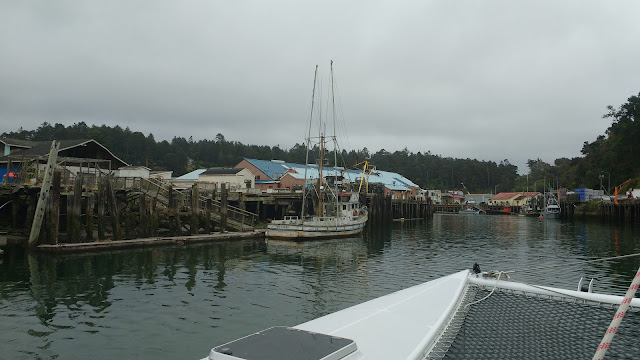 Noyo harbor is the most authentic harbor on the West Coast, a real working port 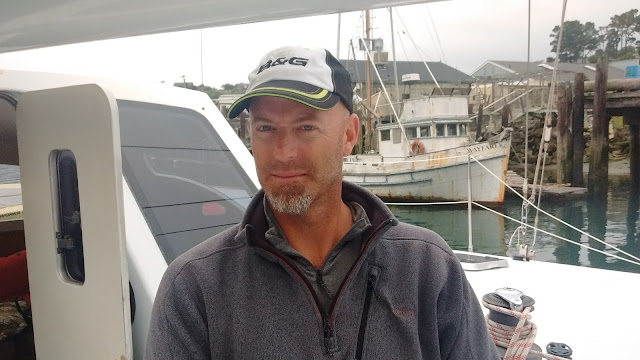 As is tradition, Dave sporting a new beard for the trip up the west coast. 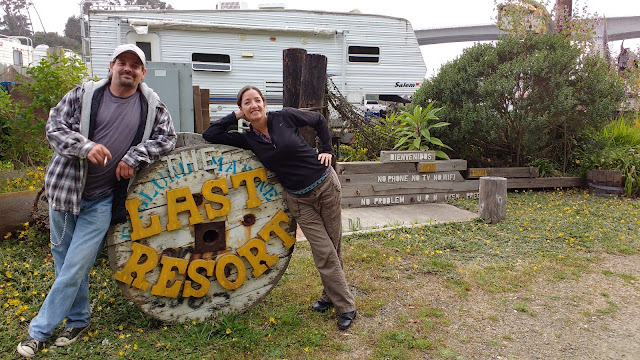 Kathy flew in from a week long business trip and her brother Dan drove her out to Fort Bragg. 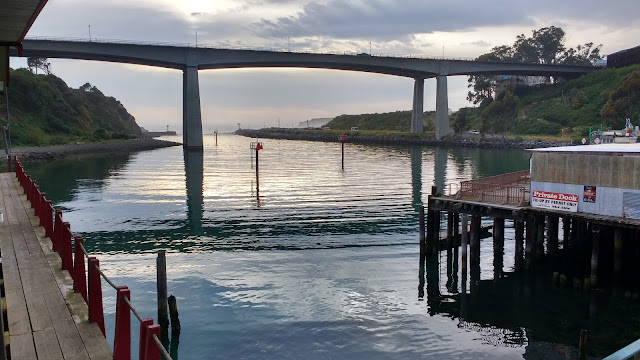 Looking west toward the ocean and Highway 101 bridge at the Noyo River. 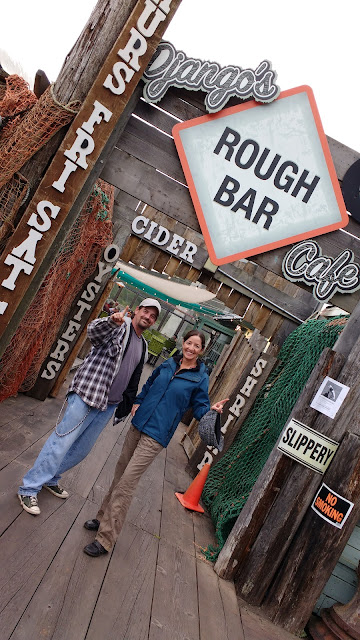 Dan planned to stay the night, so we did a pub crawl on the Noyo river waterfront. 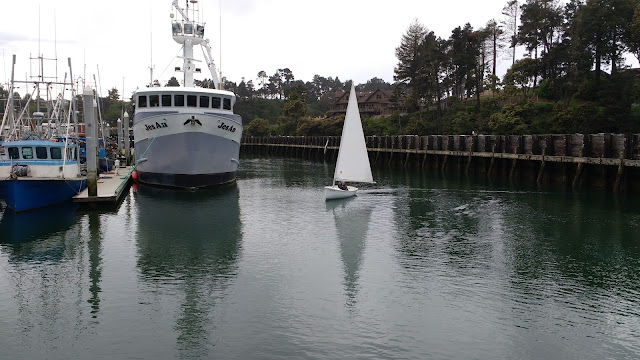 We also did some sailing in the harbor, here Dan is sailing our Lehman 12 dinghy. 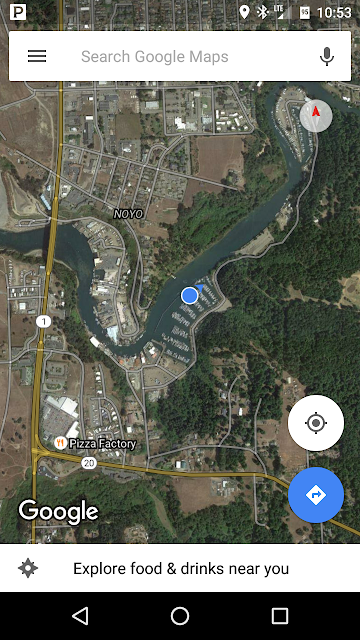 Overview of Noyo River (screen shot from my phone) 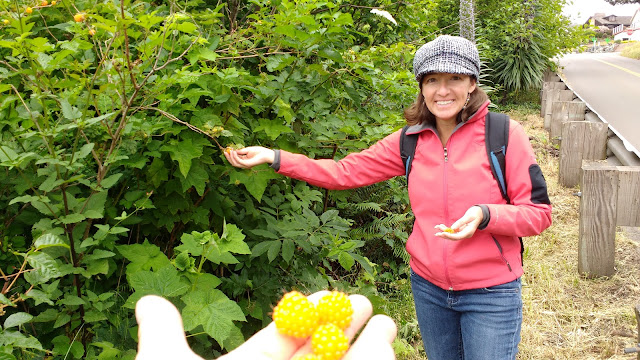 Kathy picking some salmon berries at Noyo River, we must still be in California if there are ripe berries in early May. 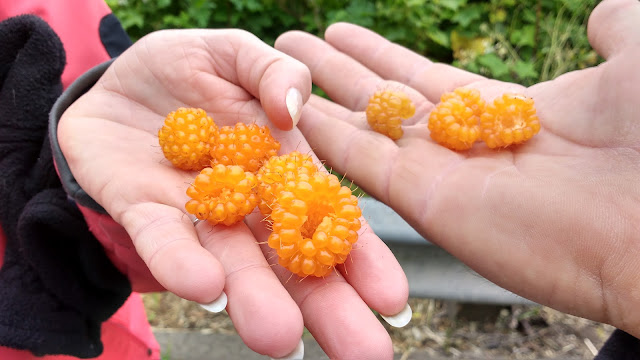