The wind died this AM so we all went for a swim and then just messing about I climbed up to the first set of spreaders to take a look around. While there I noticed the Port #2 diagonal (D2) rigging wire had pulled about 1" out of its mechanical swage fitting leaving only about 3/4" still in the fitting and failure imminent. We immediately dropped sail and lowered the boom to deck to take as much load off the mast as possible. I was then hoisted to the second spreader about 40' above deck to remove the entire D2 wire and suffering numerous bruises and a few cuts as the swell was swinging me all over the place even though I was tightly attached to the mast... not fun. Once I had the wire on deck we were able to clean it up and reset the wire in the fitting. I was excited about going back aloft as the wind had picked up and the mast was gyrating wildly with no sails set. I really hope none of the other fittings have the same issue and have sent an urgent email to Brion Toss in Port Townsend, Wash. to have him evaluate the issue!

Otherwise great sailing at the moment doing 6.9 knots in 11 knots of true wind at 60 degrees off the starboard bow on a course of 230M heading for our first way point still 1,296 nm away. Contrary to to what I expected we have been heading to weather the entire trip thus far with NW winds. We are trying to find the trade winds which blow NE making for more comfortable sailing. Everyone is getting into the rhythm of the passage and is well rested and we are eating great food. I expect we will pick up the NE trades in the next 24 hours and then go wing on wing until we get to about 5N 130W where we will encounter the ITCZ. 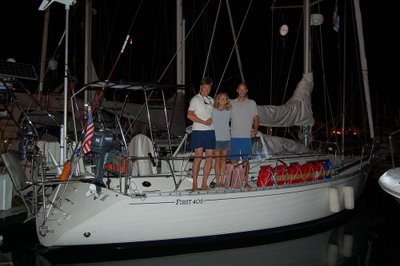 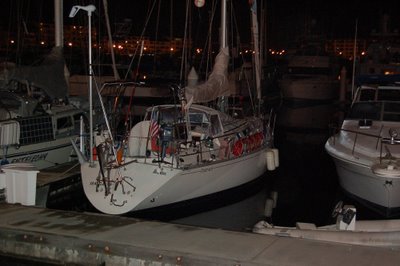 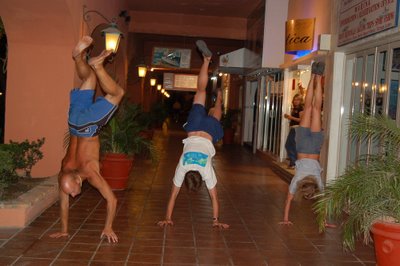