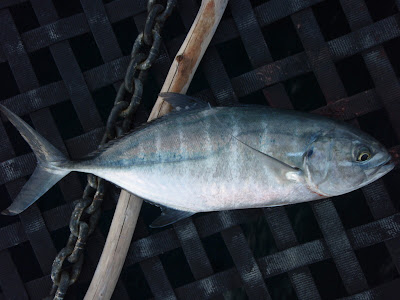 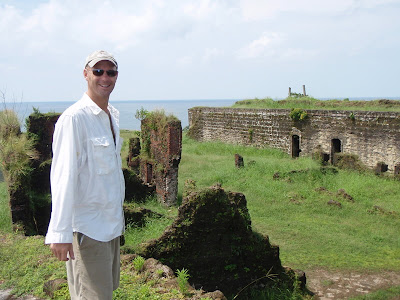 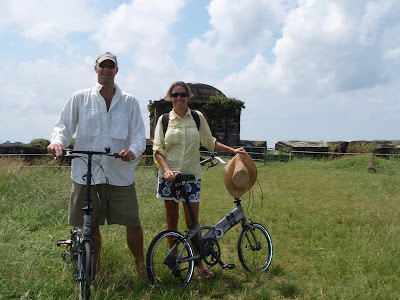 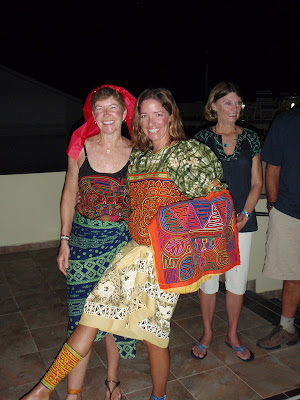 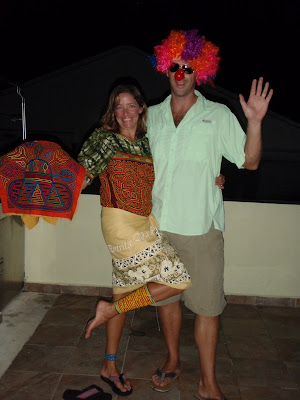 A tasty little fish from the Tevali family???


Halloween fun at Shelter Bay Marina. Kathy is dressed in authentic Kuna attire down to the beed leggings that measure over 60' long and contain untold tiny beads.
Posted by David Kane at 6:39 PM

We have completed the sale of our old sailing catamaran s/v Pacifica! It was tough having two cruising catamarans and it's a huge relief to have sold Pacifica.

Now we can focus on really having some fun with no stress financial or otherwise of having two boats.

Plans are in flux as usual, but what ever we plan next for our new boat s/v LightSpeed it is sure to be a great adventure.
Posted by David Kane at 5:33 PM

Enjoying Cartagena and lucky for us to arrive for Carnival. An amazing city steeped with history at every turn. The boat is at Club Nautico Marina which is great as we can run the A/C unit and escape the Low 90's heat with high nineties humidity.

One Good and one Bad development this week. The bad is Kathy's needs to attend to a family emergency and flew home today. The good is that we have a signed purchase and sale agreement on our other boat Pacifica and a solid back up offer as well. Thus, I'll be flying to Florida to meet the buyer next week and show them the boat.

One can only make wild guesses about new plans that will surely hatch as a result. I could probably have a complete blog that just concerned changed plans. It keeps things interesting so no complaints.
Posted by David Kane at 11:46 AM

116 nautical miles to go to Cartagena so we should be in tomorrow afternoon.

We are several hundred miles South and East of Hurricane Ida which is off the coast of Nicaragua. The nice thing about Panama and Columbia is that you are safely outside the area frequented by hurricanes. As a result of 'Ida' our local weather is extra calm and thus our trip to Colombia is turning into a motor sail instead of a sail. Mostly light winds, but plenty of high intensity squalls are viable with their highly convective cloud tops reaching far into the atmosphere. As I write it's really dark out here (8:50PM local). The stars are a stellar sight when you can see them and several planets are plainly visible between the clouds. Lightning in the squalls is lighting things up and has me adjusting course to try to avoid the worst of the electrical storms. No guessing which way the cells are moving though.. Yesterday we had one follow us while we traveled into the wind for many hours. Why it moved against the wind is a mystery to me. Anyway I've been adjusting course to avoid a squall ahead for the last hour and now the wind is filling in rapidly. Just shut down the engines and now sailing along at 8.4 knots. We'll soon see if my course adjustment will pay dividends or if I have us accelerating into a squall. This would be a good time to use radar to get a better feel for the movement of the surrounding squalls. The bad news is we just sold our 12 year old Furuno unit. The good news is we just sold our 12 year old Furuno unit! It worked pretty good, but was on our short list of gear to replace in the next few months. When we found a buyer to take the old radar off our hands for $350 we didn't think twice. The cost of a new base unit Furuno radar is about $1300 so we scored by selling ours for 25% of the cost of a new unit when in our mind it was 100% depreciated.

I hate being in close proximity to the frequent electrical storms we seem to have here in Panama. We have met way too many cruisers whom have lost from a little to a lot of onboard electronics to lightning in the last few months. Thinking back to the South Pacific crossing from 2006-2008 we had almost no electrical activity at all. In contrast I could see an equal amount here in Panama in a weeks time or less.

Caught a few Little Tunny tunas today. One turned in to Sushi for lunch and the other was baked and served with asparagus and quinoa for dinner. Yumm!

It took a while to write this email (5 nautical miles) as I have to pay attention to where we sailing. The good news is it looks like we DID dodge the nasty squall that was spewing lightning bolts! Still sailing at 8.3 knots in hardly any wind. I love having a super fast easily driven boat!

Couldn't get the email out last night due to poor radio signal propagation.

22nm to go to Cartagena.

Sailed on an off through the night with fluky winds kicked up by squalls. After my 3AM to 6AM watch I woke to a nice breakfast and coffee. Within minutes of clearing the plates we had a fish on. Line was stripping off the reel at a rapid rate. I tightened the drag and got the boat slowed down. Still tons of line was screaming off the reel. A full fledged battle ensued for one and a half hours before we got a close look at the HUGE Yellow Fin Tuna on our line. 5'+ long with an amazing girth it was a sight to behold. One heck of a powerful fish that has my arms so played out I can barely type even after a hour break. At about one hour forty minutes we had the fish very close to the boat and he was doing a 40' diameter circles and on each pass I would get a crank or two on the reel and he would pull out a crank or two of line. We were both getting very played out and it was very uncertain whom would have the stamina to succeed before the line gave out. Finally we got him on the surface. Kathy had the rod which was bent double and I had my spear in one hand and the gaff and a cheap bottle of rum at the ready. The rum when poured into the fishes gills immediately placates him for a while. Tuna are total light weights when if comes to drinking. Anyway, I was about to let the spear fly when the wire leader broke a few seconds too soon. In defeated agony I stood on the back steps of the boat spear still in hand wondering if I could dive in and still get a shot at this monstrous fish. My better judgment kept me aboard.

This was a beautiful fish and certainly would have represented the biggest tuna I would wish to try to catch as he nearly had me beat. All the better that this spectacular and beautiful creature can live on to reproduce and slow the rapid demise of our precious oceans. What would we do with a 100+ pounds of fresh tuna anyway.? Better to catch smaller fish as we try to do by using small lures and small hooks.

Kathy took a few videos and still pictures of the last few moments of the battle and we'll post them eventually.