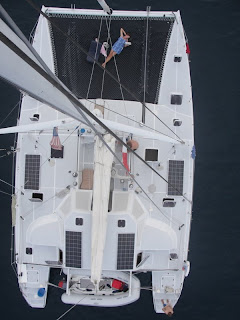 View from the top of LightSpeed. 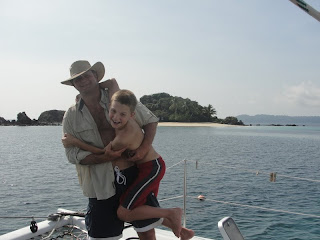 Peter and Tim having some fun at Isla Cobia, Panama where we went snorkeling and saw six sea turtles and at least nine sharks and tons of fish. 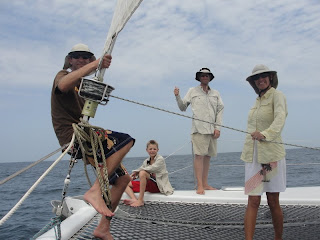 Hanging out on the trampoline Brant, Tim, Dave and Kathy. 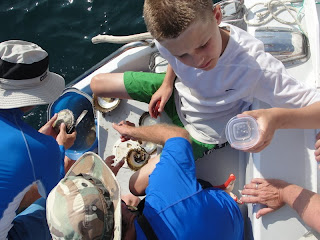 Dave, Brant and Tim shuck a few Oysters in the Las Perlas and to our delight the first one had over 25 tiny pearls. 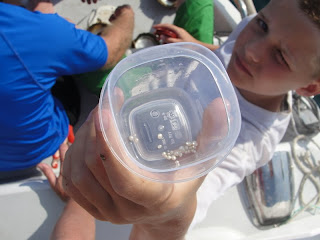 A lucky find! Look at all these Pearls... know we know why they call these islands the Las Perlas. 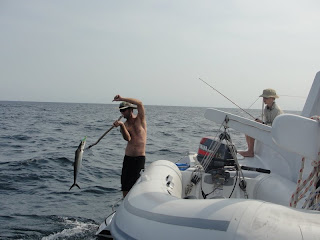 Brant gaffs a Spanish Mackerel while Tim does the reeling. 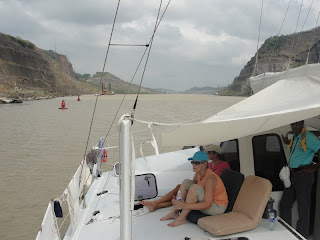 Cruising though the Continental Divide under a blazing hot sun and no wind. 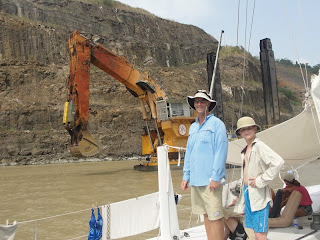 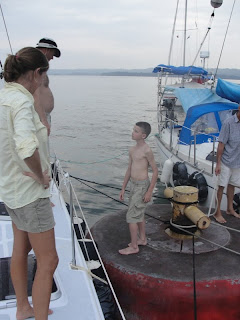 Mooring bouy in Lake Gatun where we spent the night during our two day transit of the canal. 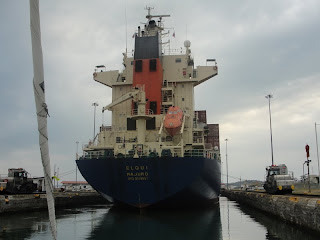 We shared the lock chambers with this medium sized ship. 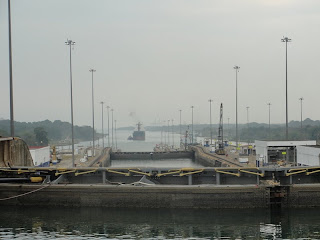 Looking toward the Caribbean sea from the middle lock at Gatun locks. 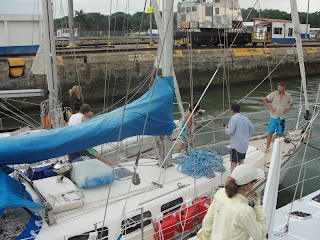 For the transit we were rafted with two other boats. 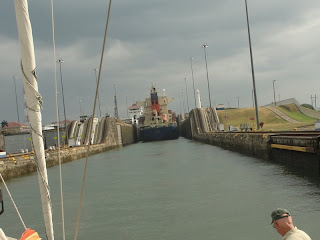 Heading into the second lock chamber at Gatun locks. 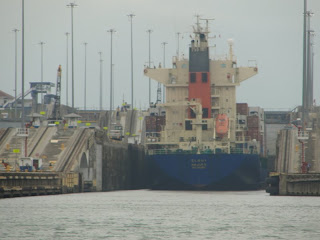 Heading into the locks behind this medium sized ship. The big ships require the entire 1000' x 110' all to themselves. Since this ship was only medium size there was room for us as well. 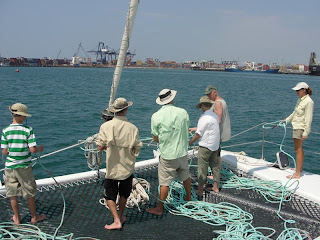 Line handling crew for the Panama Canal Transit work on their line handling skills.
Posted by David Kane at 8:27 AM