Arrived at Sea Otter Cove on the North West Corner of Vancouver Island around noon today. Overall the trip from Haida Gwaii was perfect and our only wish would have been a touch more wind. It was a combination motor / sail and motorsail. Stopped for a little fishing about 8 nautical miles to the North West of Sea Otter Cove on a 66 meter bump surrounded by 10+ meter water The chart indicated sand on the bottom so a perfect spot for bottom fishing. Dropped the line and immediately had a huge Ling Cod 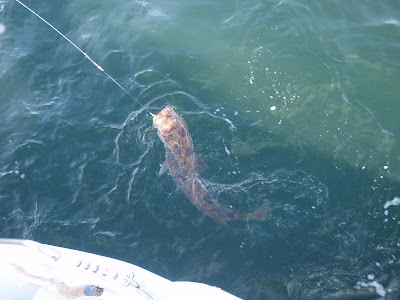 on the line that I decided to release as I wasn't sure on the regulations. While we were unhooking him, he regurgitated a 2 1/2 feet long octopus arm! Dropped the line back down again and picked up a tasty halibut 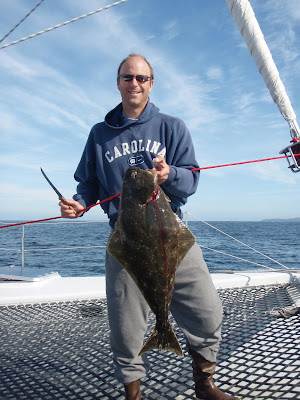 in less time than it took me to bone up on the regulations for marine area 127. Superb fishing!

Dropped anchor in Sea Otter cove avoiding the mooring buoys which are made for more industrial vessels. Took a nap, ate some rockfish and spinach salad and then set out on a major dinghy expedition to do some beach combing and stretch our legs. 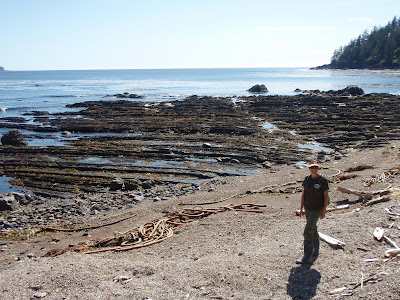 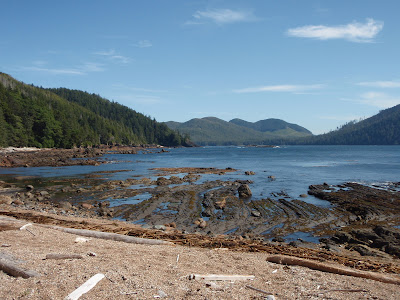 Weather is perfect today with blue skies and NW winds around 15 knots. Will head for Winter Harbor tomorrow. 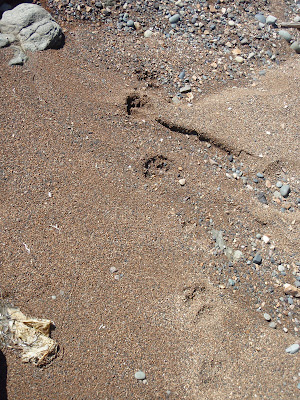 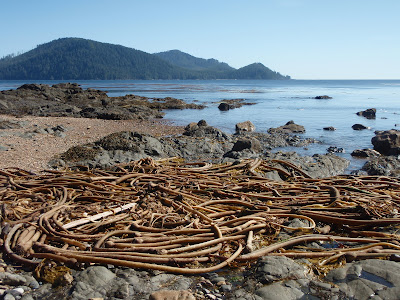 Rafts of Bull Kelp must have washed ashore during a recent storm. Maybe the same one that pour rain on while in Haida Gwaii? 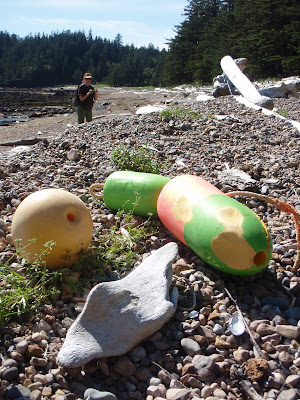 A small sample of debris found on West Coast Beaches. Not Pictured: Plastic bottles especially drinking water bottles abound. Do your part and reuse bottles or better yet don't drink bottled water, what a waste. It may take 200 years for a plastic drinking water bottle to decompose. The ongoing implications of the smaller 'broken down' plastic particles in the bigger picture of all interrelated life... Unknown but more likely than not very bad. 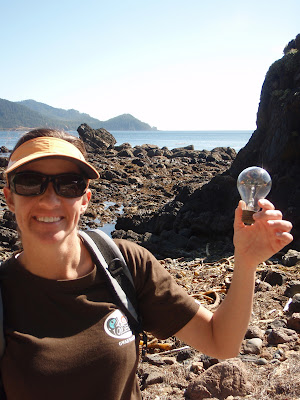 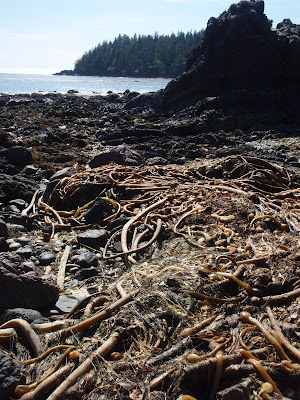