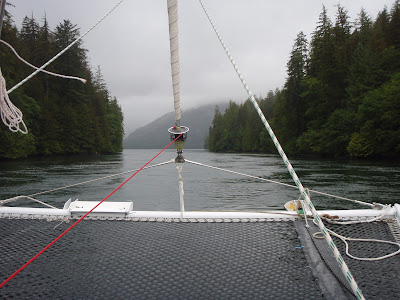 Exiting the East Narrows at Skidegate. 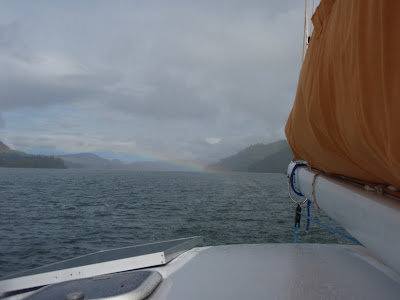 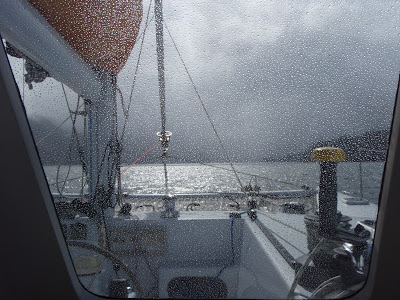 Rain that made the rainbow. 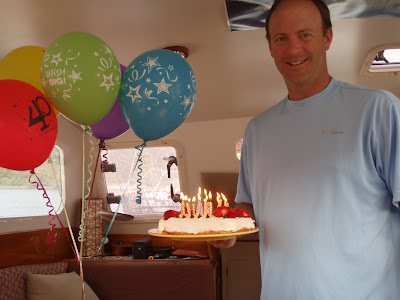 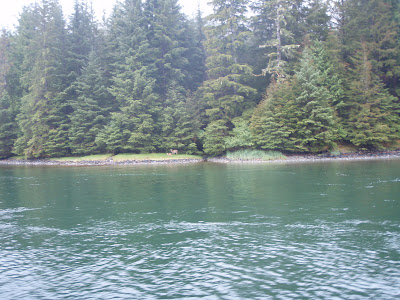 Deer along the Skidegate channel. 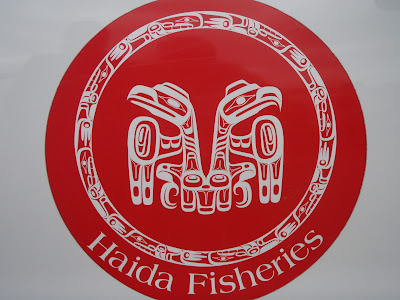 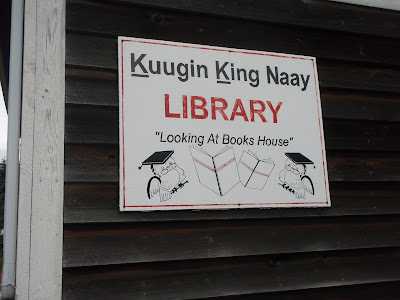 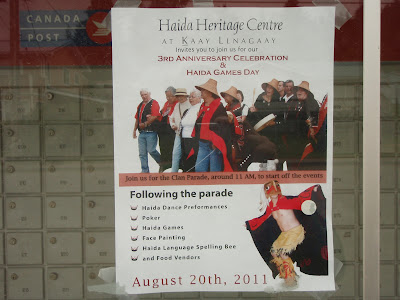 Kathy and I enjoyed a full day at the Haida Heritage Center at KAAY LINAGAAY for the third year anniversary of the centers opening. We entered the Haida Amazing Race and made a very good showing perhaps taking top honors.... more on that later. 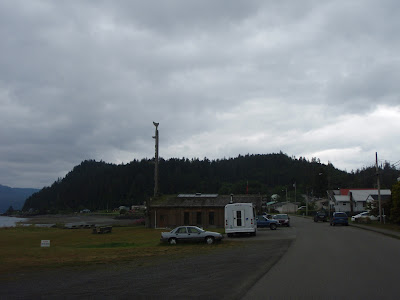 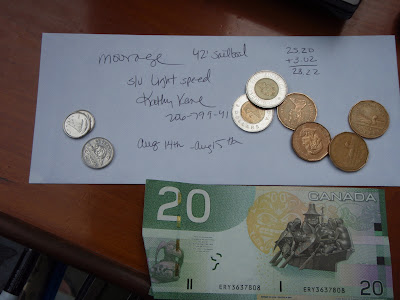 Moorage payment at the Public Docks in Queen Charlotte City. The art on the back of the Canadian $20 is by Bill Reid a famous Haida artist. 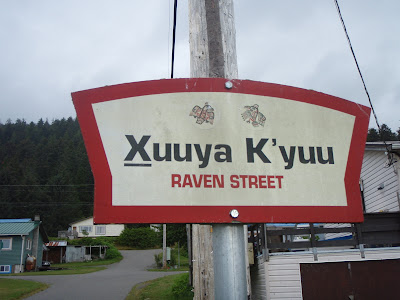 Sign abound around the island not only for usual like streets, but everywhere to encourage and expose everyone on a daily basis to the native language. Pretty cool, but often very hard for the lay person to pronounce. 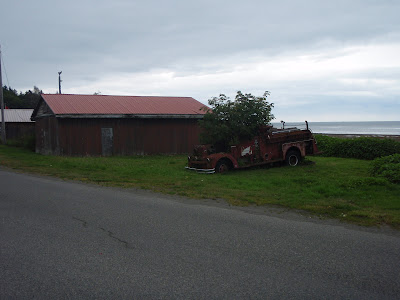 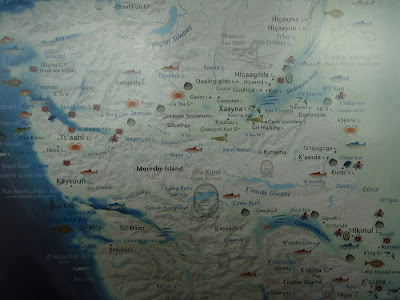 A cool map showing all the Haida place names and many of the traditional and current fishing locations. 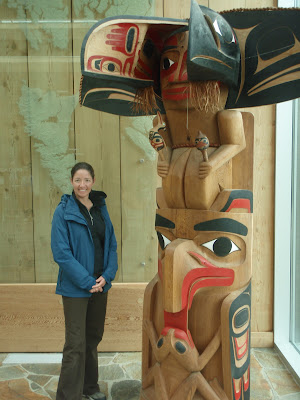 Kathy at the Haida Heritage Center at KAAY LINAGAAY on the day we attended orientation for Gawii Haanas National Park permit. 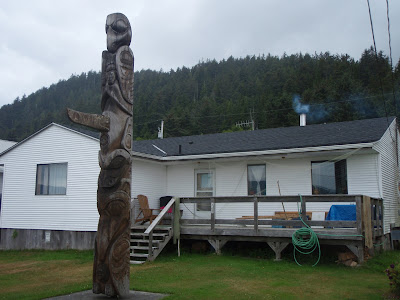 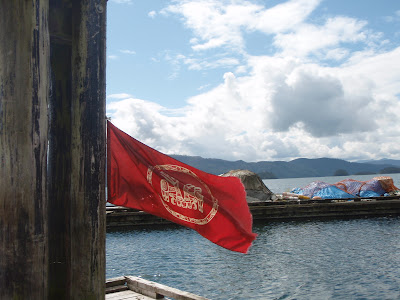 Haida flag on the piling next to our boat in Queen Charlotte City on the public floats. 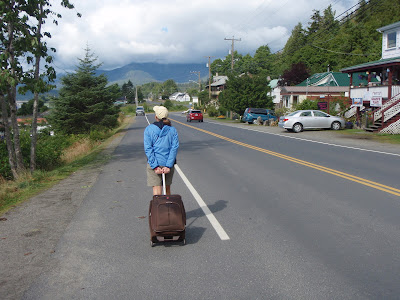 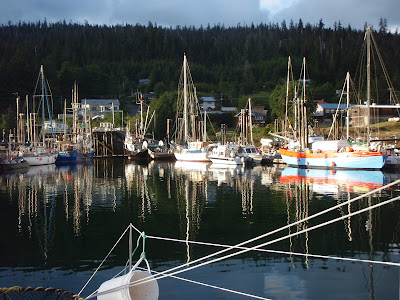 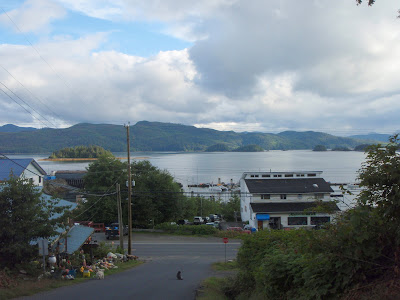 Looking at the public floats from above. we'd show you more pictures of town, but honestly there is not much more to Queen Charlotte City that what you've seen above. 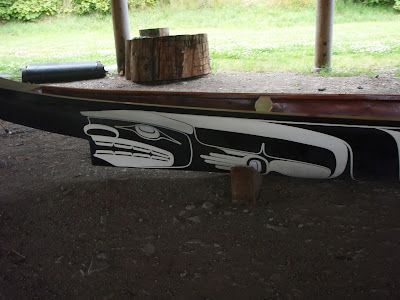 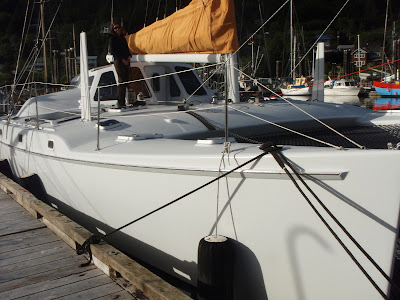 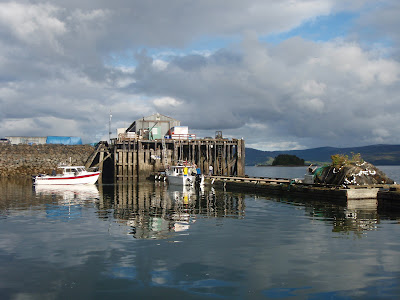 One last photo of the public floats basin in Queen Charlotte city. 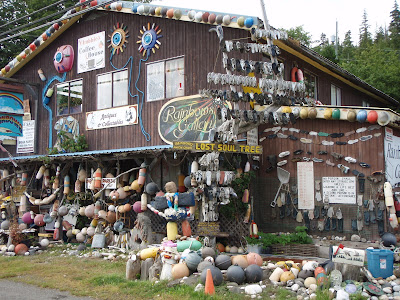 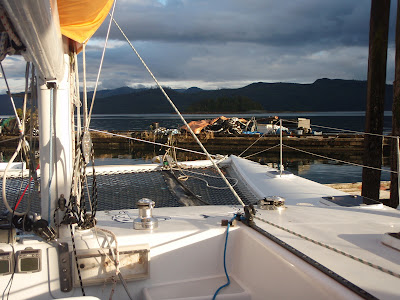 Queen Charlotte City Public Floats looking out at the breakwater which appears to be covered with abandon public floats. The harbor master is pretty much letting the facility run itself and was never once actually seen on the docks during our lengthy stay.