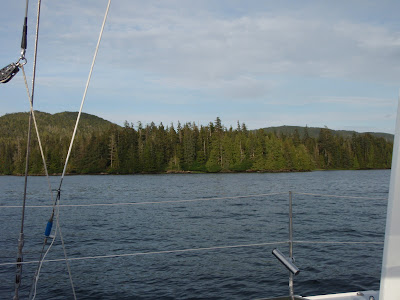 Unnamed anchorage on the West side of Lulu Island. 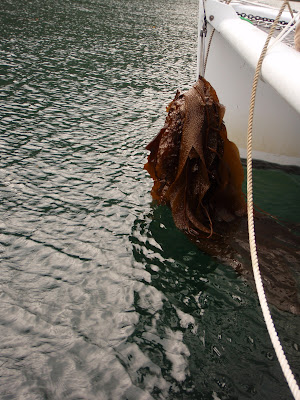 We tried three times to anchor in Steamboat Bay on Noyes Island near the old cannery site, but couldn't get the anchor to hook up. Just lot and lots of seaweed and kelp fouled the anchor preventing it from setting. 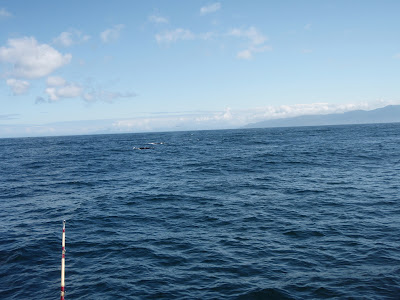 Two whales nearby while we are drift fishing. 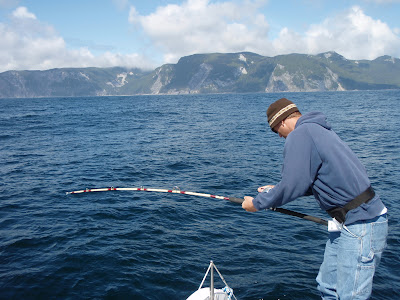 Battling the halibut off the sea floor bottom 300' below. 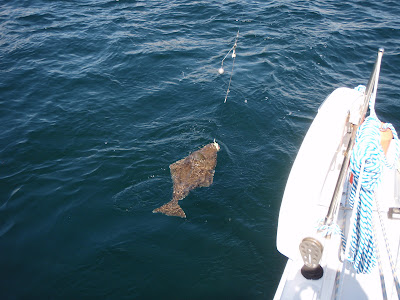 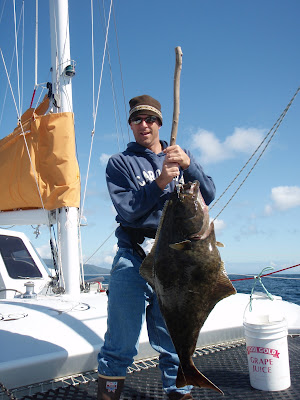 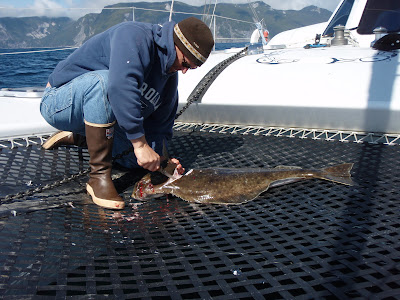 Showing of the XtraTuf boot that are iconic of Alaskans while I cut the gills out of this 38lb Halibut. 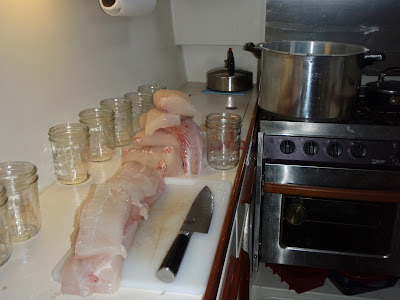 Some of the Halibut Fillets ready to be cut to fit pint jars for pressure canning. 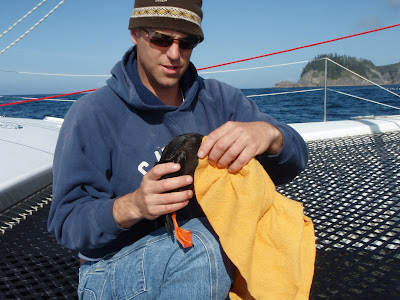 Ready to release the Puffin that accidentally got tangled in our fishing line. Luckily the hooks didn't get the little guy and we released him mad, but healthy. 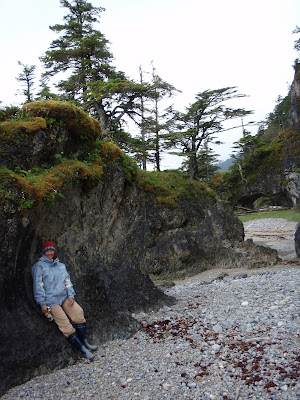 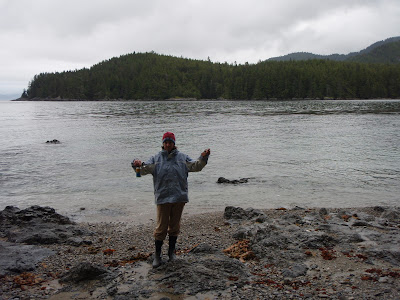 Kathy on the beach with her air horn and bear bell as we get ready to explore some caves on the South shore of Egg Harbor on Coronation Island. We should have brought a flash light as the caves were deep and beyond our interest in exploring after we'd gotten past the point of natural light reaching into the depths. In one cave we found rock core samples from a long forgotten gold prospector. 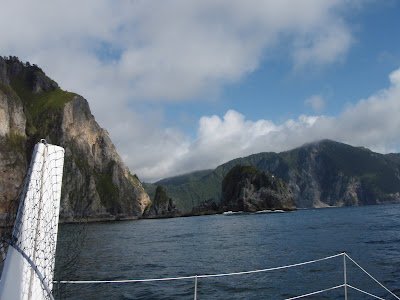 South East side of Coronation Island where we stopped to do a little fishing by these rocks.
Posted by David Kane at 1:04 PM