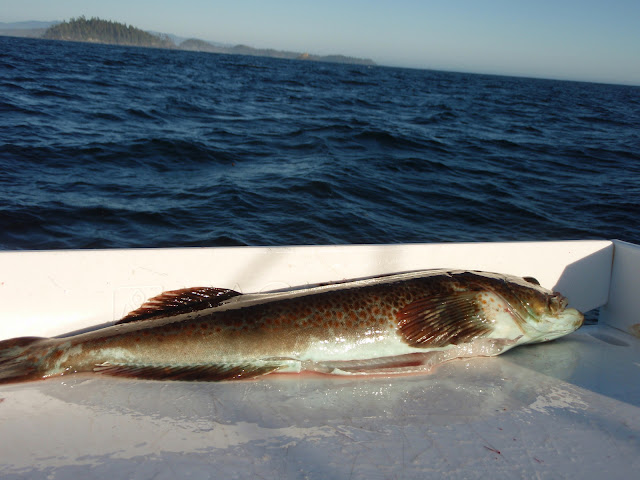 This Ling Cod made for a number of tasty meals. 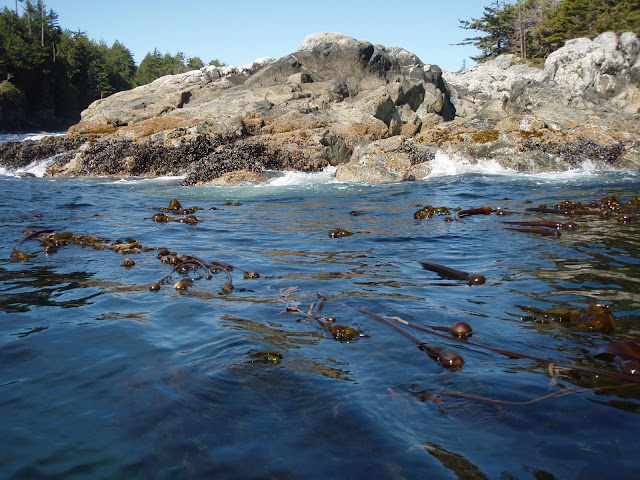 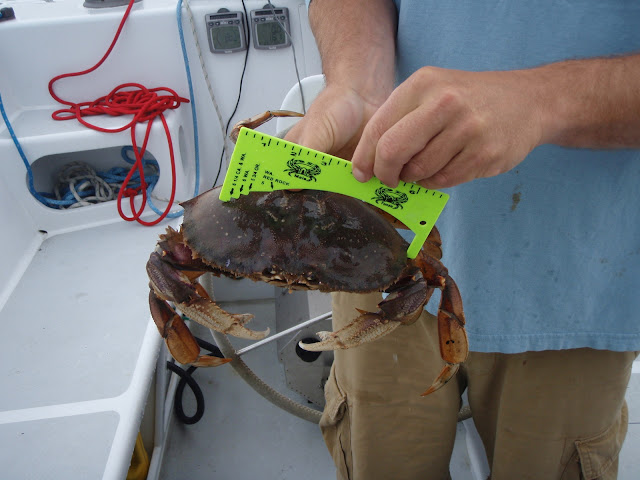 7-3/4" Dungeness Crab is a nice keeper.
Coho Salmon ready for cooking.  Next time I would use fewer cross pieces and make them thinner.  This design was overkill, but I didn't want to take the chance that the fish would fall in the fire. 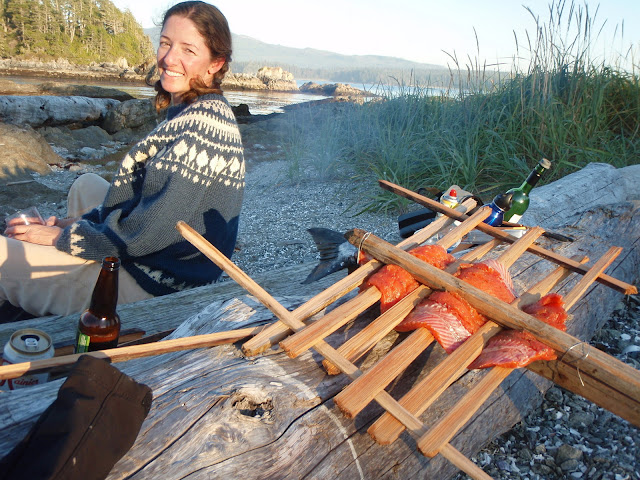 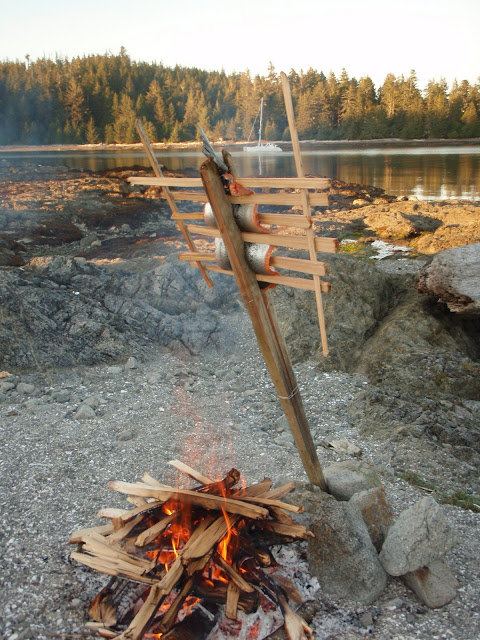 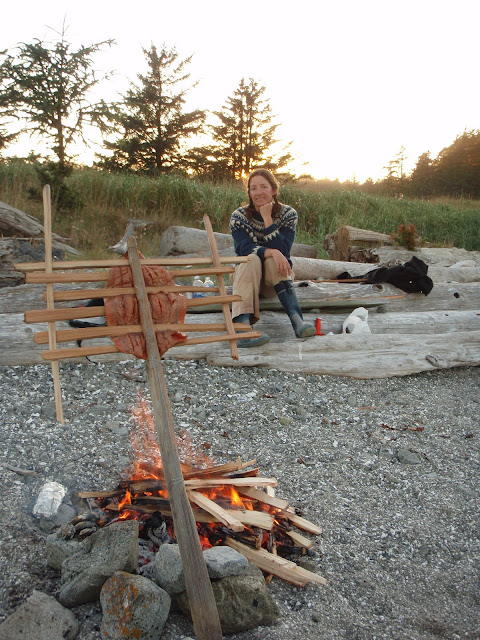 It turns out the fish was a little too far from the heat so we needed to move it closer to the coals as the fire burned down. 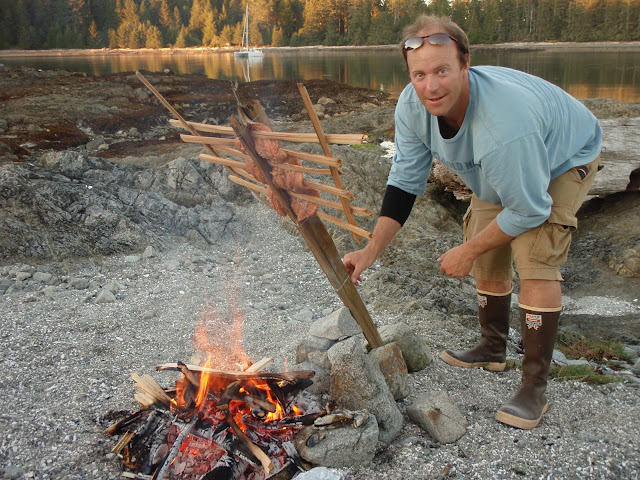 Dave making an adjustment to the split.  Note: XtraTuff boots that help tame the wilds of BC and Alaska. 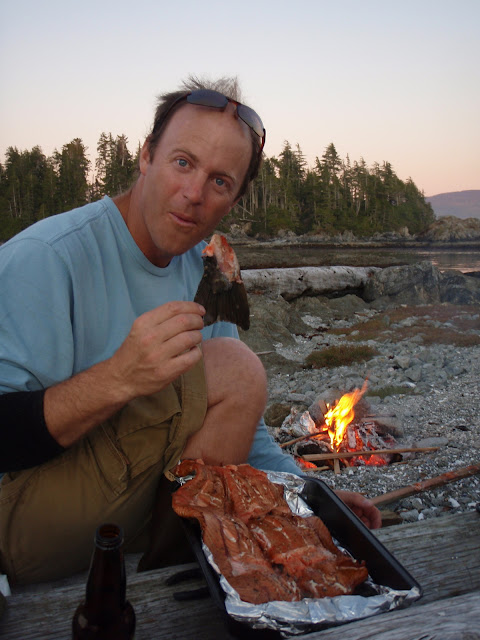 Munching on the tail as the fish comes off the fire. LightSpeed in the Astoria, Oregon West mooring basin.  Spinnaker is aloft to dry out after sailing overnight from Barkley Sound. 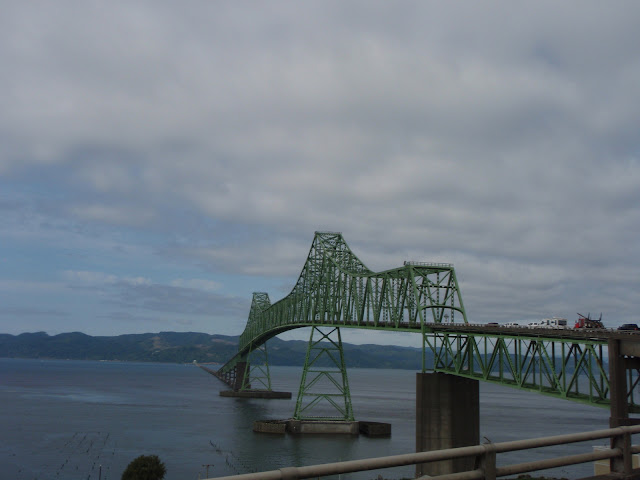 Astoria Bridge on a remarkable day when the skies were pretty clear allowing a full view across the Columbia River. 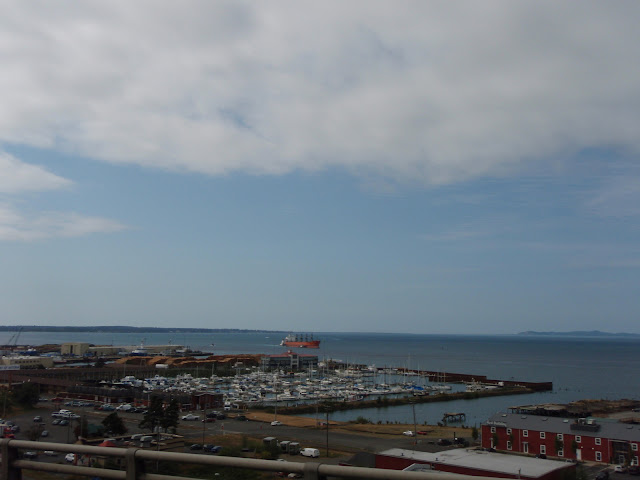 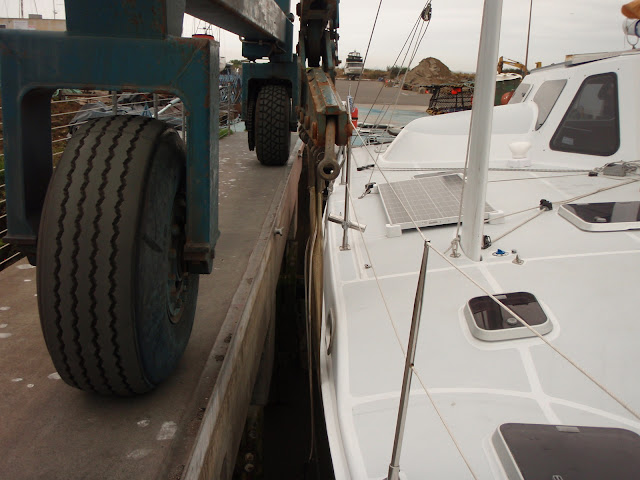 LightSpeed in the travel lift at the Port of Astoria.  Not much room to spare with out 23'-3" beam.  The Port of Astoria offers one of the best values for a haulouts on the entire West Coast.  Actually, if you require a high capacity travel lift with a 25' beam capacity there is nothing cheaper.  Our round trip, pressure wash and lay days in the yard came to a total of $336.36 which is stellar deal. 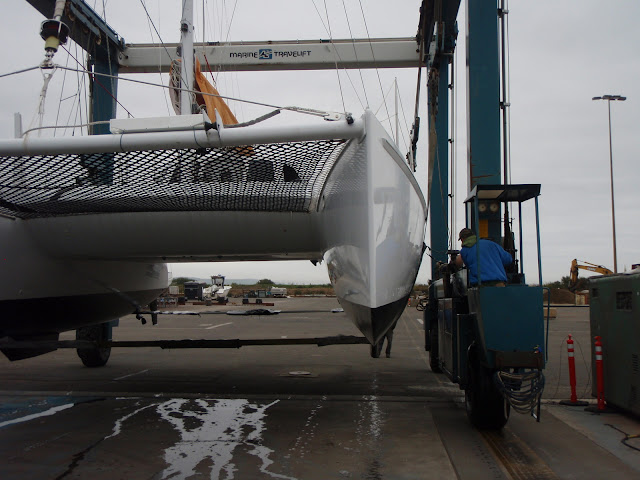 Steve at the helm of the travel lift is super great to work with and very accommodation of our request to block LightSpeed on here under wing.  By blocking the boat on the under wing we had unrestricted access to the hulls and keels.