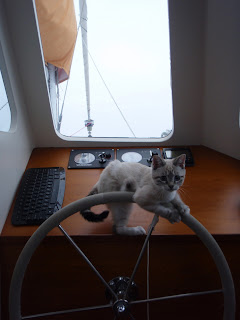 'Shell' are new kitten taking her turn on watch at the helm of s/v LightSpeed on the Baja Ha Ha 2011 as we embark on the first leg of our around the world sailing adventure. 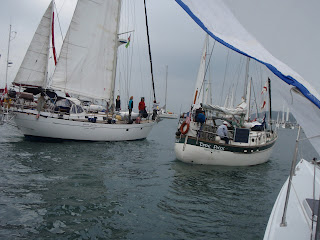 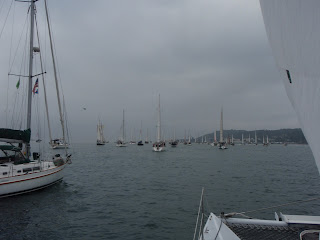 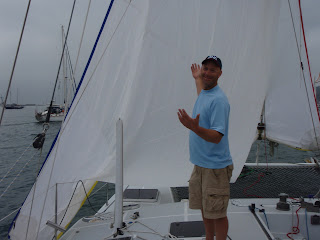 Dave doing his best to fly the spinnaker aboard S/v LightSpeed at the pre-start of the Baja Ha Ha 2011 rally to Cabo San Lucas.  We won a free pizza from the race committee for our efforts. 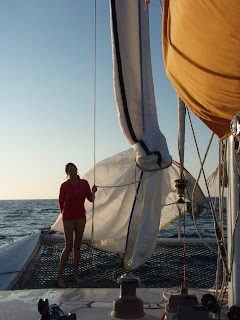 Kathy ready to launch the spinnaker in her undies. 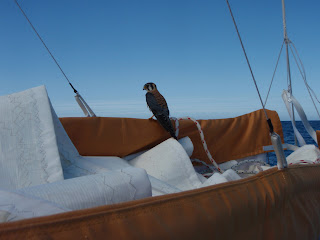 Cool bird of prey that hitched a ride on sailing catamaran LightSpeed sailing to Mexico in the Baja Ha Ha 2011. 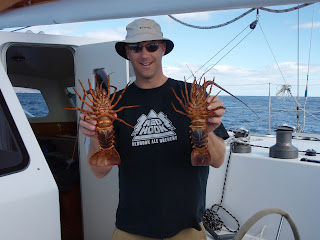 These tasty live lobsters went right to the galley for lunch. 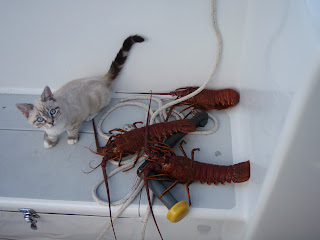 Kitten 'Shell' checks out some fresh Lobsters.  We traded these three lobsters for 8 PBR's. 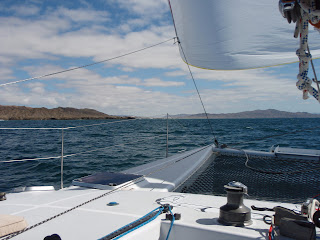