It's been a while since we've done a special delivery see: (Chief William gets a ride to Port Villa).  But, we are always eager to help out.  So when a local man approached s/v LightSpeed in a outrigger canoe and asked if we'd deliver some supplies to the atoll of Maupihaa some 100nm to the West of Maupiti.  We were happy to oblige.  A few hours later the man returned with a huge 200 liter water barrel, several heavy boxes, 50kg of rice and a full size mattress for special delivery aboard s/v LightSpeed to Maupihaa.

The exact spelling of the islands name could be Maupihaa, Mopelia, Maupelia, Mopihaa or Maupihoa depending on whom you ask.  All the more suiting for a atoll on the frontier of French Polynesia with a sketchy pass and population of only around 10.

Since arriving in Tahiti I have been less than enthused with the tourist centric core islands of French Polynesia after being spoiled yet again by the wild Marquesas and Tuamotu.  For over a month have been dreaming about a wild side of the Society islands.  The unfettered Maupihaa with it's dangerous, weather sensitive narrow pass and miniscule population whom largely live off the land as they harvest Copra (coconut meat). 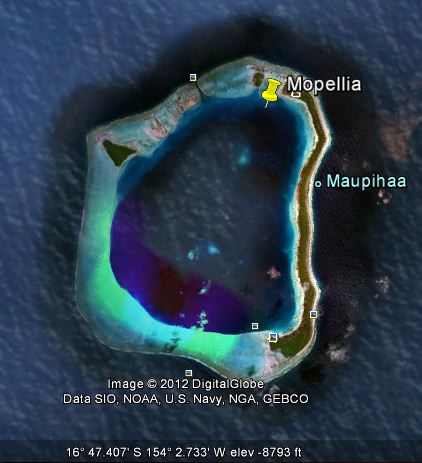 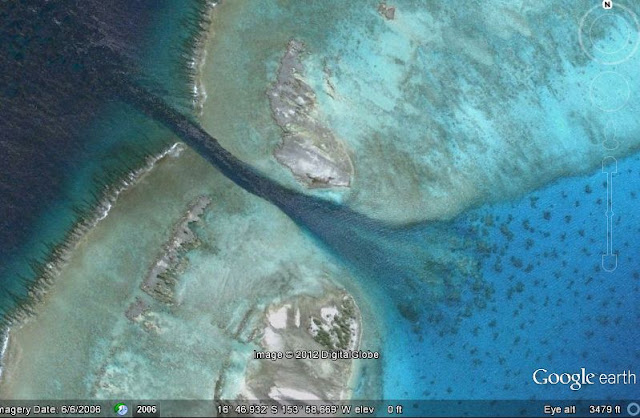 Close up of the pass at Mauphiaa thanks to Google earth and Digital Globe.
Posted by David Kane at 1:19 AM