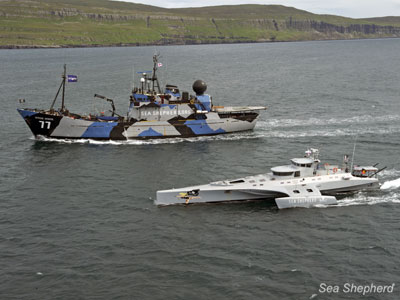 Last Friday night we ran in to a few of the crew at 'Sadie's by the Sea' and bought the crew a few beers.  These guys and gals are walking the talk and putting their lives on the line for cause they truly believe in.  It's not often you get to meet folks who are so passionate about their beliefs.    Few of the 44 crew of the Steve Irwin are paid and they may at sea for months battling with the Japanese whalers in the Southern Ocean trying to stop the slaughter of whales.   For more info check out http://www.seashepherd.org/