National Park of American Samoa.  Pola Island trail (1) is super easy flat walk along a old road leading to surf pounded steep rocky beach.  The beach talks as large breakers pick up the volcanic rocks and roll them back to the sea.
Tuafanua Trail (6) is a bit more challenging despite being only 2.2 miles.  Sweeping views await at the ridge crest after a easy 15 minute stroll up a well built switch back trail.  After taking in the view an adrenaline pumping decent begins down what must be the steepest trail in the entire National Park system.  Nearly the entire decent toward the striking blue waters below is accomplished via ladder and rope. 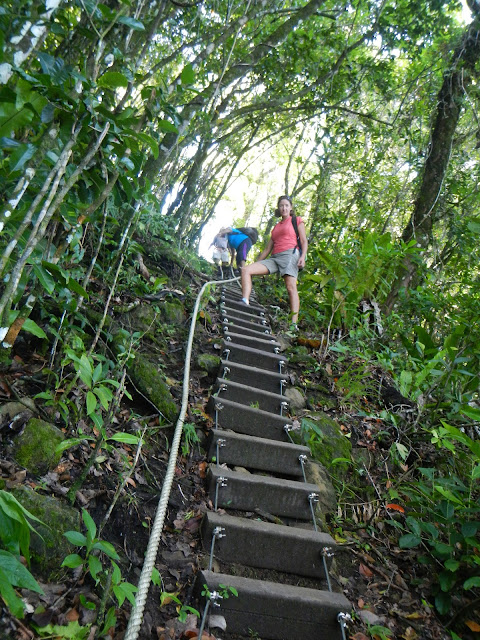 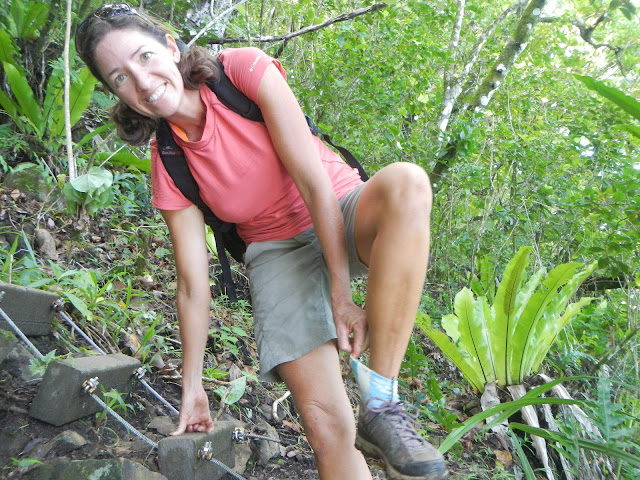 Kathy took a spill on the trail, but Luckily only ripped her sock. 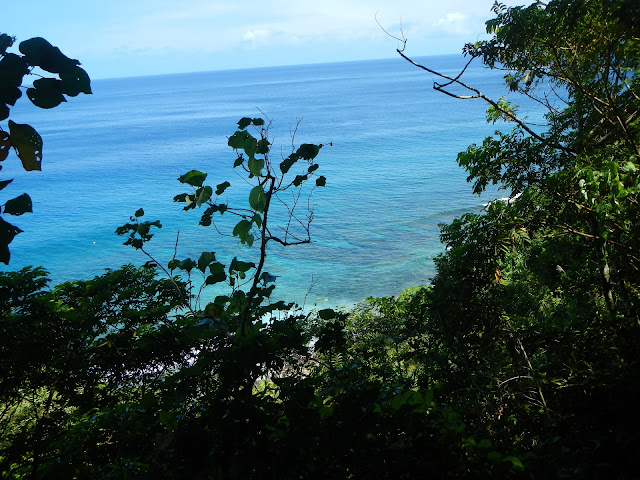 The alluring sparkle and of crystal clear Pacific waters over emerald colored reefs provides encouragement to continue down and down the ladders. 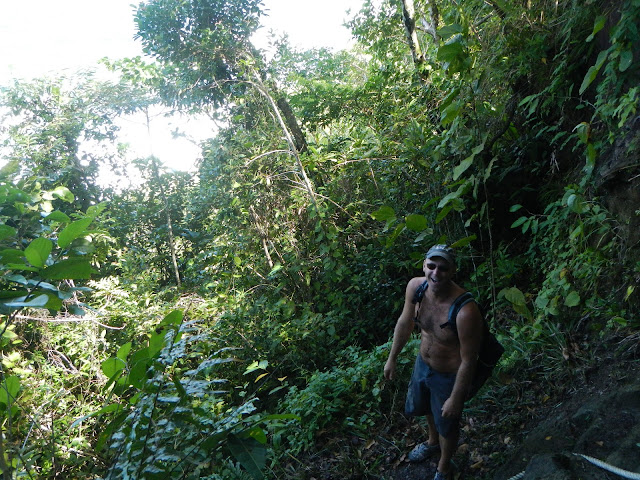 Having a laugh after swinging down one of the really steep sections of trail.  Kathy was 15 feet above me vertically and only 5 feet away horizontally when she snapped this photo. 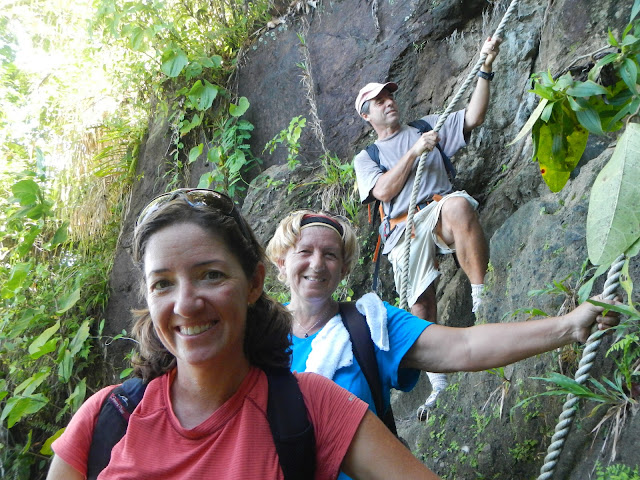 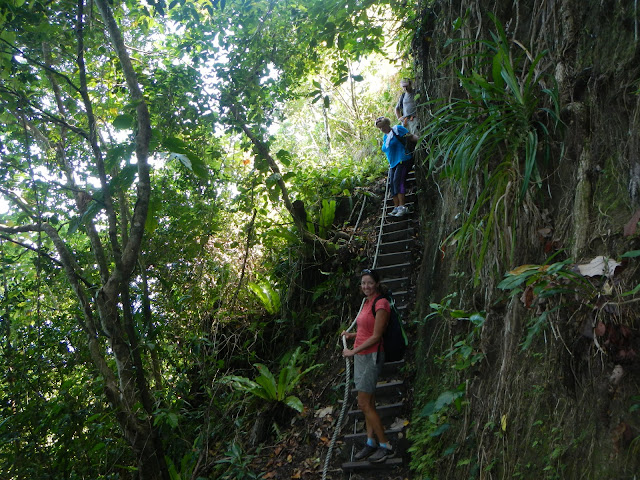 Believe it or not this one of the least steep ladders. 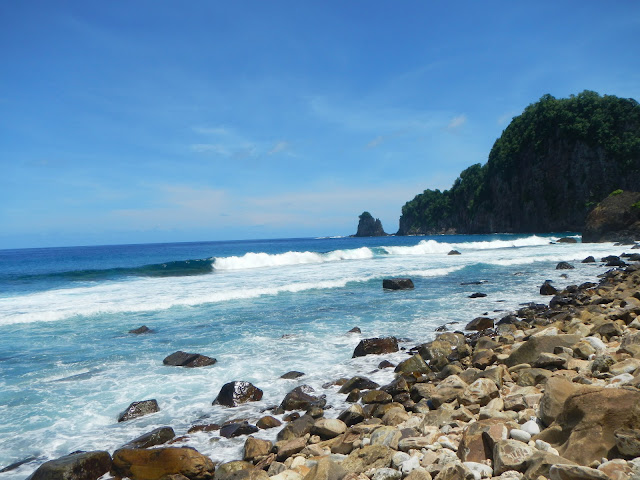 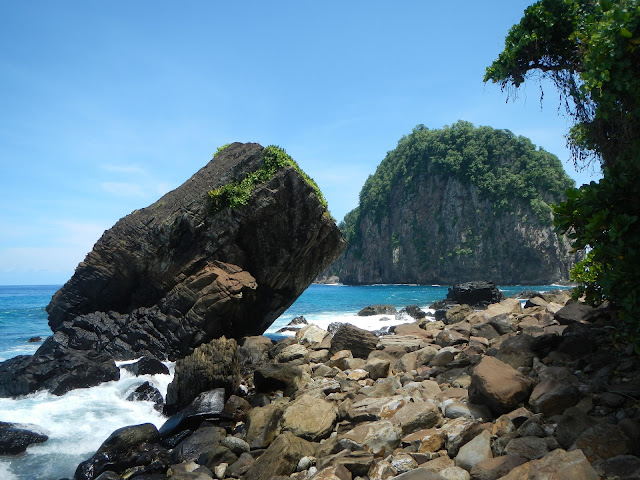 Rock hopping along jagged boulders with Pola Island in the distance. 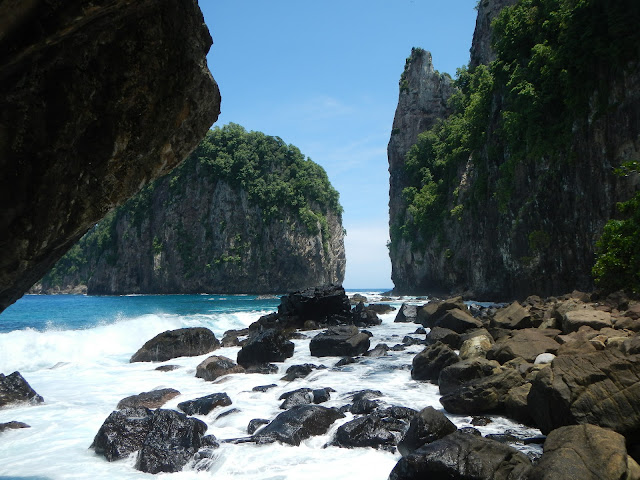 Foamy remains of once majestic Pacific swell slip back to the sea.  American Samoa National Park. 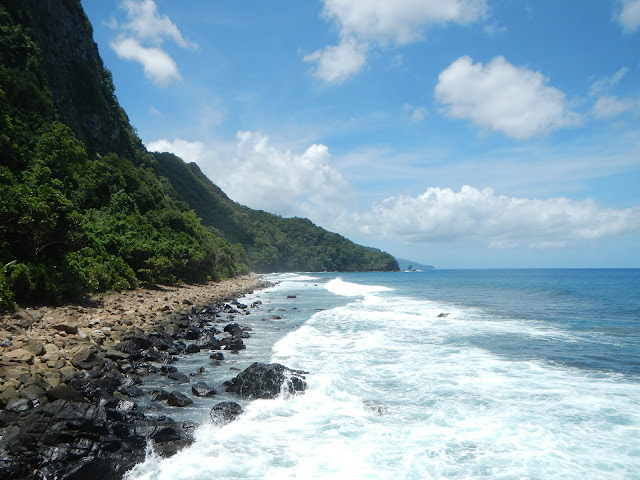 Looking South West toward the terminus of the Tuafanua Trail about 1 mile down the beach. 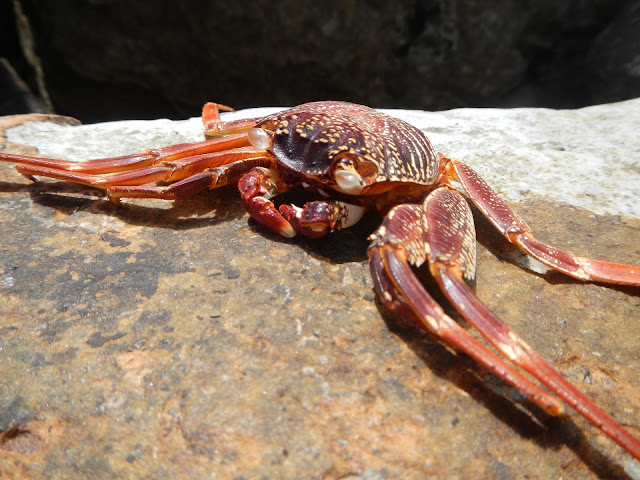 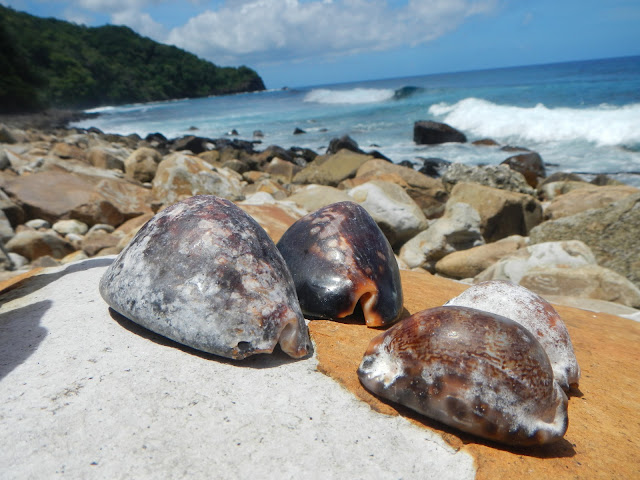 Cowrie shells were frequently found among the large boulders.