For Thanksgiving Gil and Kathy of s/v Endorfin hosted a 35 person feast at their rental home near the LBJ hospital.  Gil and Kathy sailed into Pago last season and Gil found a job helping the local water authority to eradicate e-coli contamination from some of the drinking water sources here on American Samoa.  Good folks.

The semi permanence of dropping the anchor for many months create a stronger sense of community beyond the more casual and flirting friendships of more transient anchorages.  I've been helping Doug on s/v Windcastle with a webpage to help sell his boat, Shane on s/v Clover and Fred on s/v Songline have been tremendously helpful in building our new mooring and today I'll be helping Shane to partially remove his engine to get at a broken bolt on his 53 year old Atomic 4 engine.

Yesterday we had a 80th birthday celebration for Doug of s/v Windcastle hosted at Jerry and Gracie's apartment  near the wharf that overlooks their s/v Pacific High.  A few days ago Jerry invited Fred and I to go fishing for the day in hopes of landing a few fresh fish for the birthday party.  Despite getting up at 4AM and fishing until 3PM we got skunked.  We had 5 solid bites, but couldn't seem to land a fish.

A few days previous Kathy organised a all day hike across the island with Cinda, Fred and the other Kathy. It seems we're always on the go and enjoying are time with a great group of cruisers. 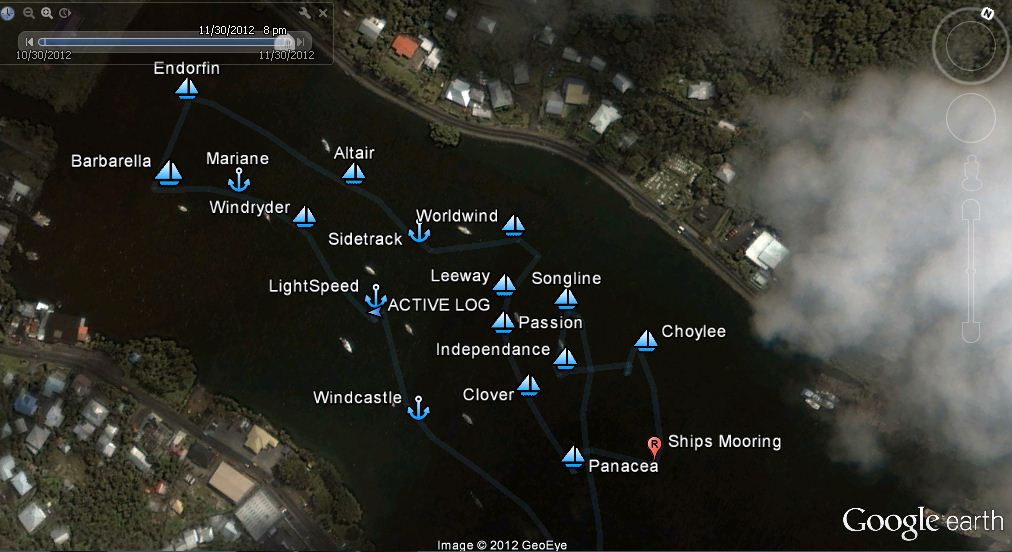