The harbor of Pago Pago, American Samoa has a far reaching reputation of being pretty dirty. A few days ago we set out to find the source of all the trash that makes it's way into the harbor.  It didn't take much detective work to find one of the primary sources up the valley from Pago Pago. 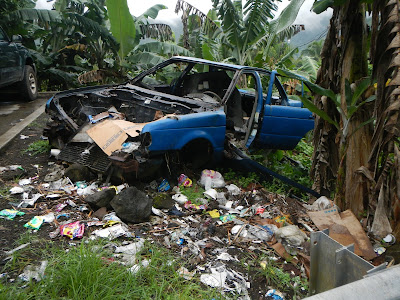 At the head of the valley, trash piles up like glacial ice and slowly makes it's way down the steep ravine 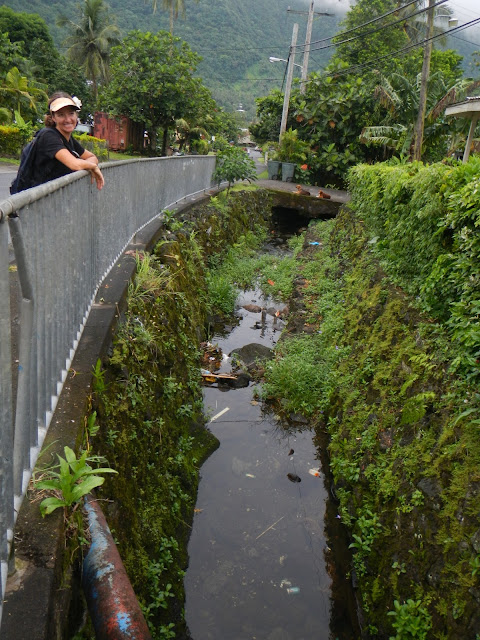 Although lush with greenery this waterway had lots and lots of trash. 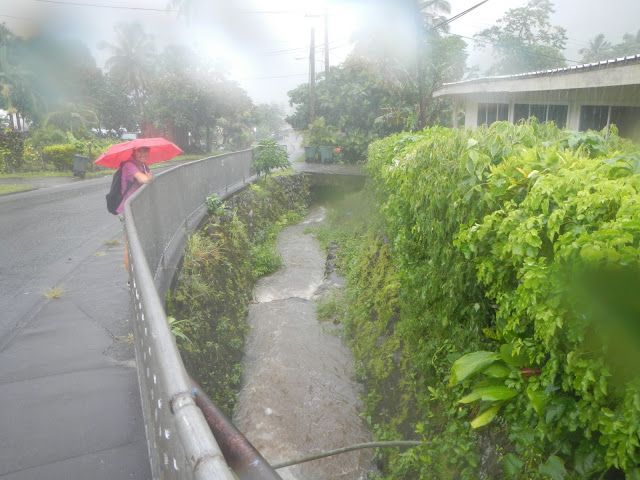 During frequent tropical down pours anything thrown in this waterway makes it way to the bay and coral reefs. 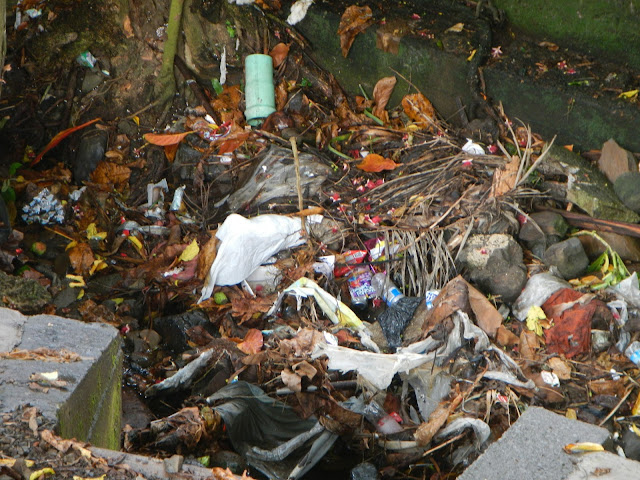 Even after a rainstorm, lots of trash is still hung up in the water way. 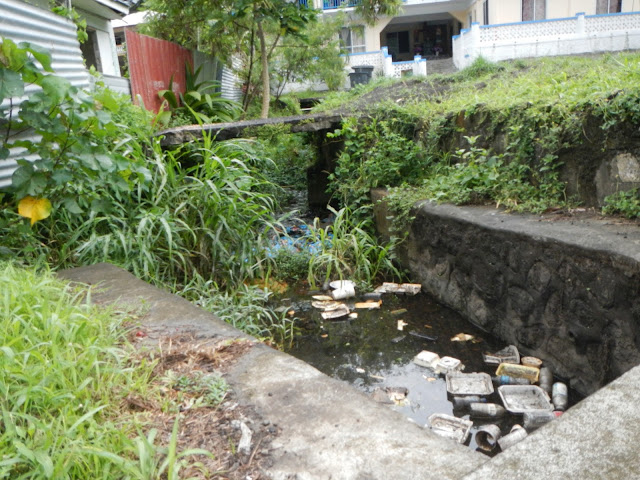 Styrofoam sucks!  We do not buy products that use or served in styrofoam. 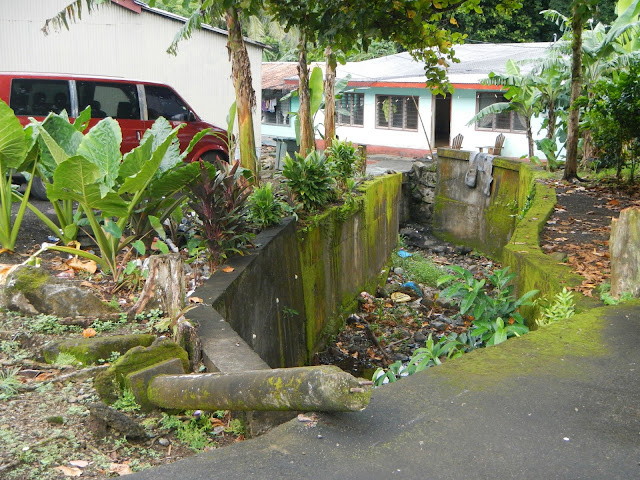 Look closely and you see litter everywhere and in large quantities. 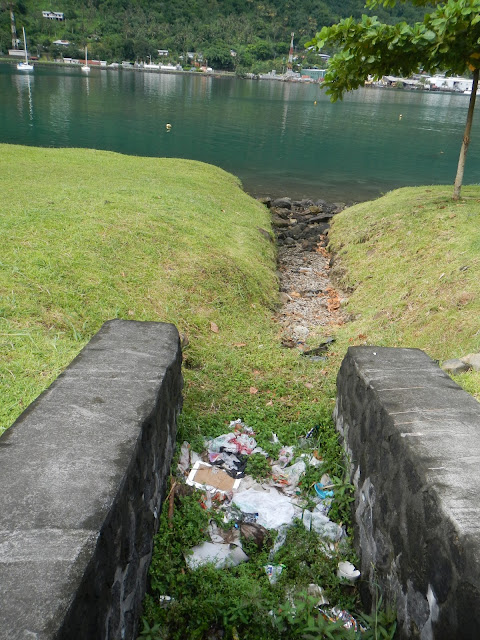 Trash ready to enter the bay from a drainage creek on the side of the bay.  All that's needed is a little help from a tropical downpour and all this trash can make it's way to the nearby coral reefs and sea turtles. 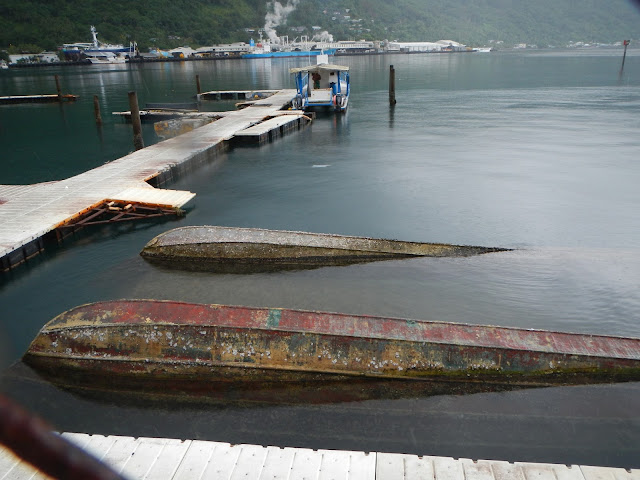 Just outside the offices that manage this marina, sunken boats and broken docks are the norm.  The sad thing is this marina looked only marginally better in 2006 and after the 2009 tsunami what happened to the funds that should have rebuilt this facility? 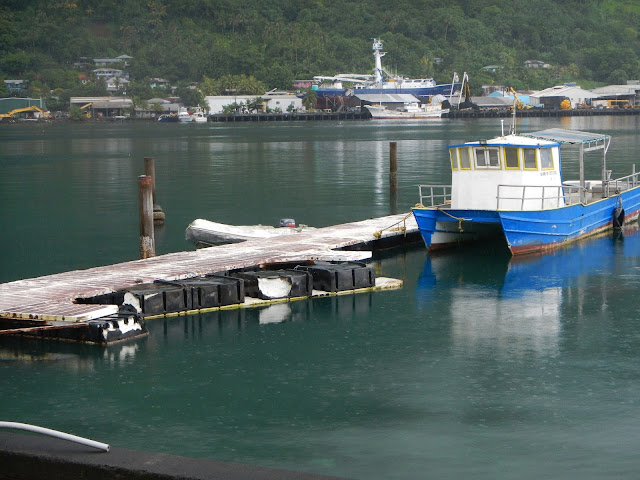 Busted and loose docks could be bolted back together in a few days, but gosh I guess that would be too much work. 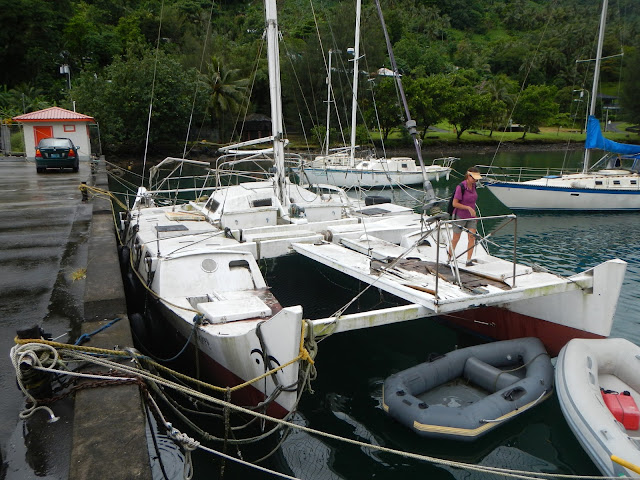 Abandon and now derelict catamaran that looks to soon be on the bottom and fouling up potential dock space for a functional yacht. 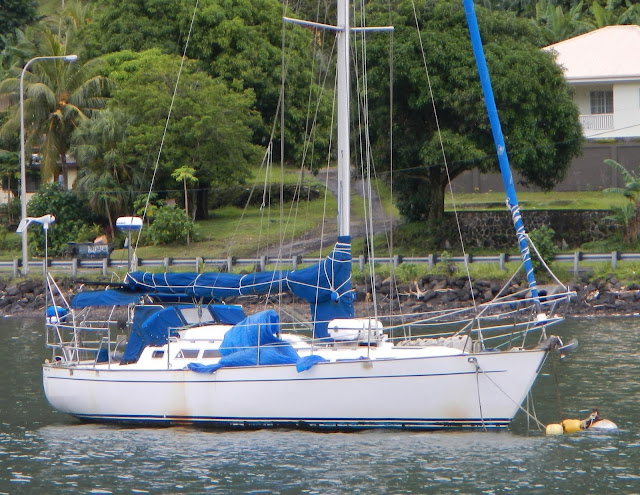 Does this boat look ready for a cyclone?  It looks well on it's way to becoming yet another piece of litter in the Pago Pago Harbor.