A day after arriving in the Marquesas we ran into the crew of a big sport fishing boat and have become quick friends.  Over the past few weeks we've done many hikes, enjoyed many meals and had the unique chance to go fishing from a world class eighty foot sport fisher twice. 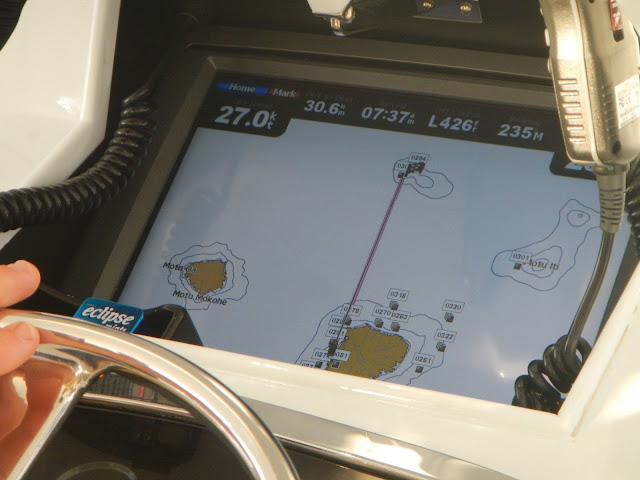 As the old saying goes...  If you have to ask about the fuel, then you can't afford the boat.  Being a sailboater, this was the first question out of my mouth:)    This 125,000 pound sportfisher with twin 2,000 horsepower engines, cruising at 27 knots burns 130 gallons a hour. At an 8 knot fishing speed it's a mere 12-14 gallons per hour. 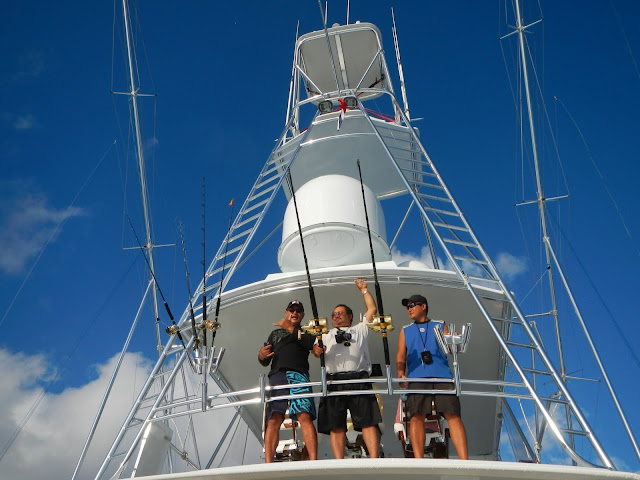 The sport fishers professional crew is all about giving back to the communities they visit.  Whether it be delivering $10,000 worth of school supplies to Tonga, gifting fish to the locals or providing a once in a lifetime opportunity to go fishing for some lucky locals.  These are good people. 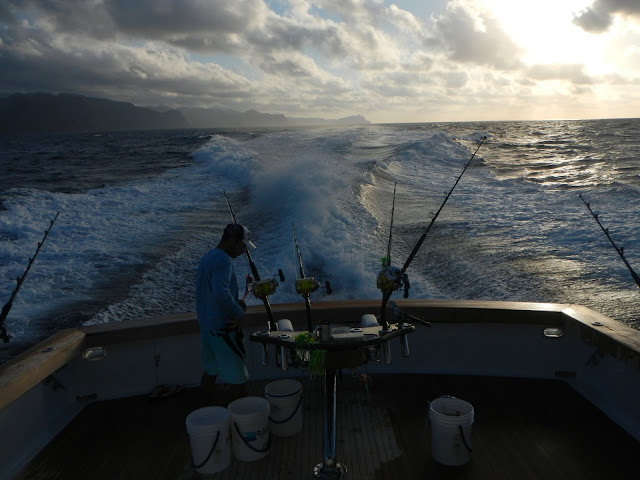 At 27 knots there is a scary big wake behind this boat. 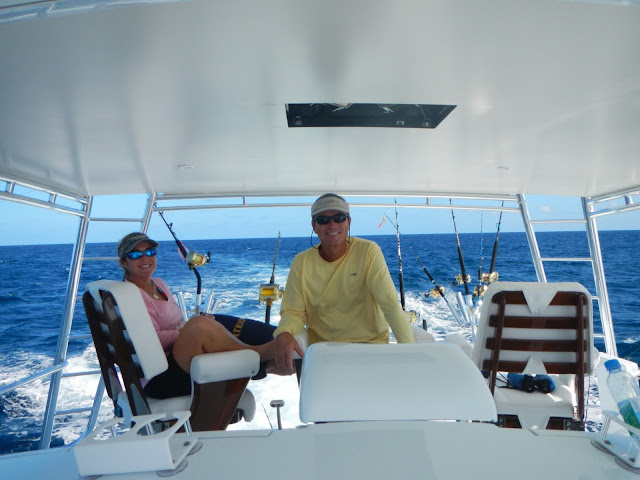 Bonnie and Terry at the helm 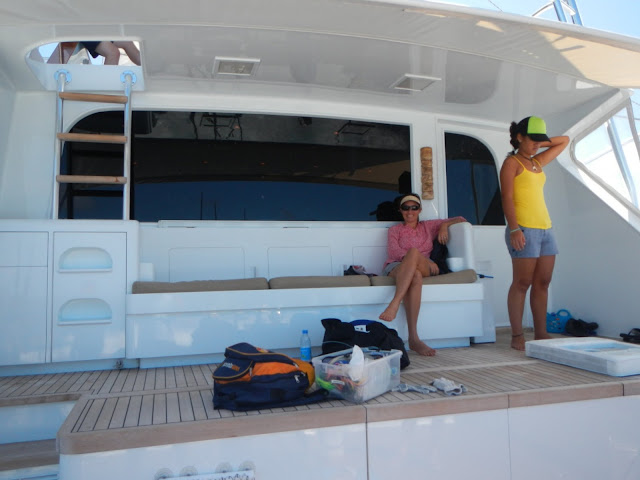 Kathy lounging on the fishing observation deck with a/c vents blowing on her neck. 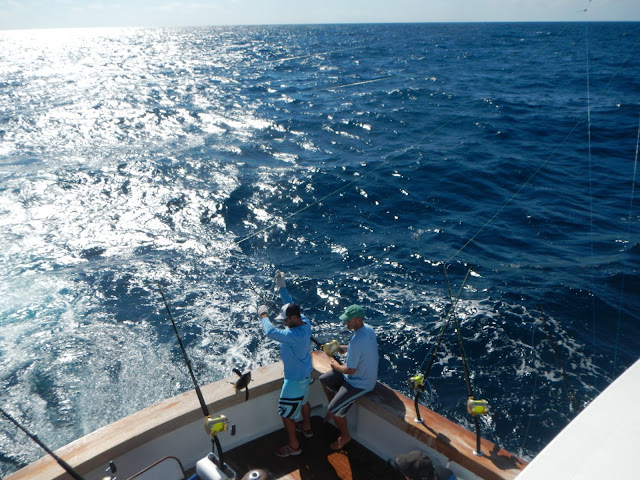 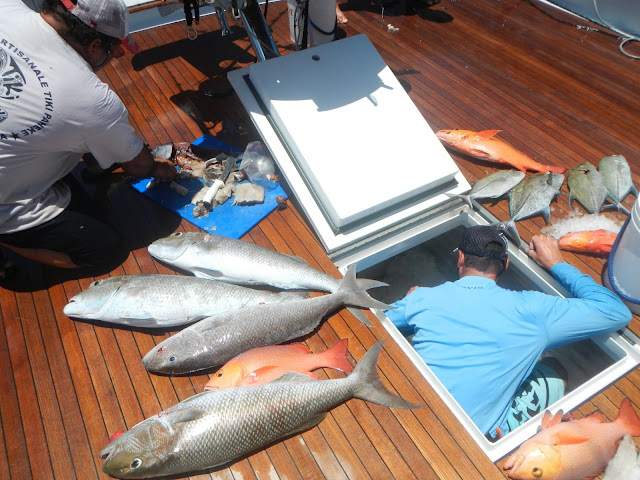 Paul in the fish hold sorting out the days catch. 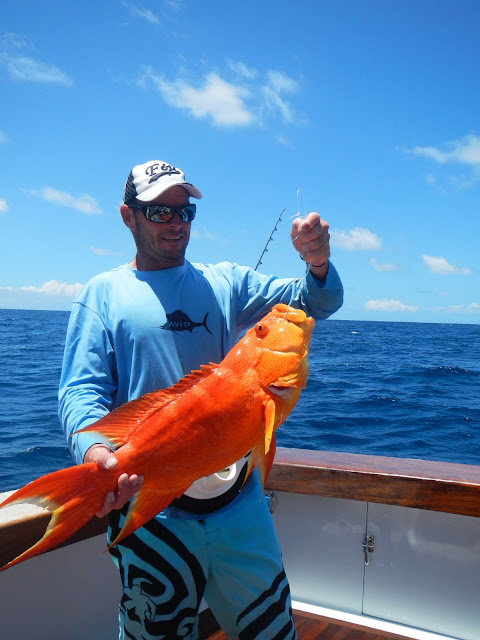 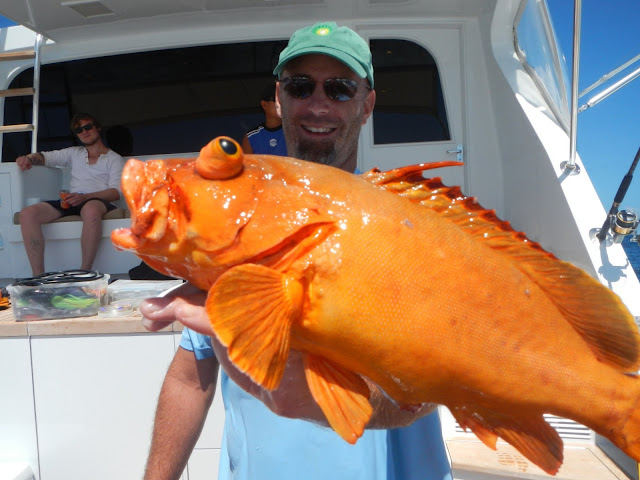 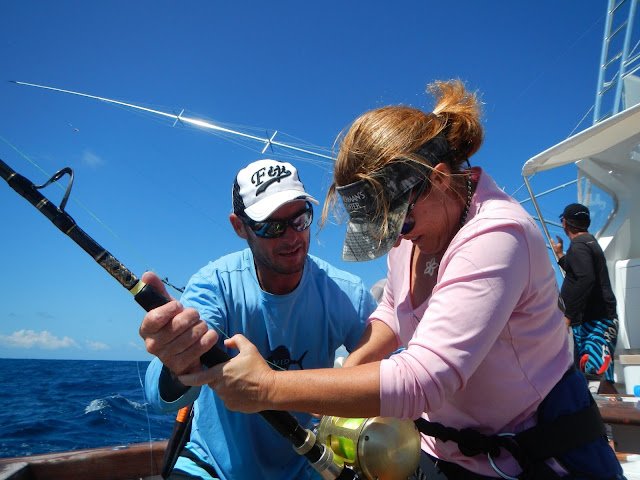 Bonnie and Paul dialing in the gear as the battle begins with a 400 pound Blue Marlin. 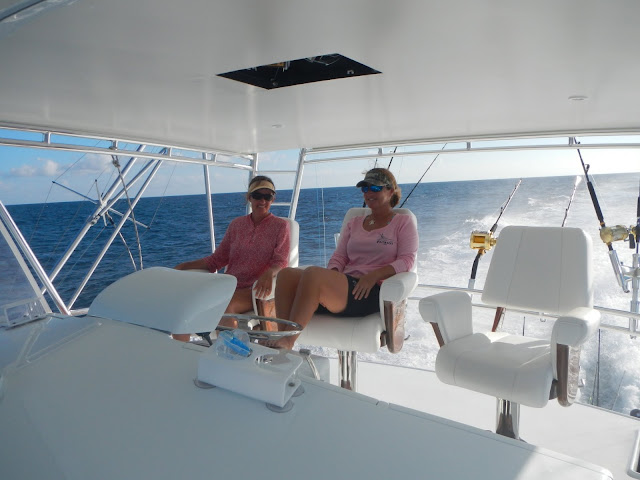 Kathy and Bonnie on the bridge. 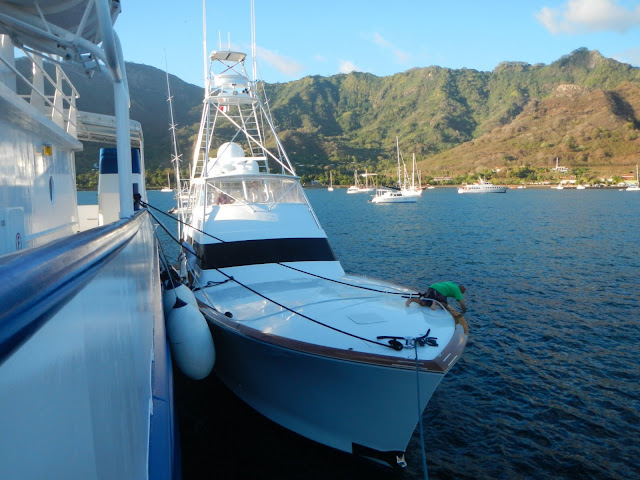 The eight footer looking pretty small tied up to the support ship that acts as a base for operations and fuel resupply. 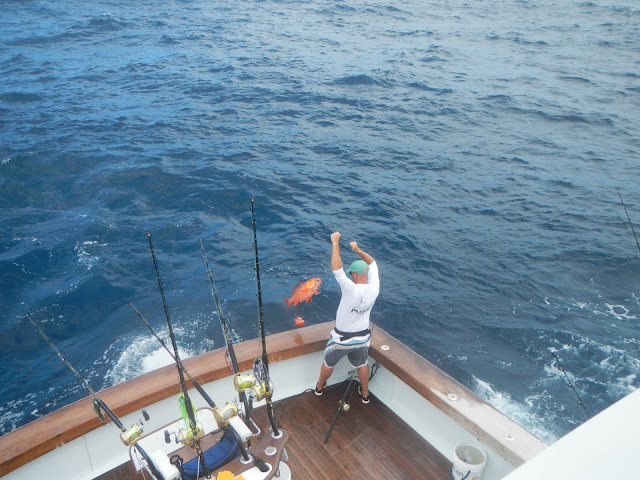 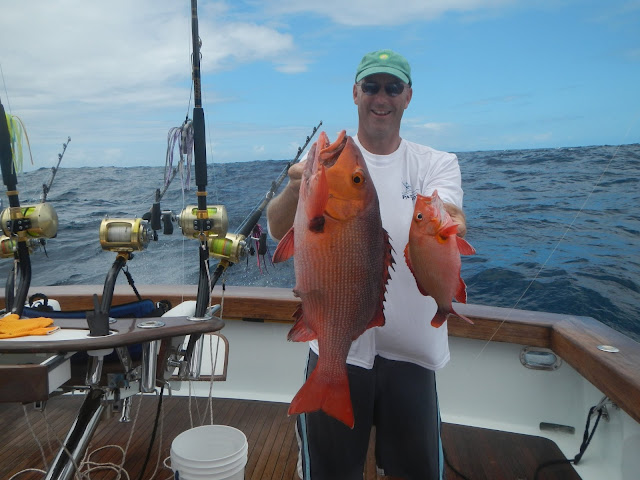 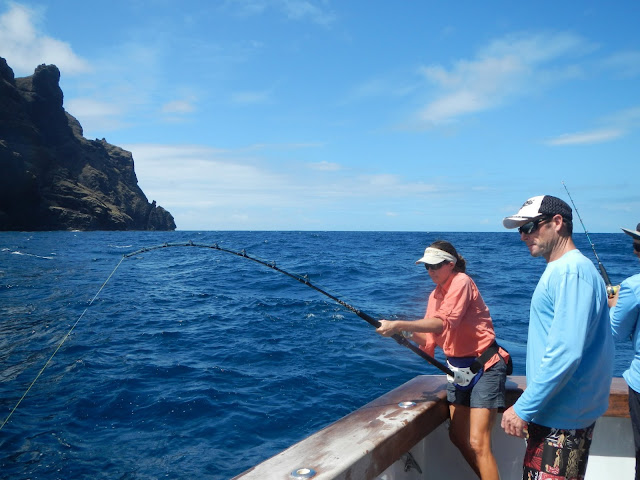 Kathy battling a big shark that snapped up her fish as she was reeling it in.