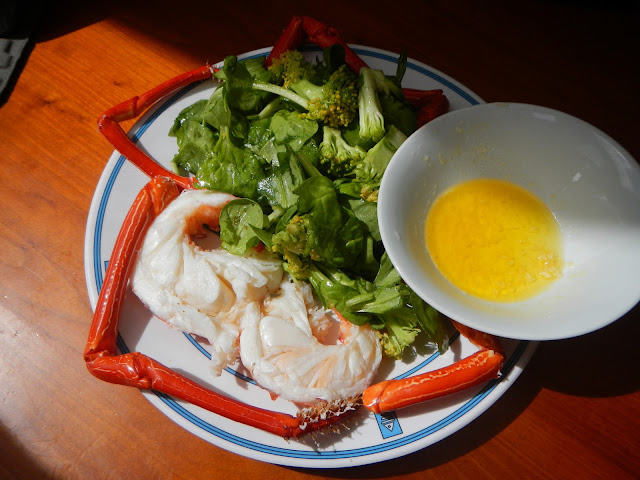 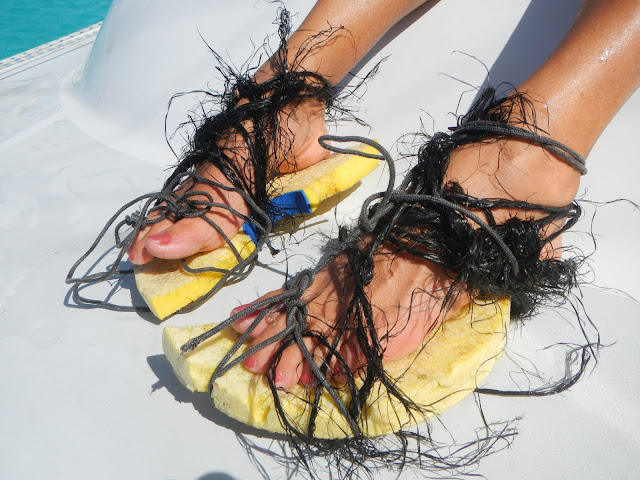 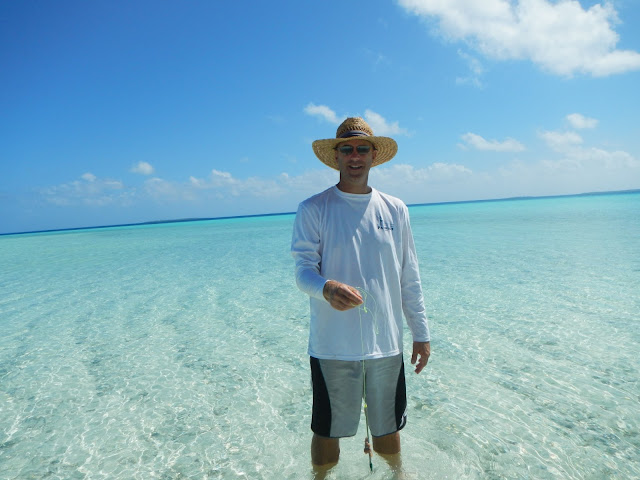 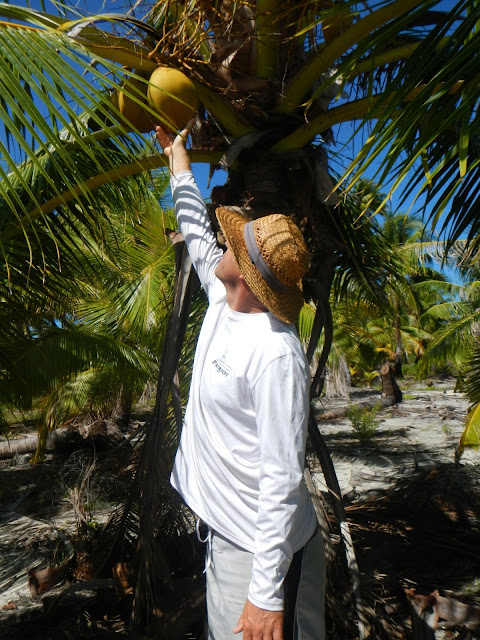 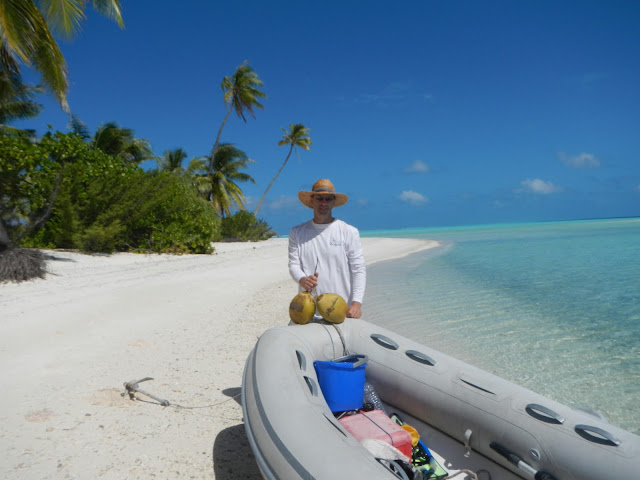 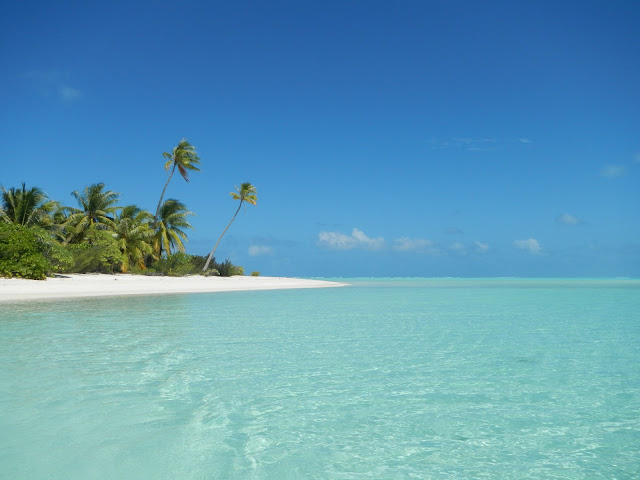 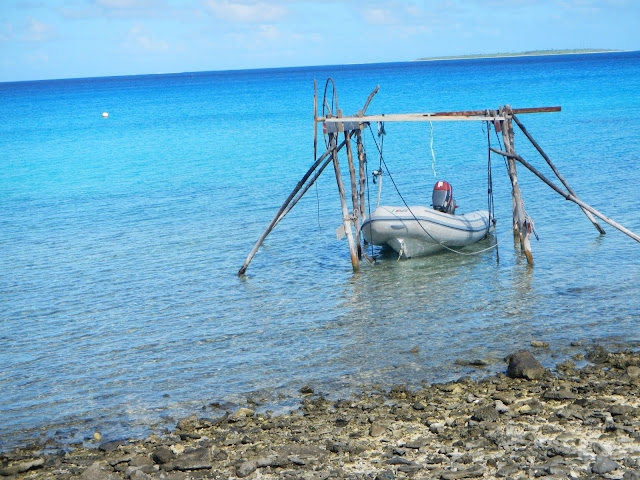 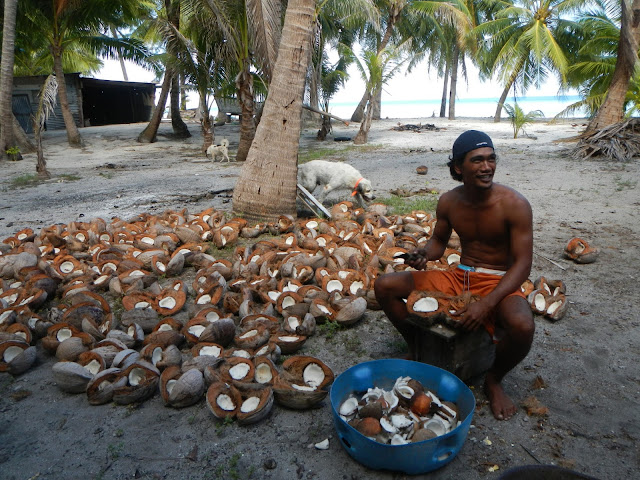 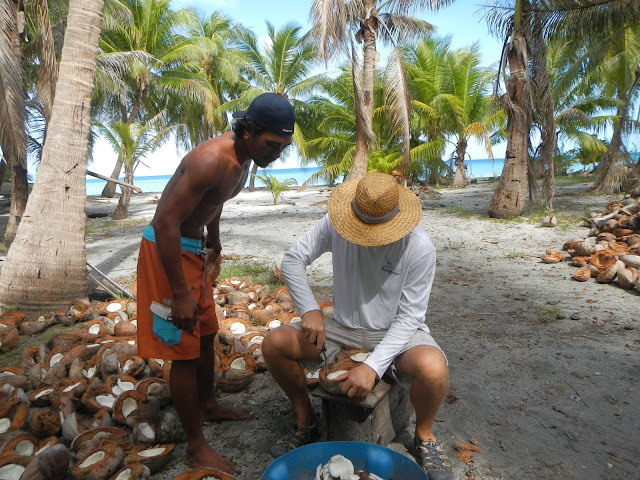 Learning how to quickly pop the coconut meat from the husk. 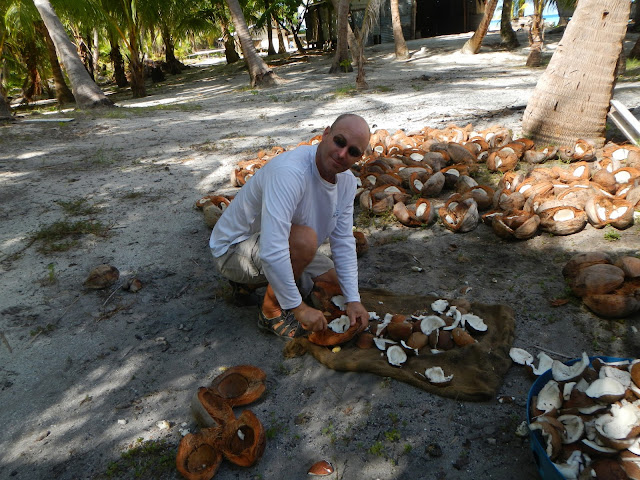 Husking coconuts until my 'soft' yachtie hands were pretty blistered. 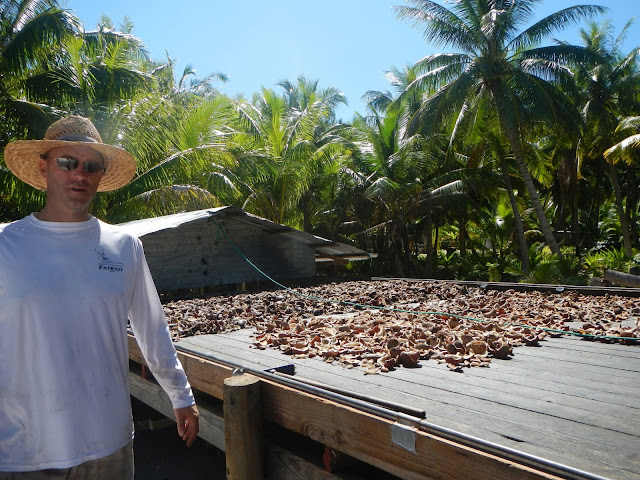 Copra drying in the sun 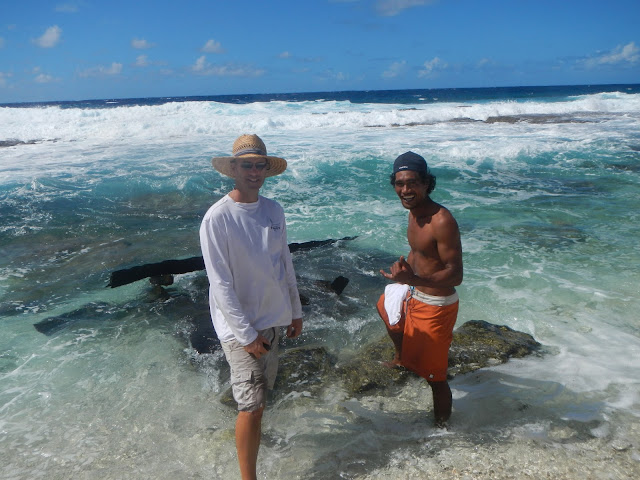 Remains of a old ship wreck on SE shore of Maupihaa.  Lots of small colorful ballast stones litter the beach. 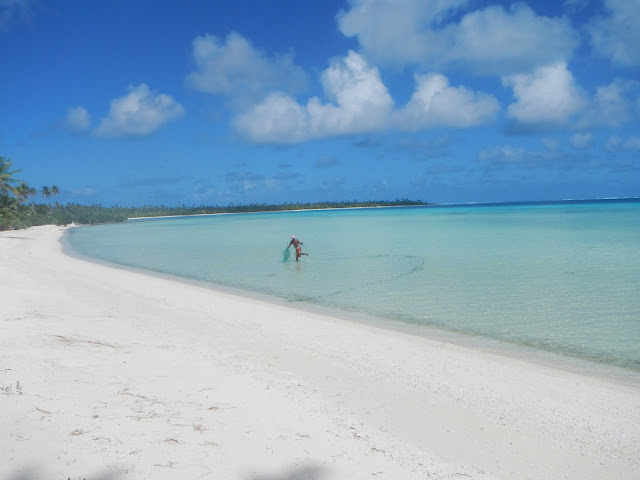 Hio catching lunch by running around a few fish that ventured too close to shore. 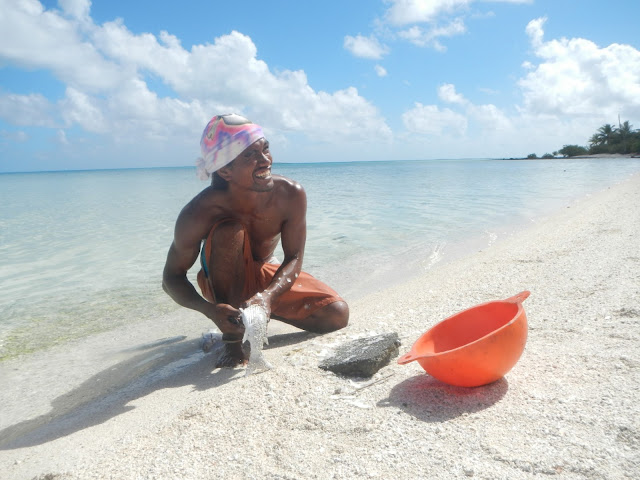 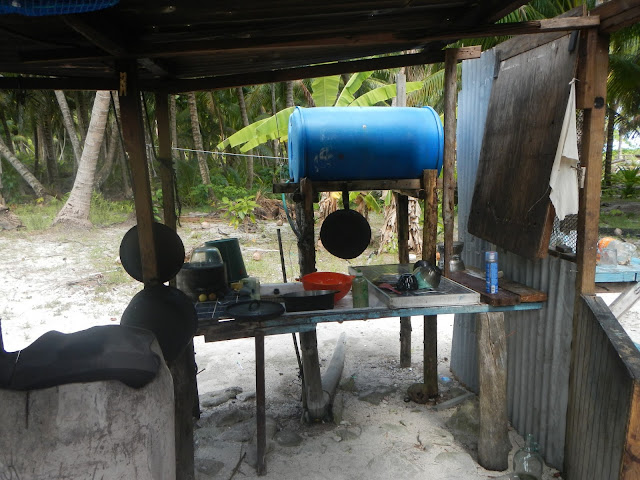 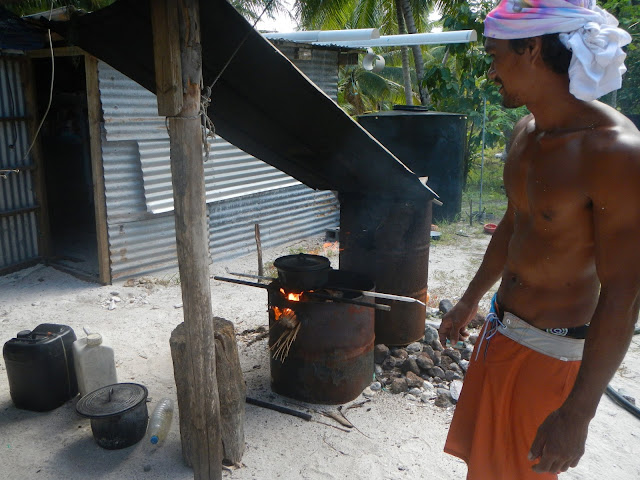 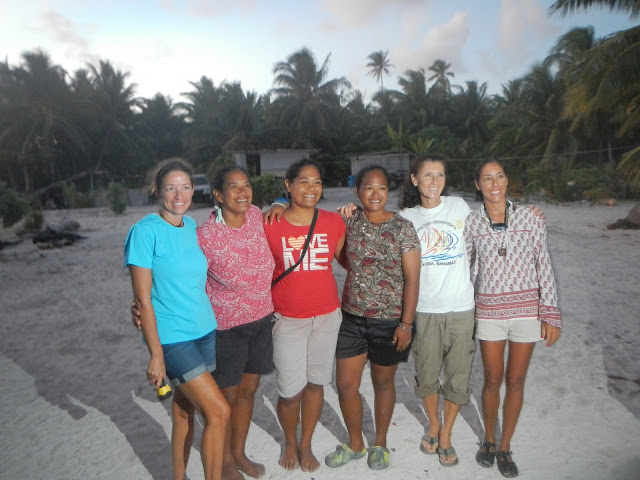 Cruiser girls pose with the islands girls before a coconut crab hunt. 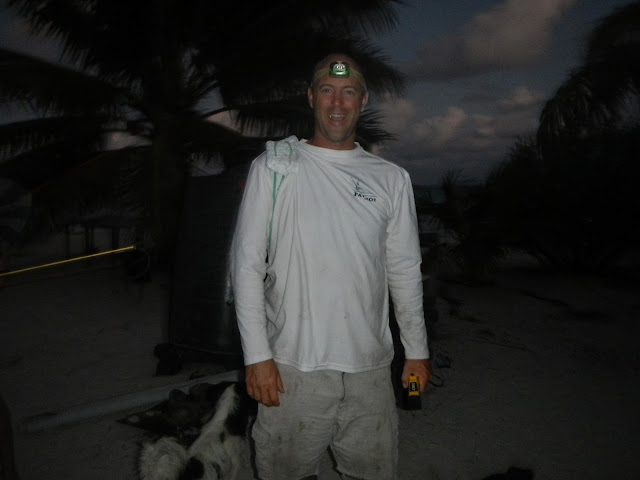 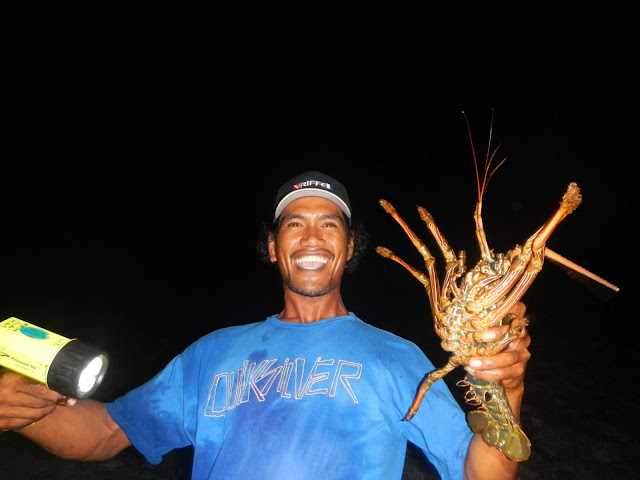 Hio with the first catch of the night where we captured 13 lobster by walking the reef at low tide. 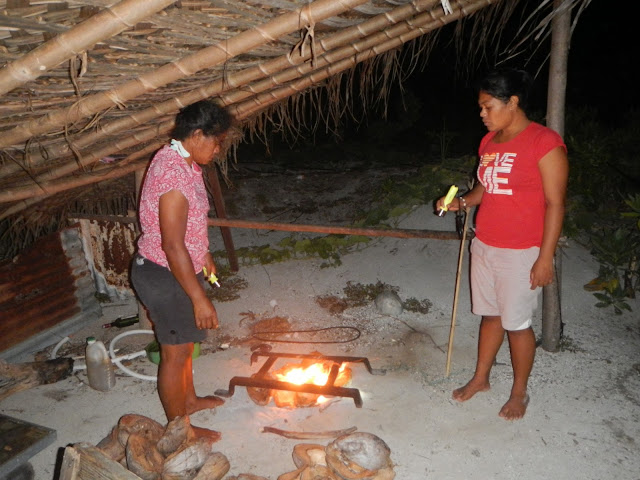 Preparing the 'stove' to boil the lobsters 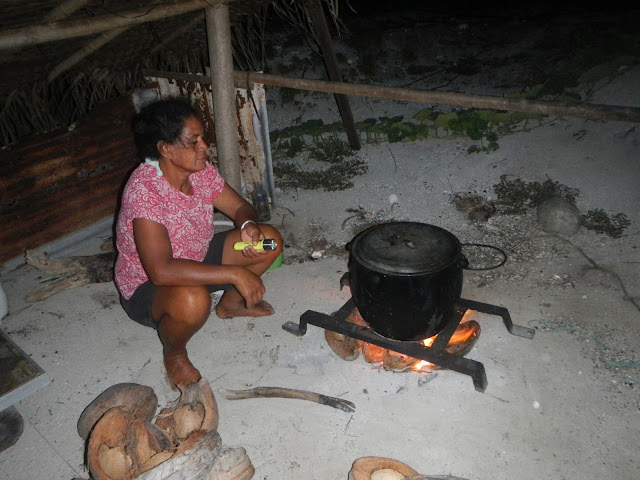 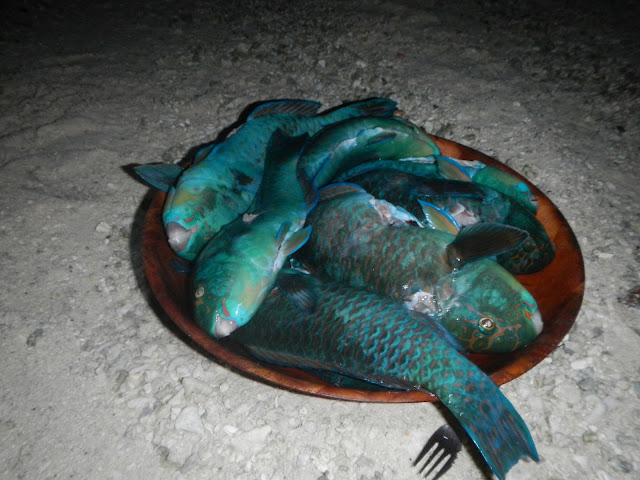 While picking up lobster off the reef we also speared a bunch of sleeping parrot fish.  At night the parrot fish tuck themselves in a the coral and sleep.  Spearing these is almost as easy as shooting fish in a barrel. 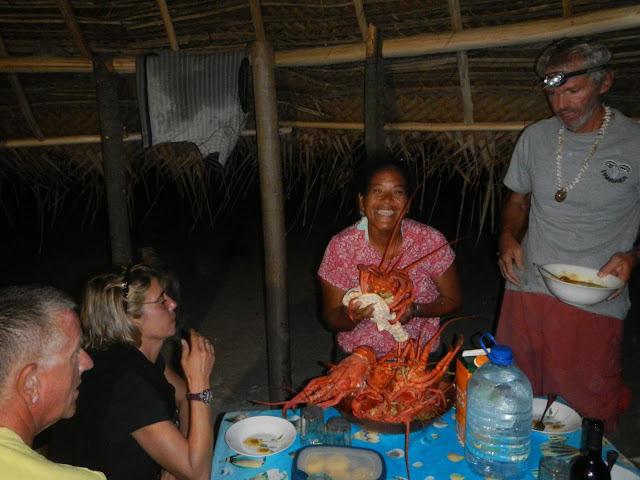 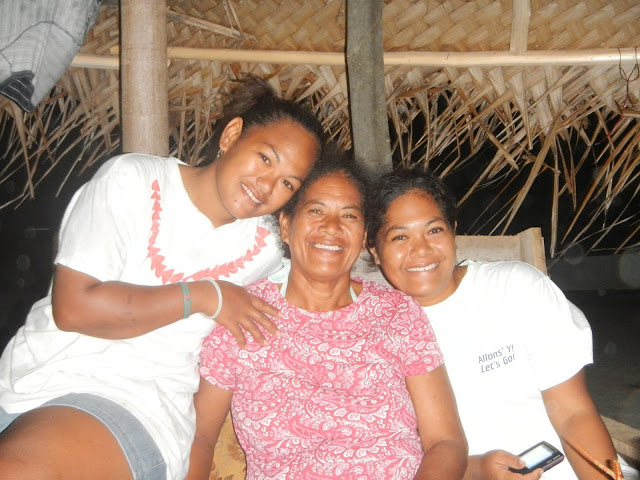 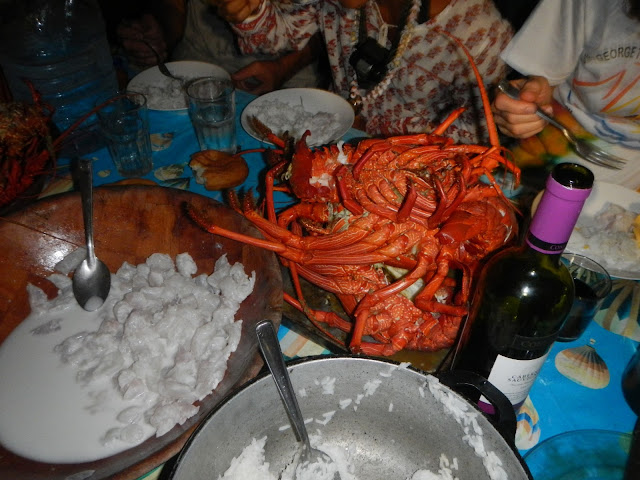 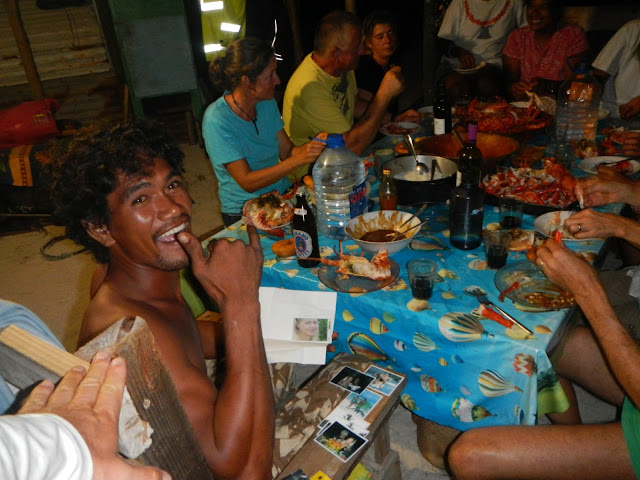 Hio enjoying being King of Maupihaa. 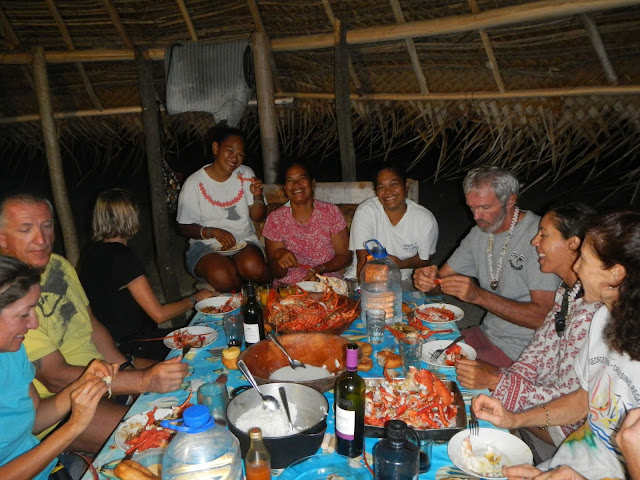 Great times
Posted by David Kane at 10:45 AM