Sunday in Fiji is about church, good food and rest. Today we enjoyed all three as the guests of Temo, Arieta, Risiate (Risi) and Mavoa here at Tovu village on the island of Totoya. For many in the village the day began early with the first of three church services beginning at 6AM. We were invited to the hour long 10AM service to be followed by lunch on the hill at Temo's home. The Methodist church service was conducted 99.9% in Fijian, so aside from the singing it was just a nice time for some meditation as we watched the clock behind the minister's head as it slowly click off each second of the hour.

Lunch at Temo's home was superb with fresh fish, land crabs, shredded coconut meat mixed with prawns, bread fruit, dalo (taro), cassava and Fijian spinach cooked in a lovo. The lovo is an earthen oven in which the root vegetables are often prepared.

A small pit is filled with a fire and black volcanic rocks are then stacked on the fire until they turn white from the heat. The fire is then removed and the food is placed on the hot stones and covered with banana, dalo or bread fruit leaves and left to cook during the church service. 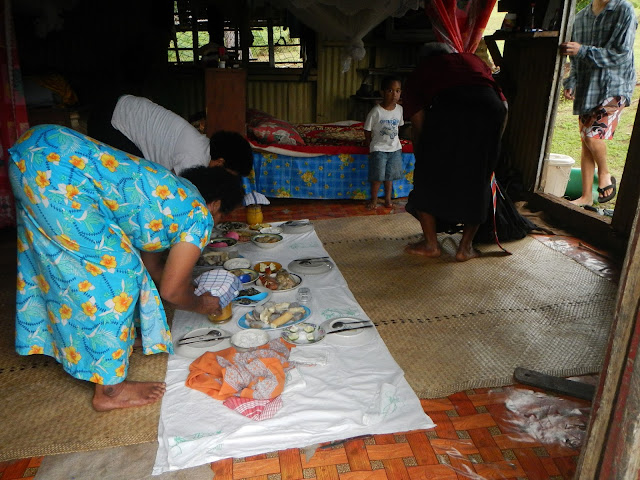 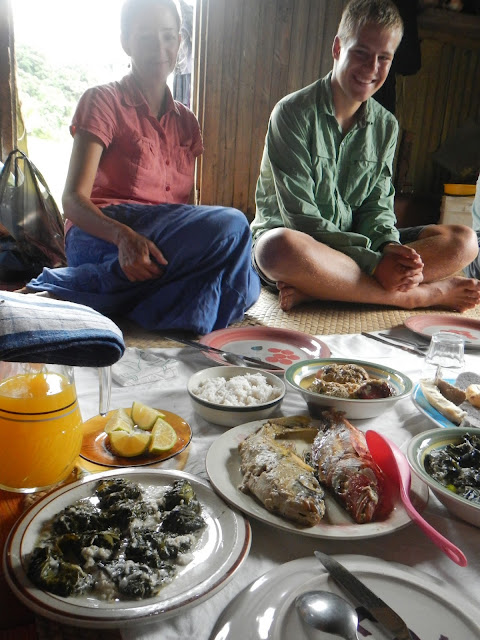 Kathy and Bruce ready for a feast.

The land crab was delicious, but my favorite was the pulasami or Fijian spinach (which are the young leaves of dalo) cooked in coconut cream inside a coconut shell that still has some coconut meat remaining after being scraped. Delicious! Thinking we couldn't have a richer experience for any amount of money our hosts gifted us a beautiful Fijian mat woven in the traditional way with leaves of the panadanamus tree and bordered with a colorful wool yarn fringe. The mat is at least 5 feet by 6 feet and features a cross hatch of jet black weave. The vibrant black color is achieved by burying the leaves in swampy soil for several days and then boiling the leaves in a special broth of plant leaves to set the color. It's an incredible gift that shows the incredibly friendly and giving nature of the Fijians found in the least travelled off the beaten track areas of Fiji.

After our meal Risi walked us back down to the beach and along the way described the uses of the many plants and trees growing in the village. Uses of the various plant leaves ranged from simply making a pot of tea from lemon tree leaves to a potion of mashed leaves used to purge the system after drinking too much kava.
Other plants they thought to be useful in preventing everything from cancer to diabetes. Given that the village has many healthy and active elders in their nineties the belief and use of native plants holds much merit. Along the way to the beach we had a group of boys tagging along from ages 3 to 13 and back at the dinghy we invited Risi to escort any of the boys that were interested in seeing the boat out for a visit. 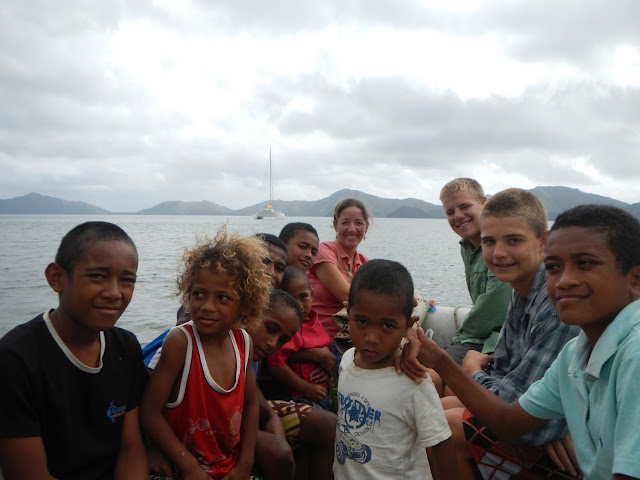 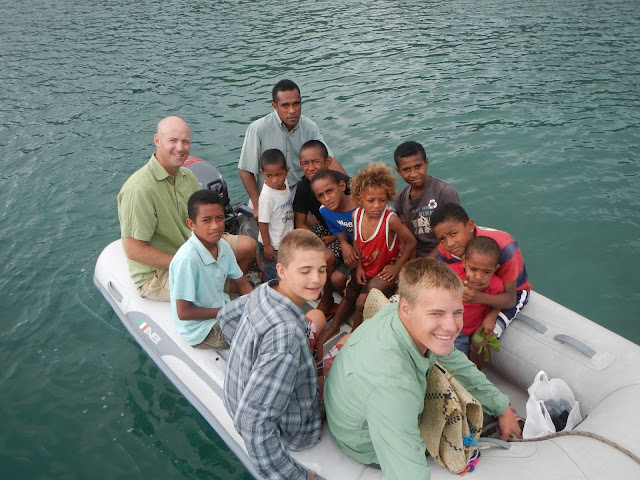 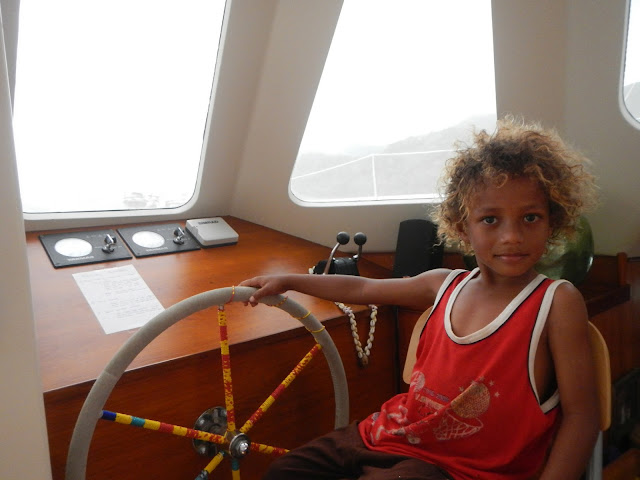 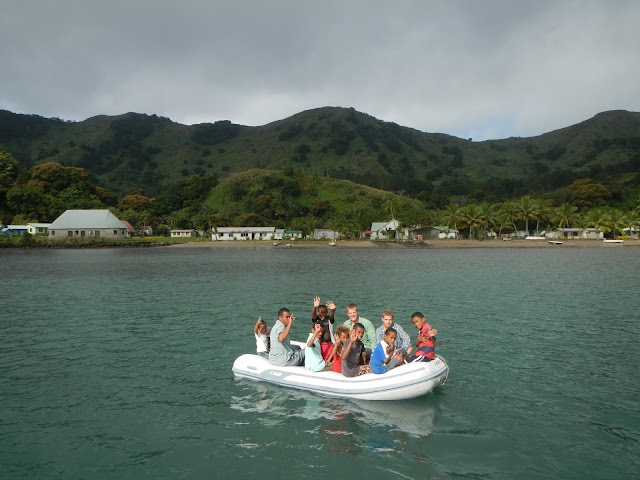 All 13 of us piled into the dinghy which was pretty close to capacity for one run to LightSpeed. All the boys enjoyed exploring the boat while Kathy and I chatted with Risi about village life and among other things how he met his wife and how a bride price is still paid in the form of an actual sperm whale tooth which might cost upwards of $1000FJD. Copra (dried coconut meat) is still harvested here, but at $500FJD (~$250USD) a ton it's an insane amount of work compared to the subsidized price for copra in French Polynesia of 100XPF (~$1USD) a kilo or loosely (~$1000USD a ton). The only way to earn cash in Totoya is a government job, copra or harvesting sea cucumbers which can be lucrative, but are in short supply.

Tomorrow, we will be joining a local group of young men to work high in the hills above Tovu village tending gardens of Kava plants.

----------
radio email processed by SailMail
for information see: http://www.sailmail.com
Posted by David Kane at 2:19 AM