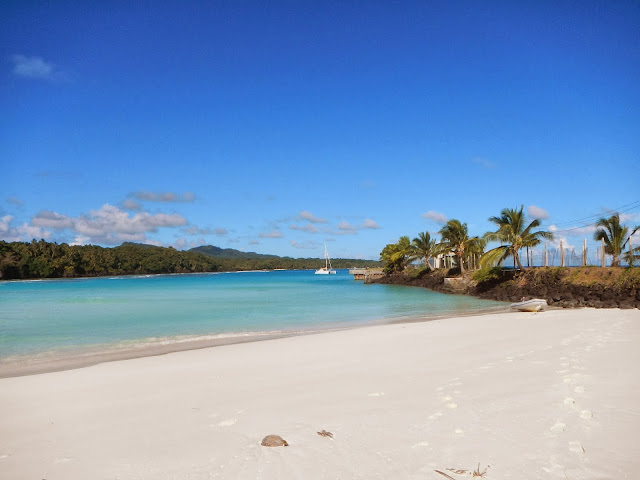 Early this morning around 1AM LightSpeed was 12nm from Routma, so we dropped sail and drifted until 5:30AM. Our drift rate lying beam to the seas and wind was 0.6 knots/hour with a 8-13 knot breeze overnight. About 9 miles from the SE corner of Rotuma we had Digicel 2G data. Closer to the East end of Routma we lost the Digicel and now in the anchorage on the NE corner near the wharf and it appears the signal comes from west end of the island near government station.

Despite the lack of internet we had a great morning fishing for Yellow fin Tuna on the east side of Rotuma. Hundreds if not thousands of sea birds and lots of jumping Yellow fin. We started with a double hook up. I landed the first fish pretty quick and then went to work on the second fish that was now down deep and much larger than the first based on the fight to reel him in. After getting a look at the fish near the surface he dove again with a powerful rush. Then tug tug tug and no more pressure on the line as I reeled in just a fish head. Shark!

The anchorage at Rotuma is gorgeous with white sand contrasting dark black volcanic rock clad with rich verdant green vegetation. Ground swell from the north creates a bump, but after being at sea the movement is no bother. A large red ship sized mooring buoy lies in the center of the bay and could be a hazard during a night approach. 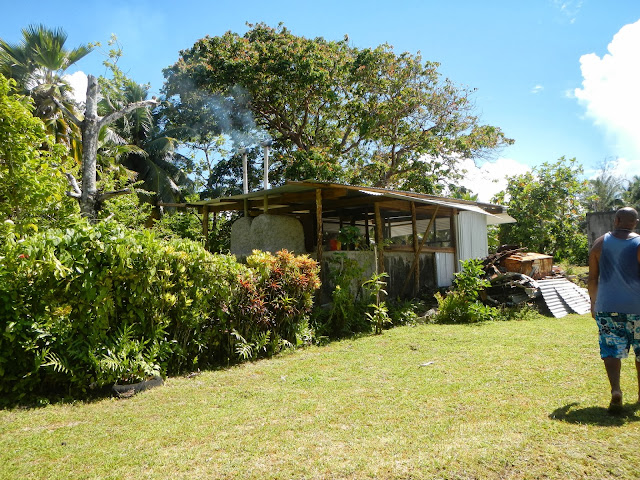 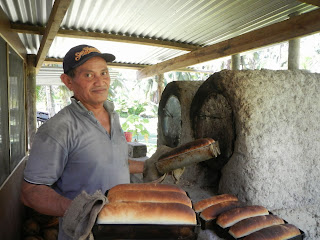 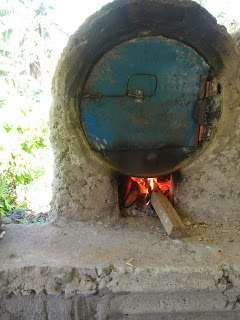 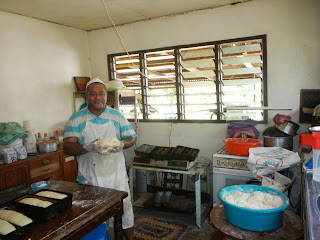 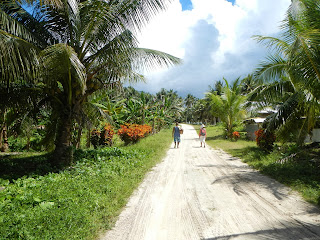 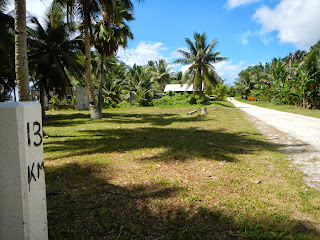 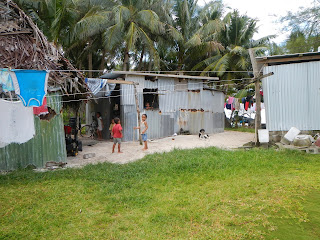 This is the happy home of a family of 9. 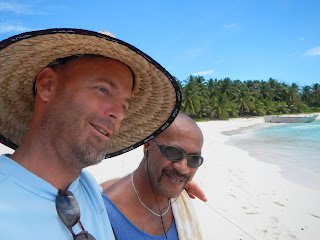 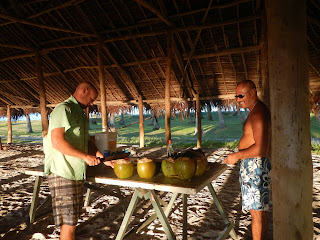 Curry dinner near the wharf with a few fresh coconuts. 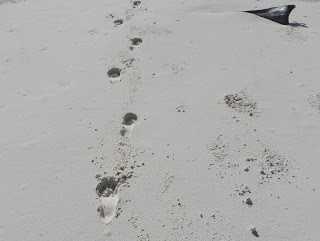 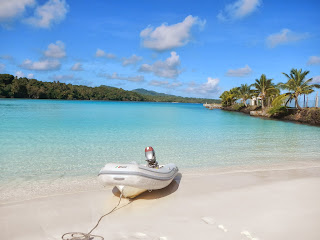 Beautiful beach near the wharf 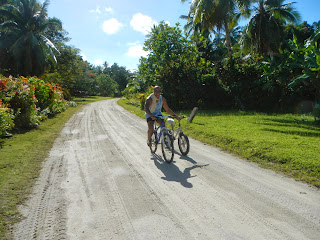 Philip bringing in bikes for our 27km round island ride. 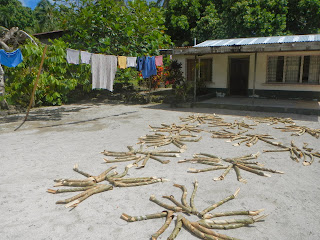 Pandanus leaves drying in the sun. 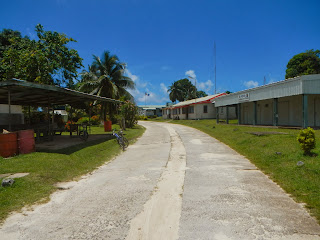 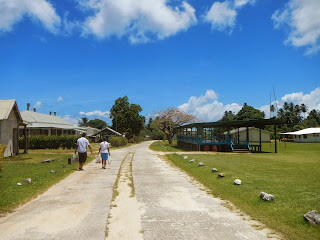 Looking east down the main road at Government station. 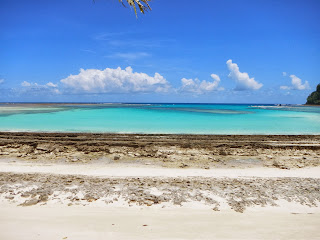 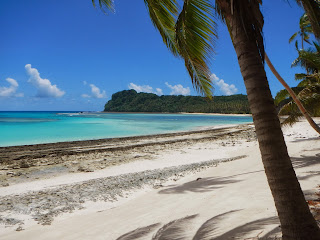 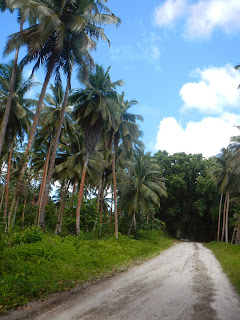 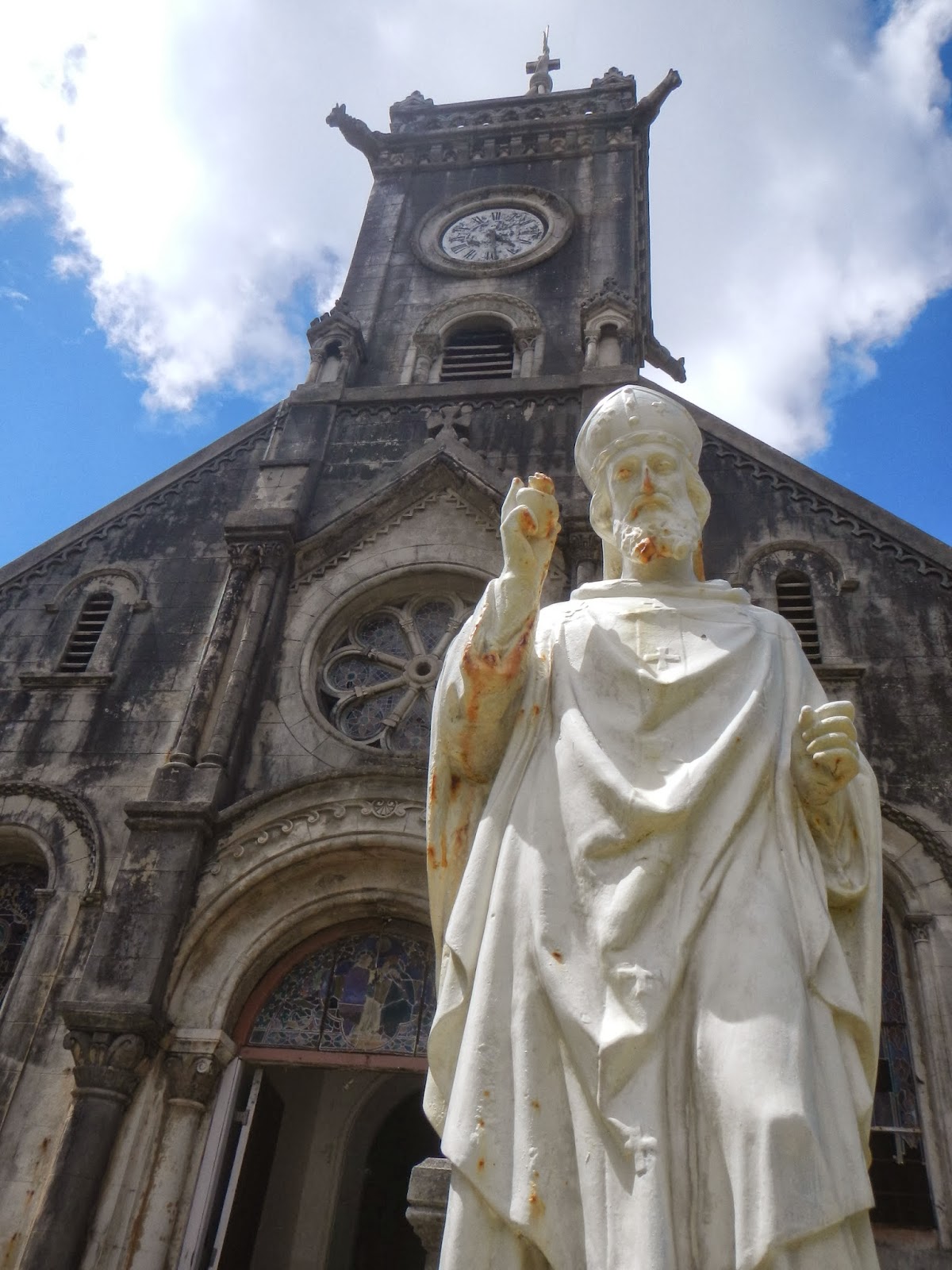 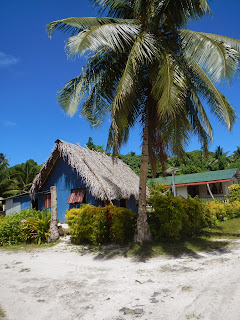 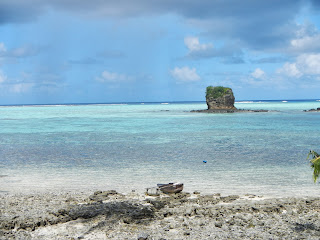 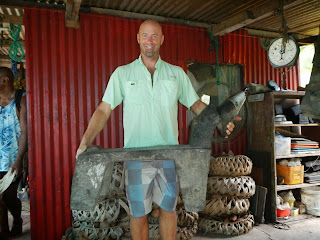 Cool coconut scraper in the form of a animal shaped bench called a Tau or Tua? 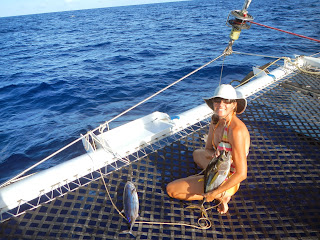 Kathy with a skipjack and yellow fin we caught near the whaf.