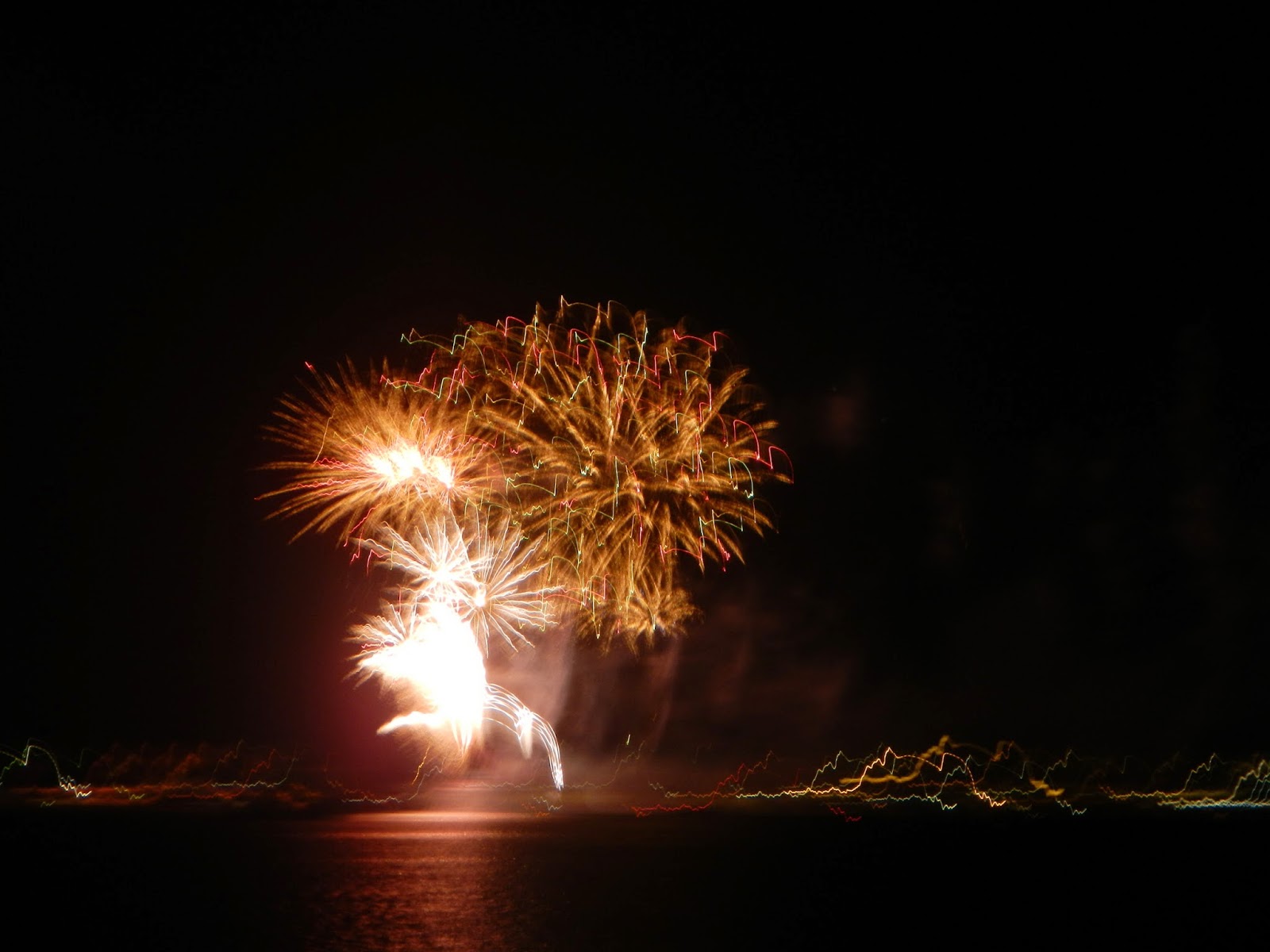 I captured these photos with a 4 second exposure aboard LightSpeed. 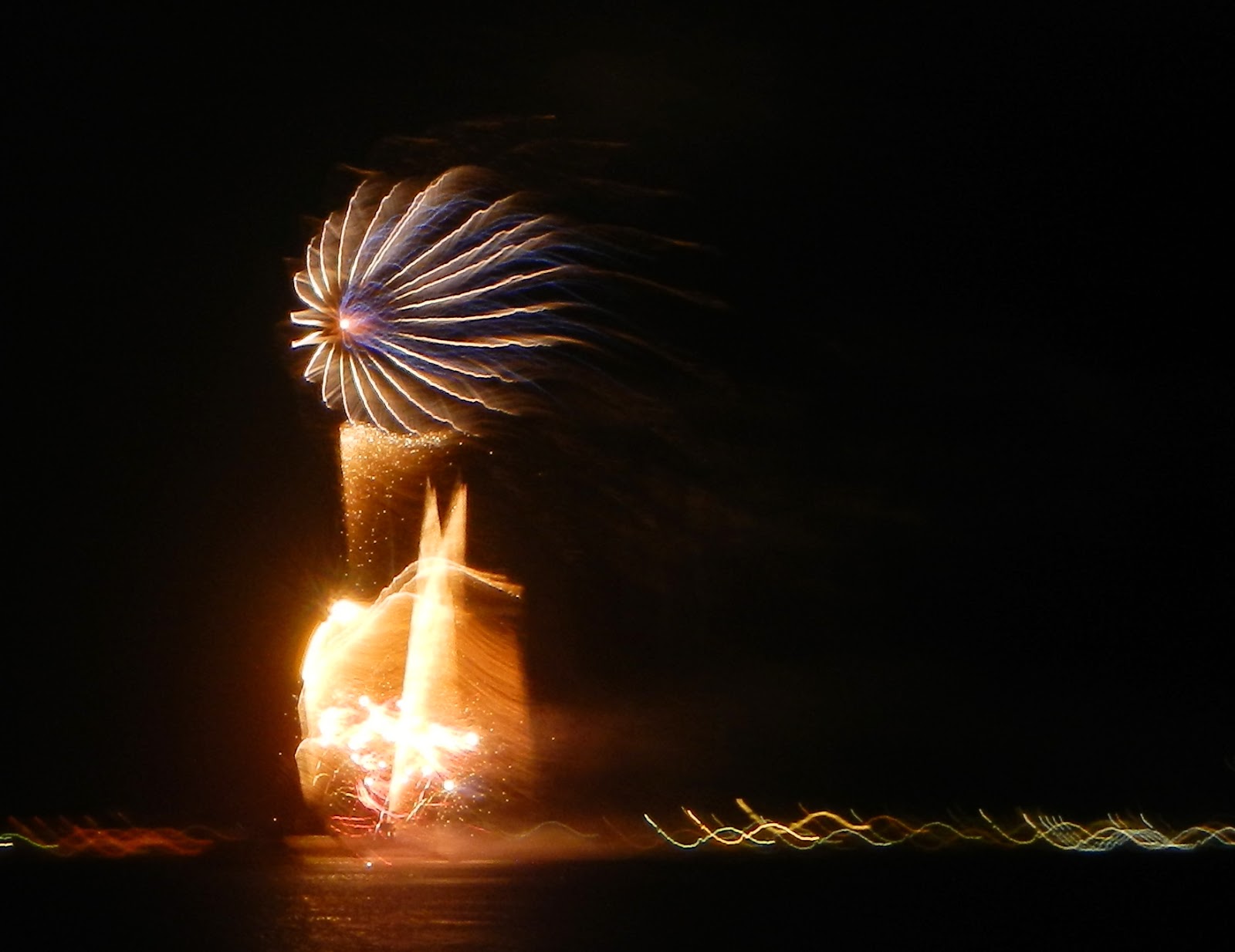 In this photo you can see the shore lights in the form of a nice sine wave as a passing boat wake rocked the boat. 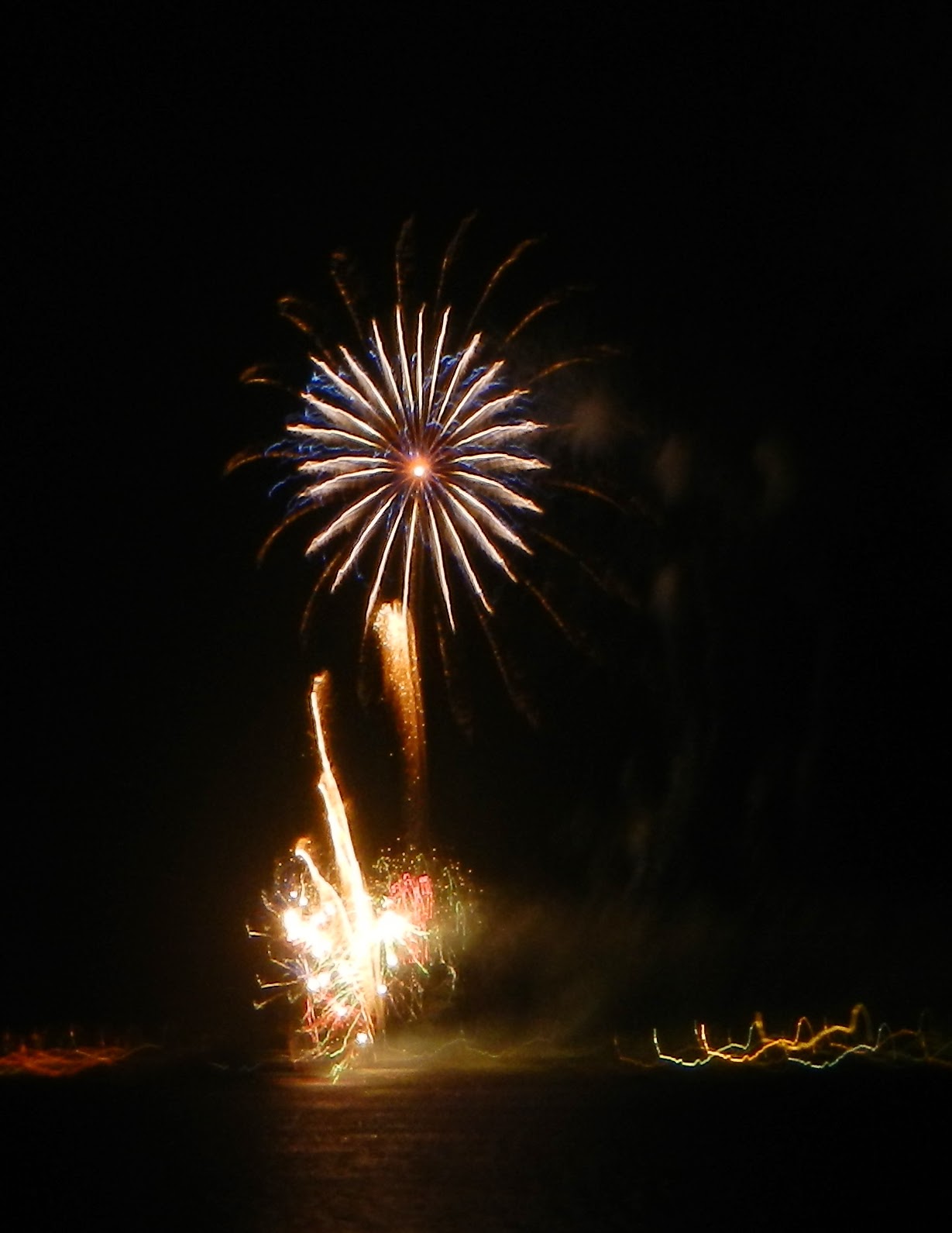 A nice show that lasted about 20 minutes. 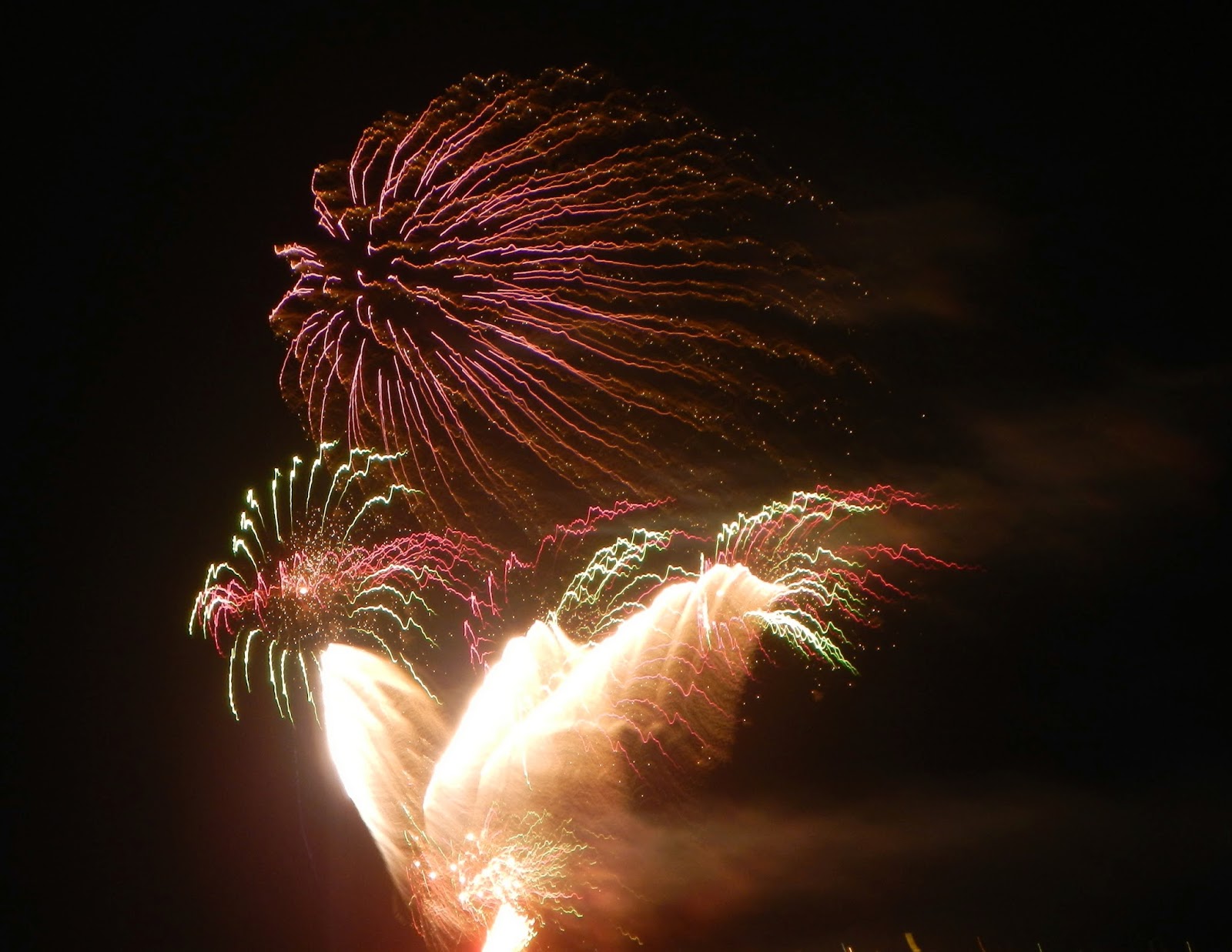