Just plucked a guy out of 52F water, later we found out he'd overturned his boat some 5 hours earlier.  All the symptoms of severe hypothermia including slurred speech, with the cold robbing all but the last of his metal acuity.  Getting him aboard was touch and go as his strength and motor skills were nearly paralyzed by the cold.

Surmounting 2 of the 3 stern steps was like the Hilary step of Everest.  We stopped to rest for awhile after those 2 steps.  I directed hot water from our stern step shower on to his core by shoving the shower nozzle down inside his lifejact, coat and shirt.  I' m no expert but I know getting heat to the core is critical and warming extremities is bad.

We attempted to take his temperature, but our digital thermometer only showed dashed lines indicating that Brian's temp was well below any normal sort of range.  After exhausting our hot water supply at the stern we pushed forward to the cockpit, another major achievement.  There we pulled off the outer most layers and boots and then made our way to the inside shower/sauna.

The heater in the shower was cranked up and we had 4kw of heat blasting into a very small space.  Brian protested a bit once he started to unthaw, but feeling his skin, he was still very cold.  In the interim Kathy had contacted the US Coast Guard and relayed all the details such as person in water for 5 hours and our current lat/lon position.

The discussion with the Coast Guard put a heavy burden on Kathy and I to make a medical judgement call on evac or continue to port with Brian onboard.  Reflecting on the situation, I believe the USCG  failed to appropriately respond to the information we supplied.  In hindsight I should have pressed for an immediate helo-evac.  Who was I to decide the level of risk of keeping Brian on board or airlifting to a hospital?

In the end it turned out all right as we effectively warmed him back up.

After several hours aboard steaming back toward Roche harbor it was clear he was going to be OK, but what if he wasn't?

After 9 years aboard in the third world, we may have become too self reliant with little expectation for outside help.  In the process of reentering the first world our third world attitudes may have very well endangered the person we were humbly able to help today. 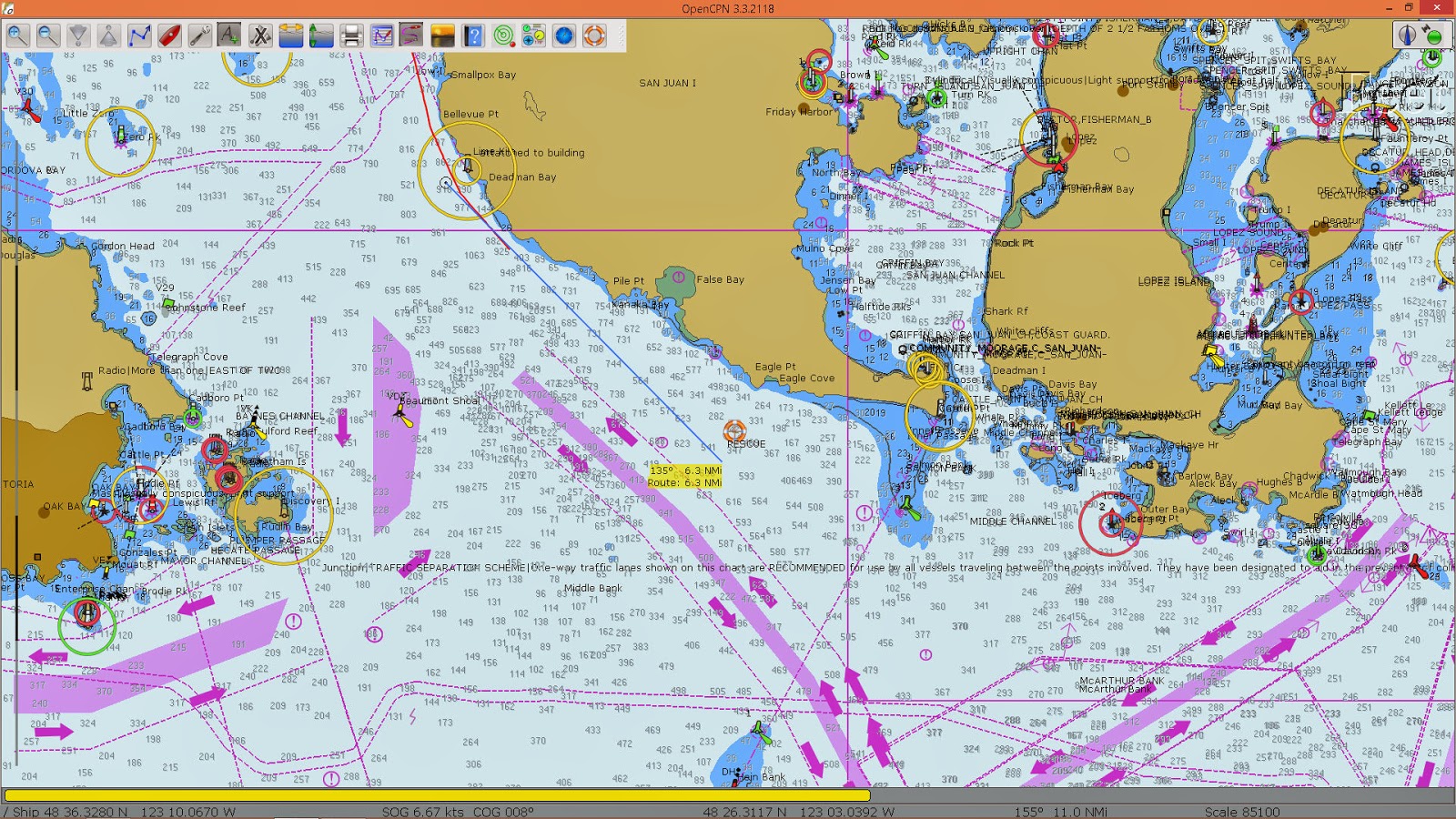 Boat capsized near Lime Kiln and drifted on the strong ebb nearly 6 miles to the SSE.  With the tide setting to the south Brian was quickly slipping away from any possible self rescue. 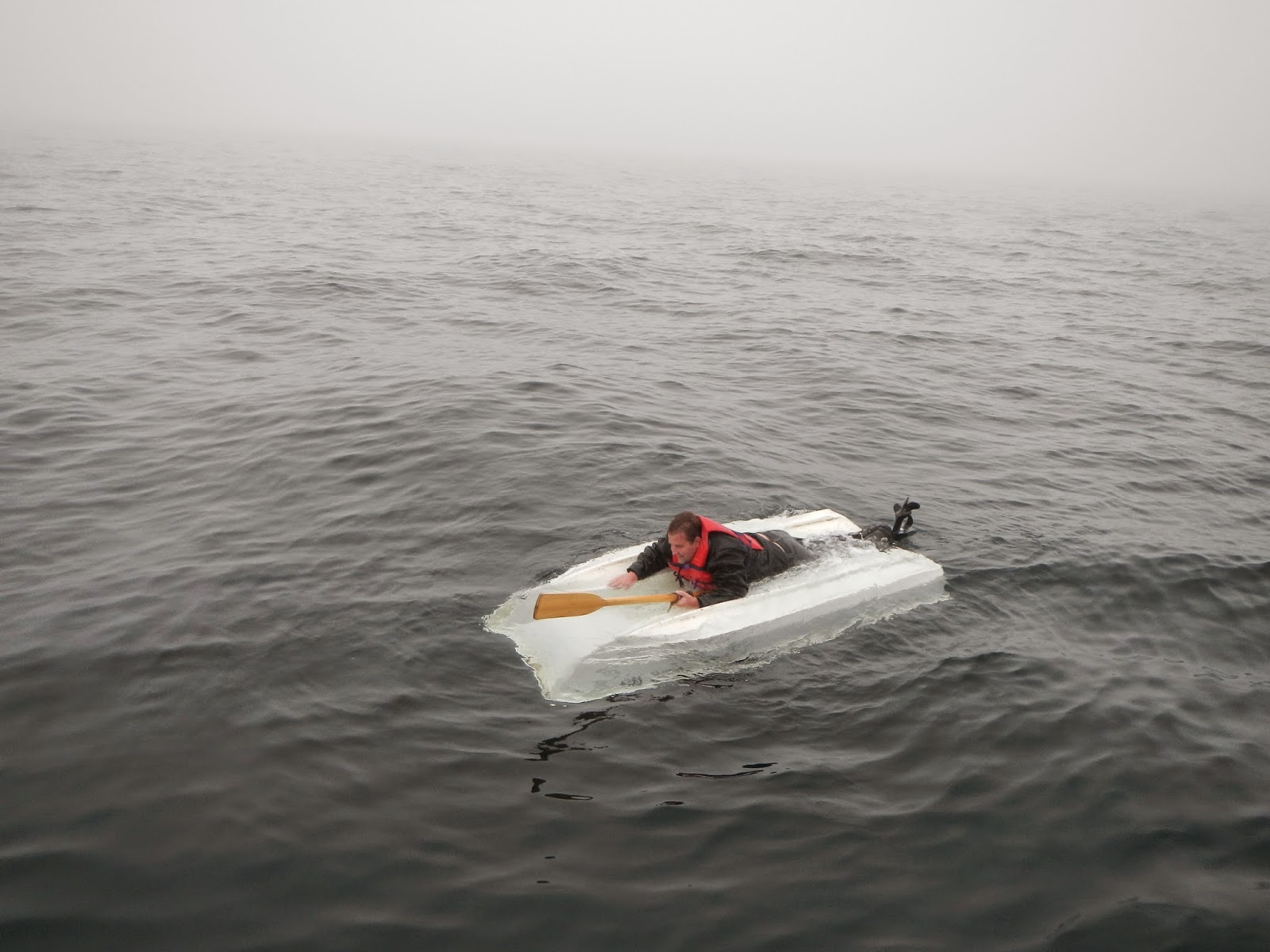 With thick fog, we were lucky to see Brian waving an oar from atop the overturned Livingston.  Visibility was maybe 100 yards. 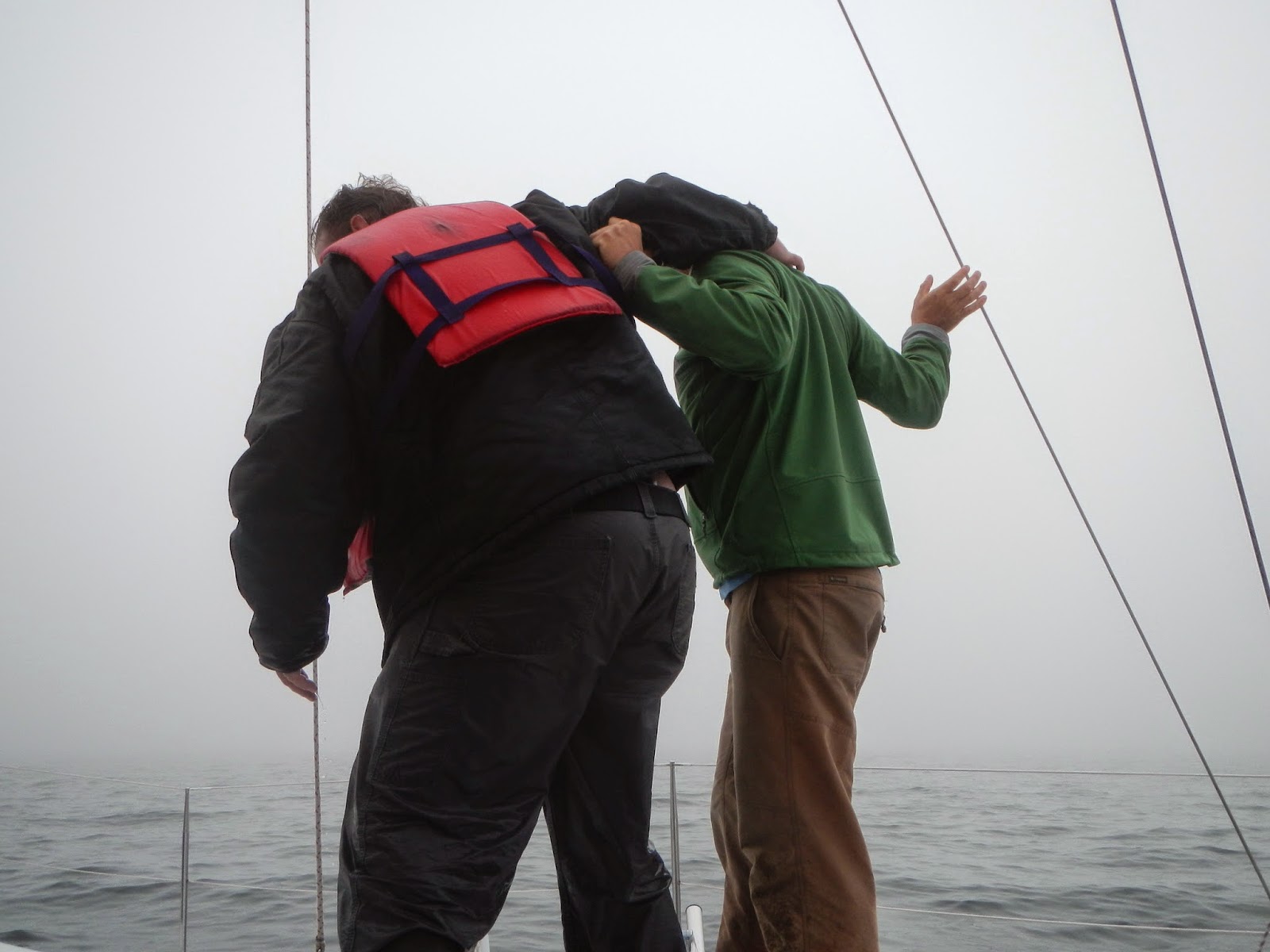 After being in the water for about 5 hours, Brian had nearly lost his ability to move his legs. 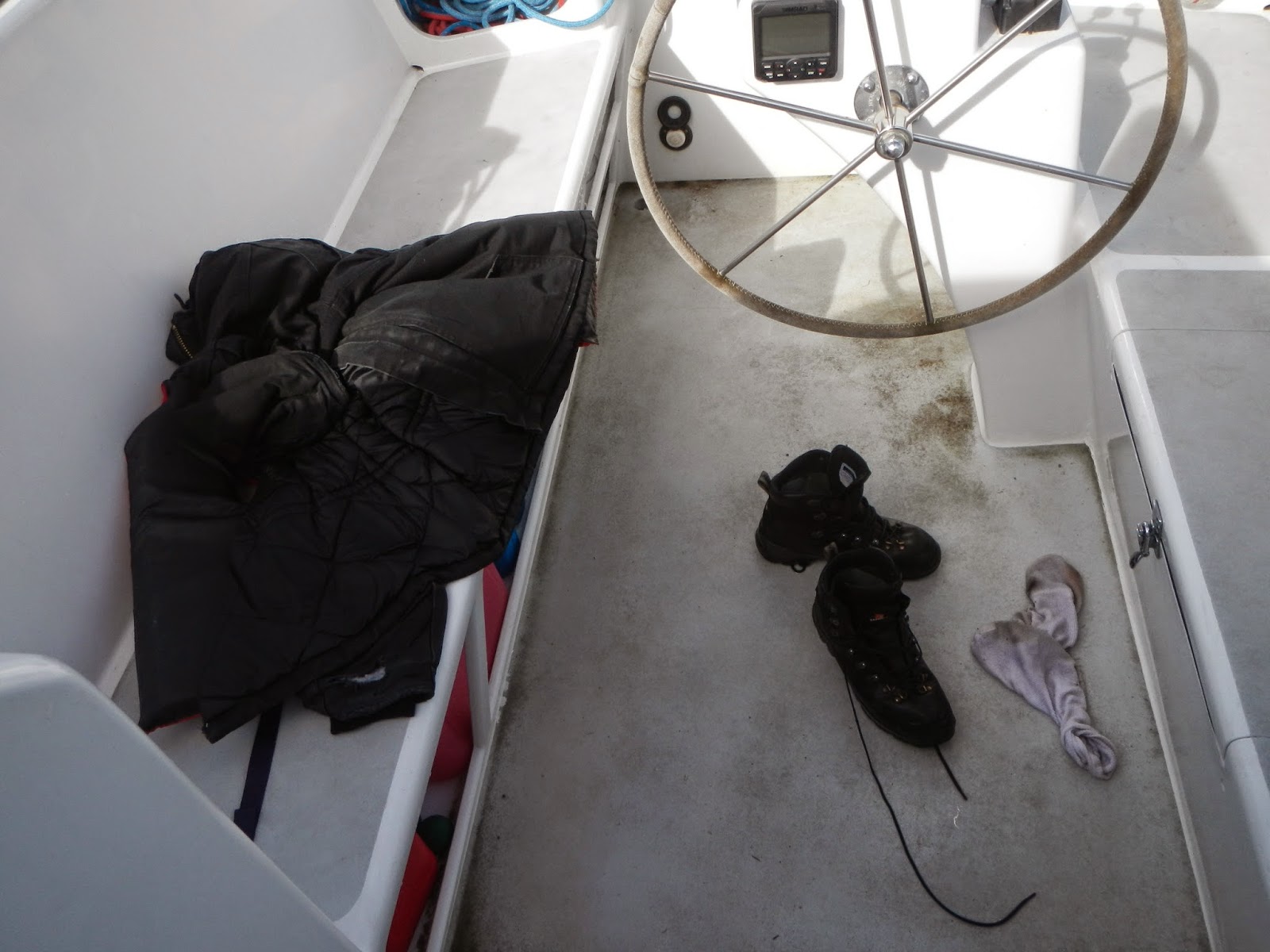 Wet clothes off and into our shower/sauna to warm up. 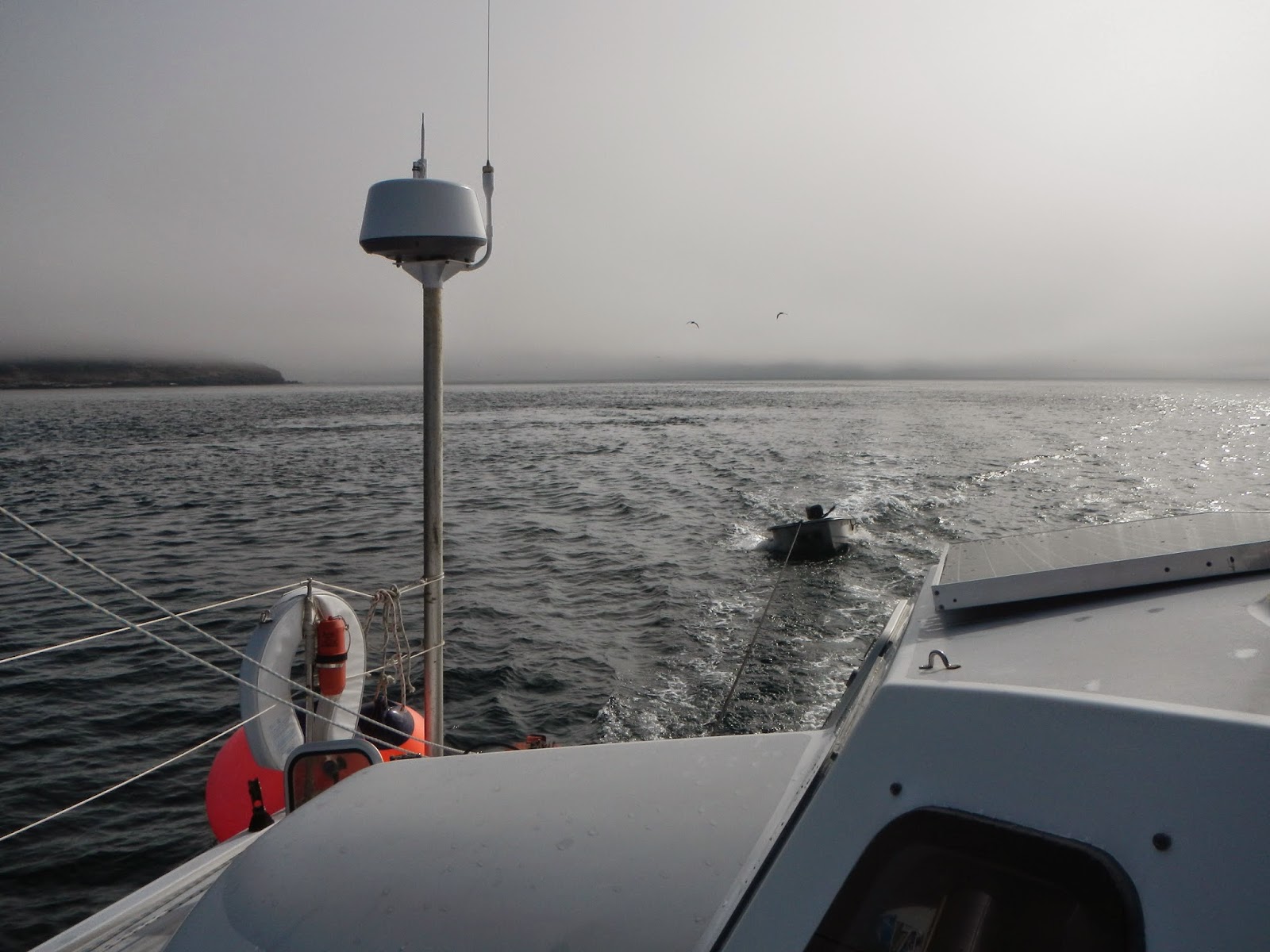 I used our spinnaker halyard to right the Livingston, but made no attempt to bail it out and immediately put in tow at full speed ahead. 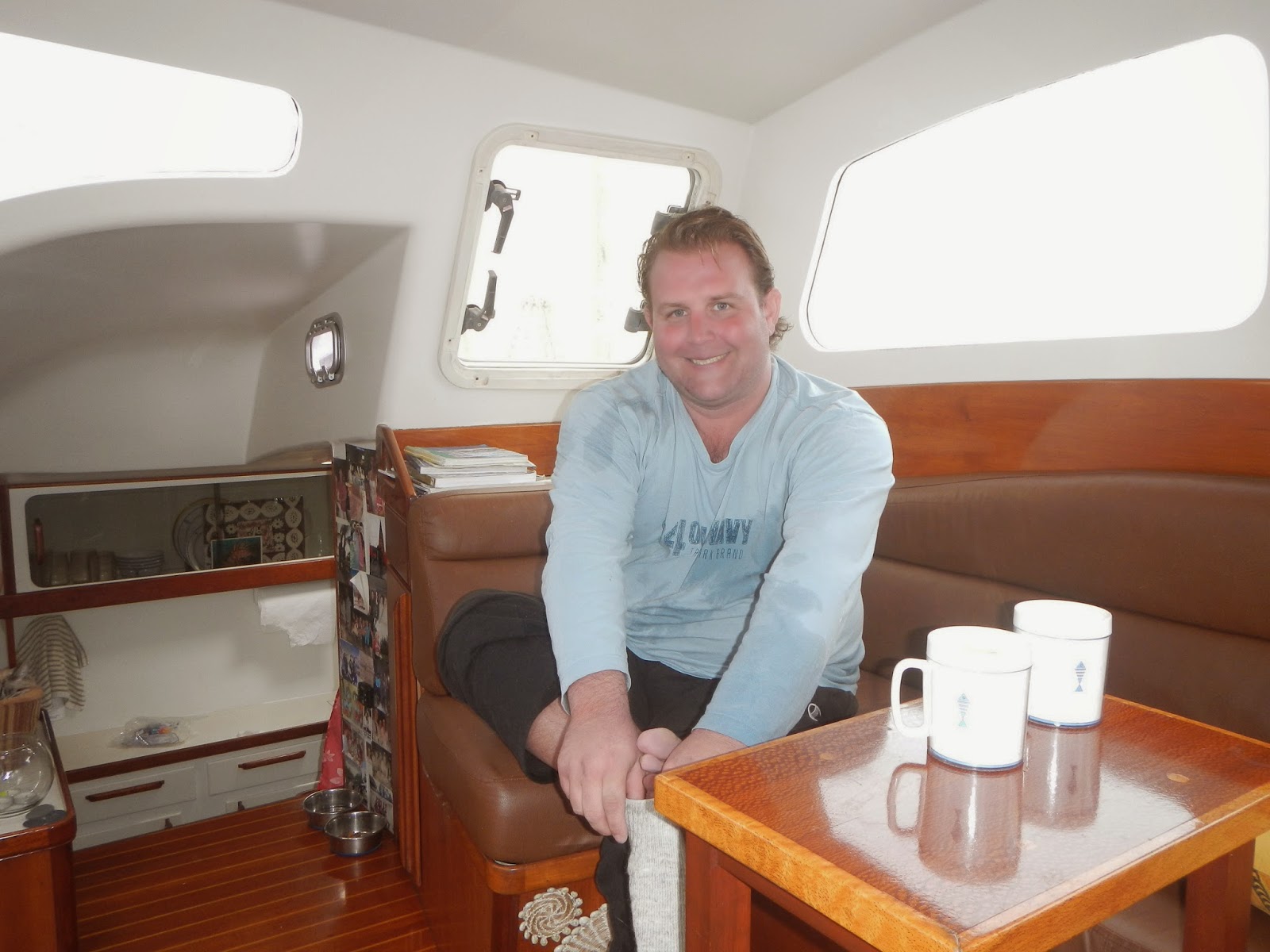 Brian looking pretty rosy after over an hour of warming up and getting into some warm clothes while he enjoys a cup of hot chocolate. 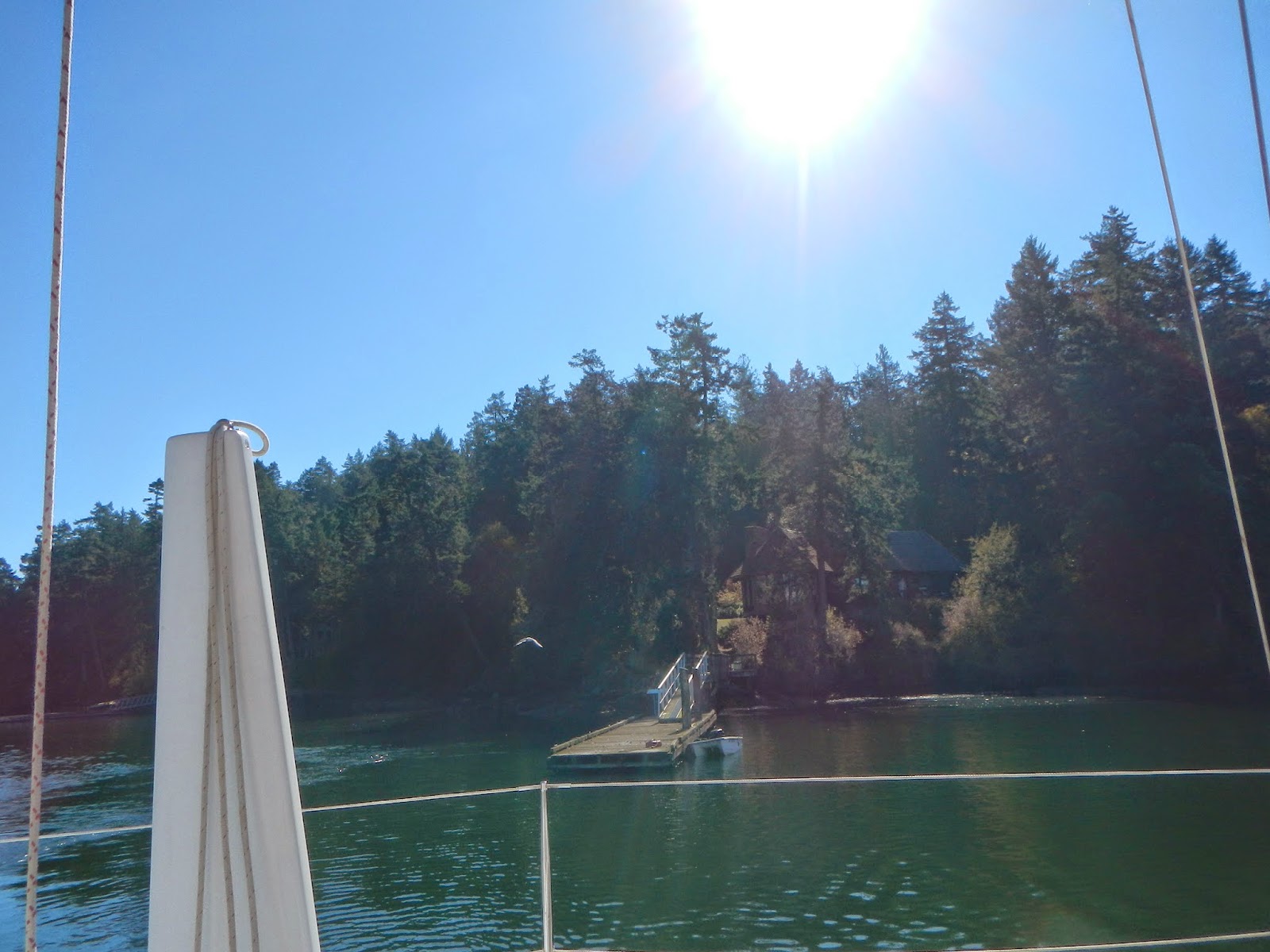 Brian and boat back safely to grandmas house.