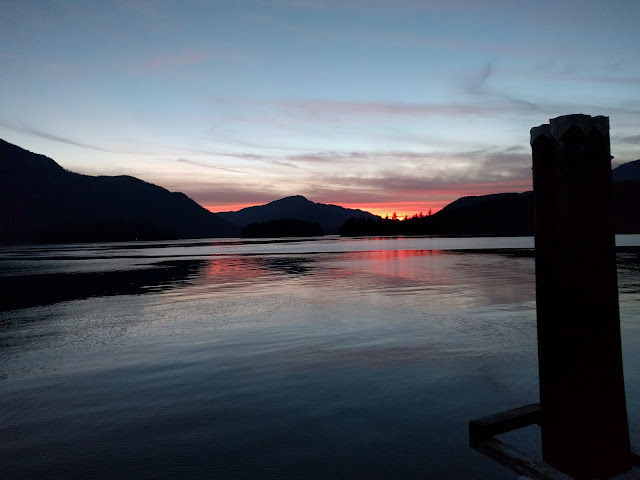 Amazing daytime weather and spectacular sunsets accompanied a recent 700 mile plus journey aboard power catamaran 'Gizmo' running the length of Vancouver Island and back in just 8 days.  An fast paced adventure to be sure. 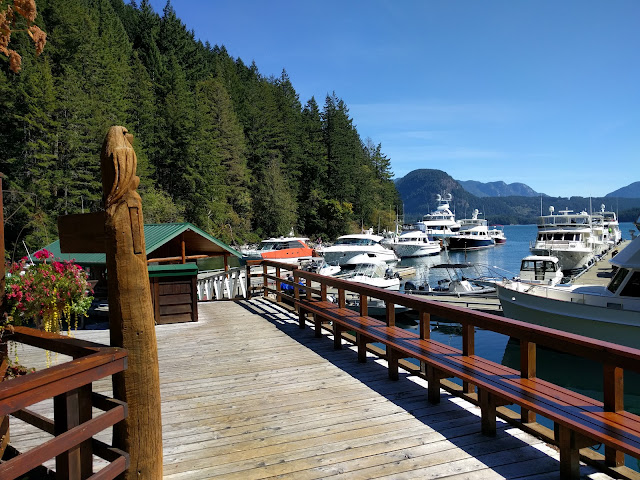 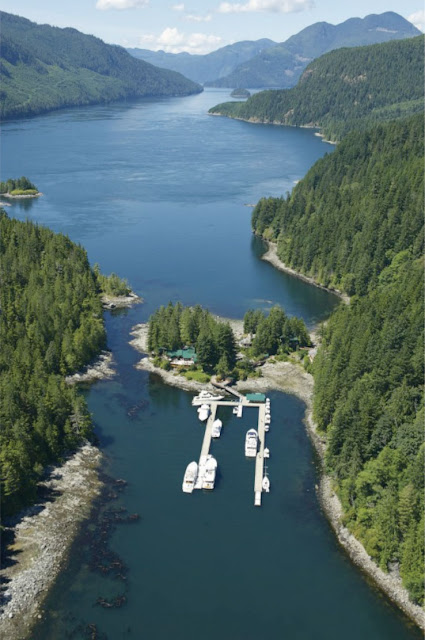 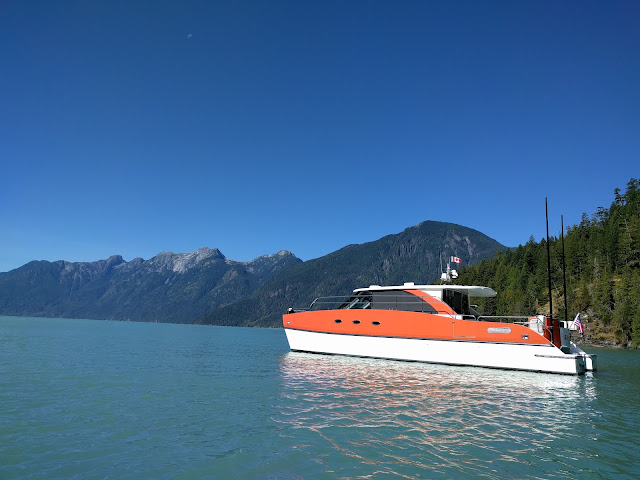 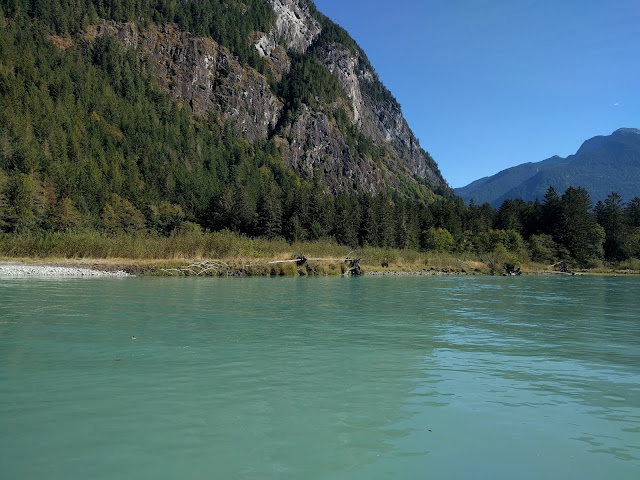 Grizzly bear along the Orford River. 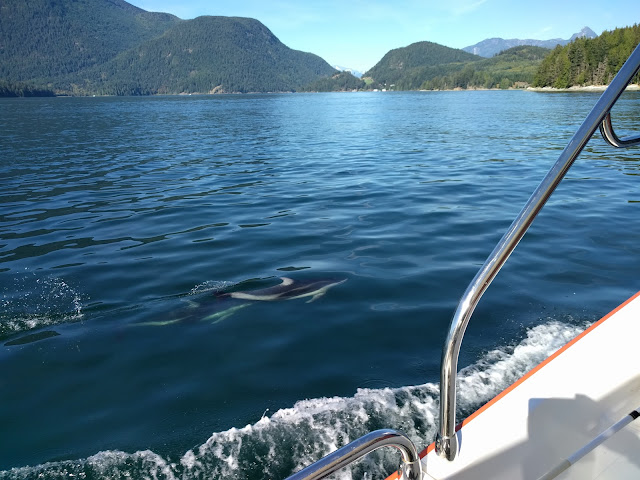 Near Dent Rapids we encountered several hundred porpoise whom enthusiastically frolicked in the bow and stern wakes. 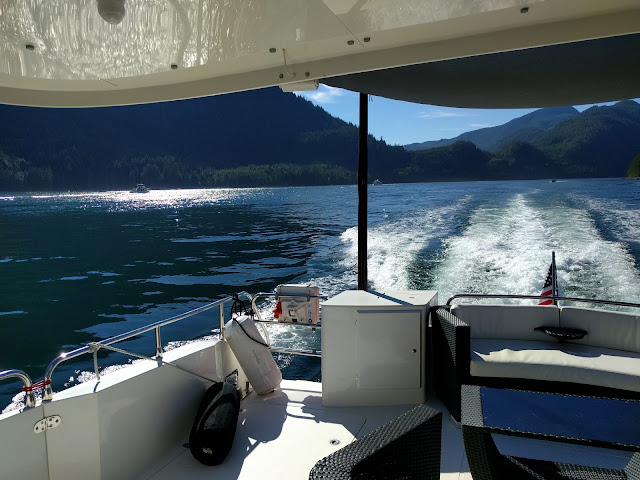 Gizmo's back deck as we cruise along the beautiful waterways of British Columbia. 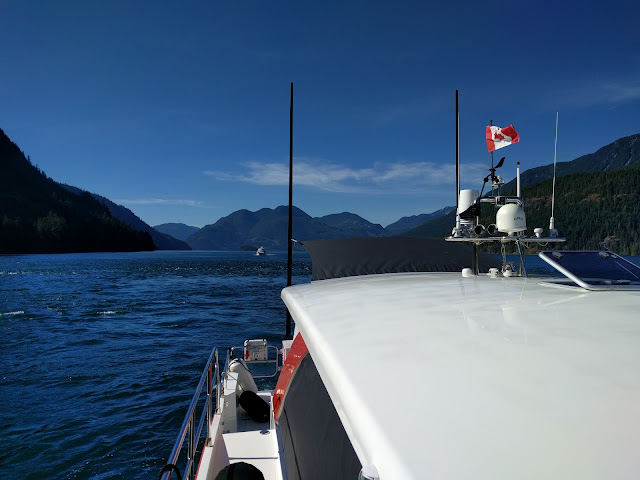 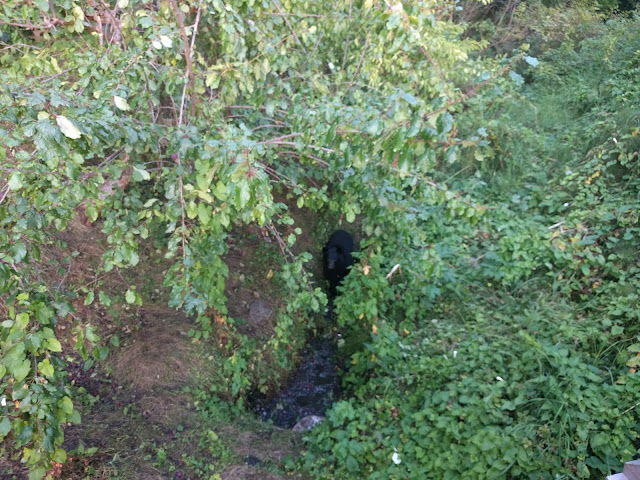 Black bear at Lagoon Cove Marina in the Broughton Archipelago, home of the largest marine park in British Columbia, Canada. A few moments later I threw a big rock at the bear to scare him away from the marina grounds.  Bears and people don't mix. 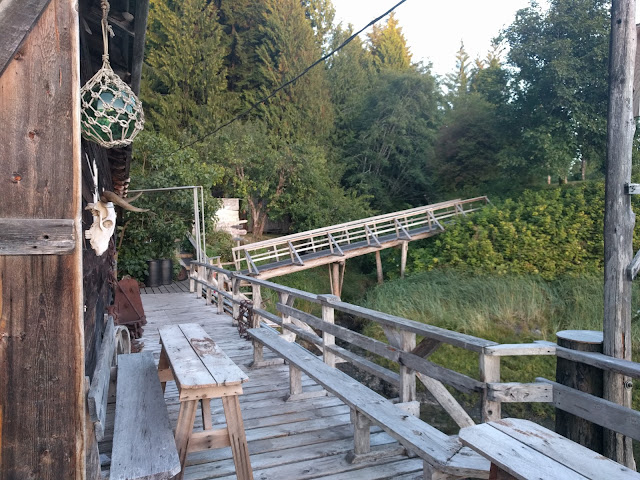 You can see the same bear under the ramp. 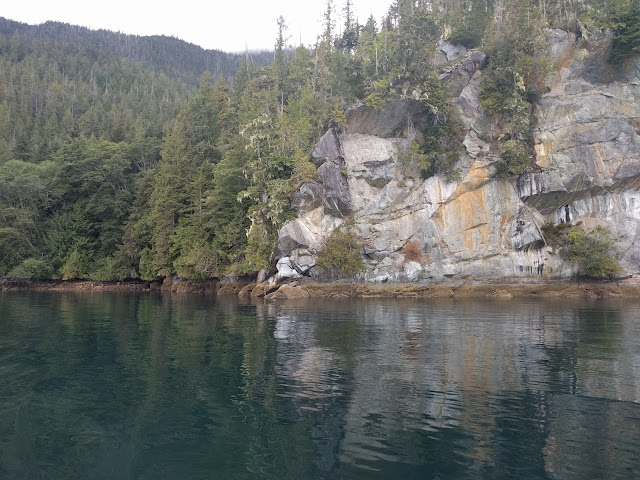 Spectaular scenery and abundant wildlife are the norm along the inside passage. 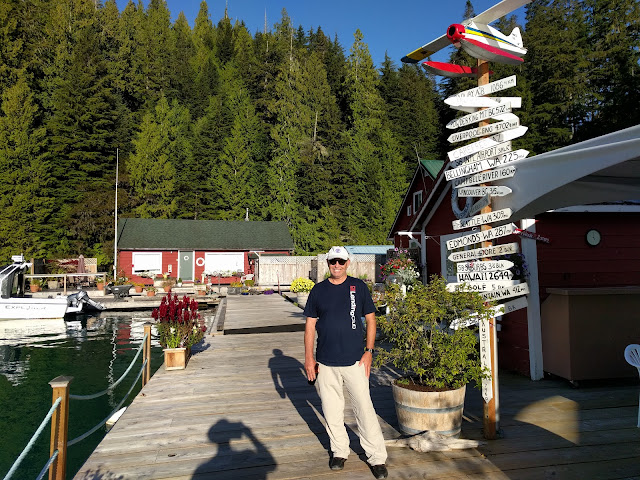 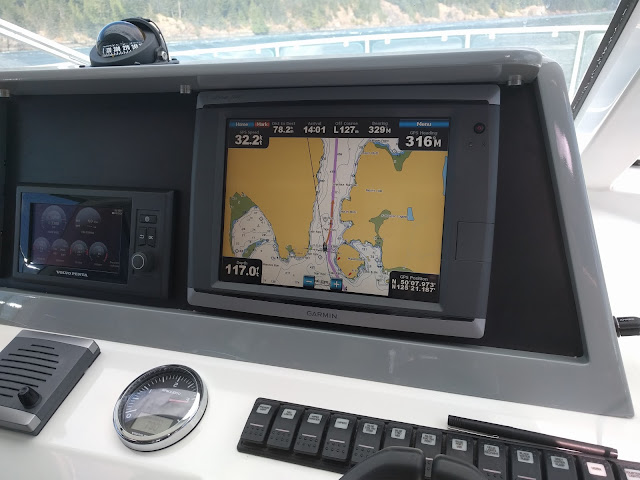 Hitting 32.2 knots speed over ground as we run Seymour Narrows at max ebb of 12-14 knots.  Gizmo had no trouble with the confused seas and whirlpools of Seymour, despite max ebb conditions and 20-25 knots adverse wind out of the north.
Posted by David Kane at 11:06 AM